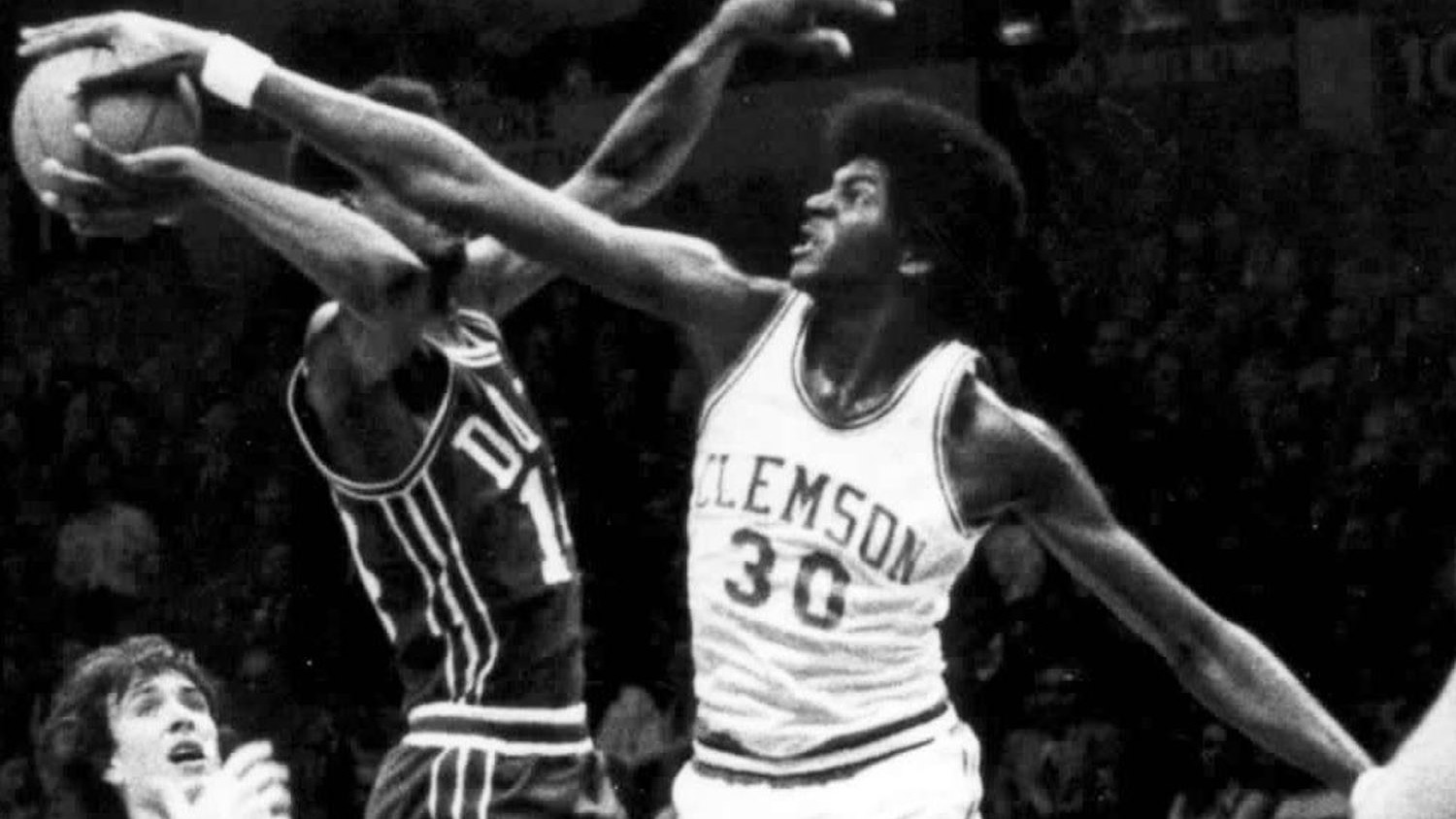 CLEMSON, SC – Former Clemson All-American Tree Rollins will be Clemson’s representative at the ACC Tournament in the league’s 2014 Legend’s Class. Rollins was a second-team All-American as a senior in 1976-77 and was named one of the ACC’s Top 50 players in 2002 in conjunction with the ACC’s 50-Year celebration.

Rollinswas a true dominating big man at center, is one of the great rebounders and shot blockers in league history. He started 110 consecutive games for the Tigers from 1973-77 and never missed a start in his four years with the program. He started two years under Tates Locke and two years under Bill Foster.

The native of Cordele, GA helped lead the Tigers to a 71-39 record (.645) during his career.  Rollins twice led the ACC in rebounding (1975, 1977) and led the conference in shot blocking in 1977, the first year the league kept the statistic. He still ranks fifth in the ACC in career rebounding with 1,311 boards and an 11.9 per-game average.

He finished his career as the ACC’s career leader in blocked shots. Rollins still ranks third in total blocks with 450, and is still first in blocks per game, averaging 4.1 a contest. Three times he blocked 10 shots in a game and he is one of only five players in ACC history to record more than one triple-double, twice accomplishing the feat.

Three times named to the All-ACC second-team, Rollins earned second-team All-America honors as a senior. The 14th overall selection of the 1977 NBA Draft, he played 18 seasons in the NBA, the first 11 with Atlanta. He also played for Cleveland, Detroit, Houston and Orlando. He is one of only three ACC players to have played as many as 18 seasons in the NBA along with UNC’s Jerry Stackhouse and Duke’s Grant Hill.

The Legends will be honored at this year’s ACC Men’s Basketball Tournament in Greensboro at the annual ACC Basketball Legends Brunch, which will be held on Saturday, March 15, beginning at 10 a.m. in the Guilford Ballroom of the Sheraton Four Seasons Hotel. The event will include a short autograph session with the Legends at the conclusion of the Brunch. Tickets for the ACC Men’s Basketball Legends Brunch are priced at $35 each, and tables of 10 are available for $350 each. Information on purchasing tickets may be obtained at theACC.com.