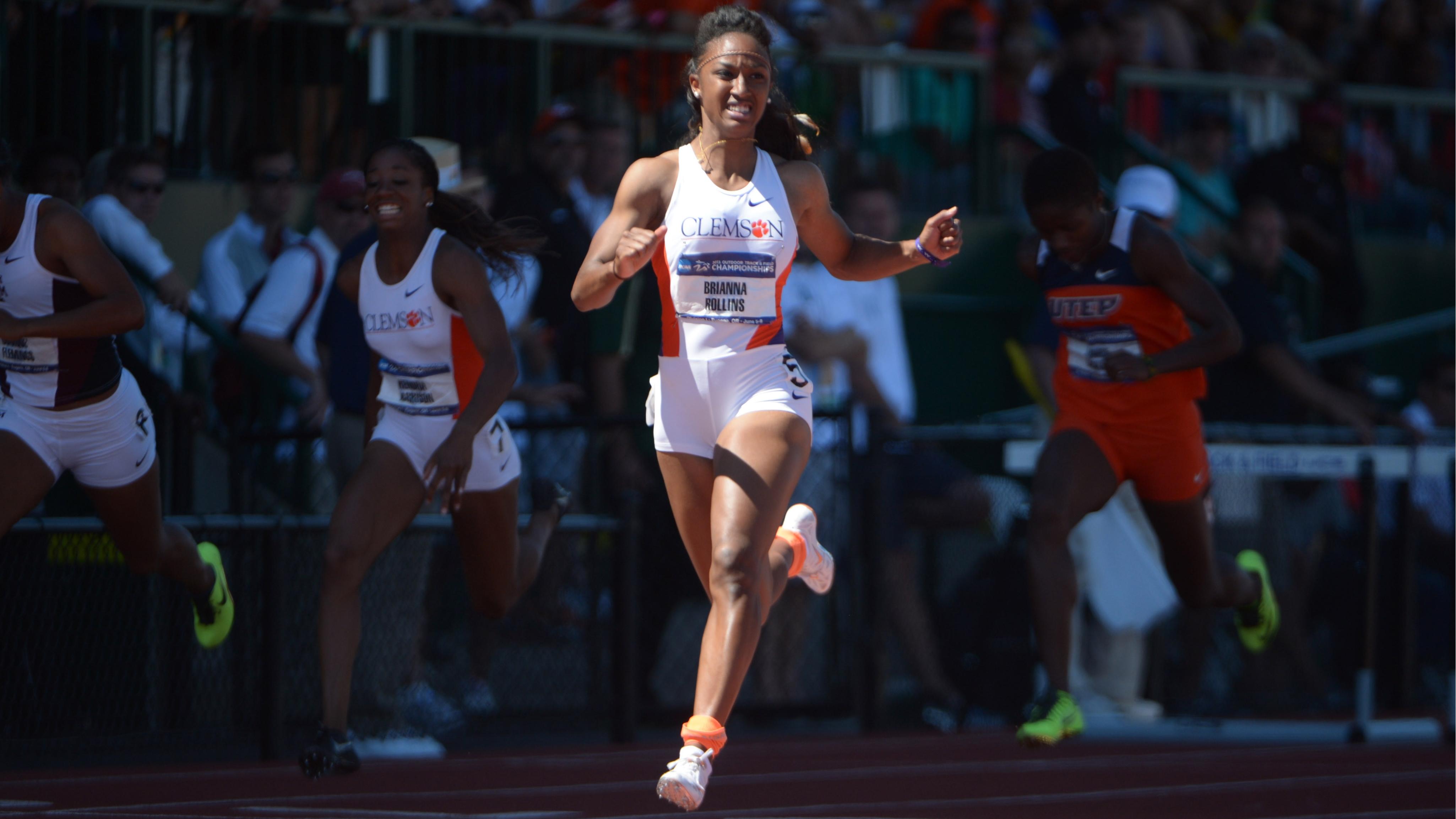 CLEMSON, SC – On the heels of her record-breaking performance at last week’s NCAA Outdoor Championships, Clemson standout Brianna Rollins has been named USA Track & Field’s Athlete of the Week. It is the third National Athlete of the Week honor this season for Rollins, who previously was cited twice by the U.S. Track & Field and Cross Country Coaches Association for her efforts. USATF made the announcement Wednesday.Rollins established NCAA records in the 100 hurdles in both the semifinals and final, running respective times of 12.47 and 12.39. She captured her third NCAA National Championship in the hurdles, her first outdoor crown. Rollins’ 12.39 also broke the facility record at the University of Oregon’s Hayward Field – the site of the last two U.S. Olympic Trials and multiple USA Championships as well.With the victory, the Miami, FL native became the second female in Clemson history to secure three National Championships. Tina Krebs, a member of the school’s Ring of Honor, is the other. Rollins is the first Tiger to win three National Championships in any sport since men’s track & field sprinter Shawn Crawford did the same from 1997-2000.Now in its 12th year, USATF’s Athlete of the Week program recognizes outstanding performers at all levels of the sport. Previous winners in 2013 include current professionals Galen Rupp, Darvis Patton, Queen Harrison and Tyson Gay.