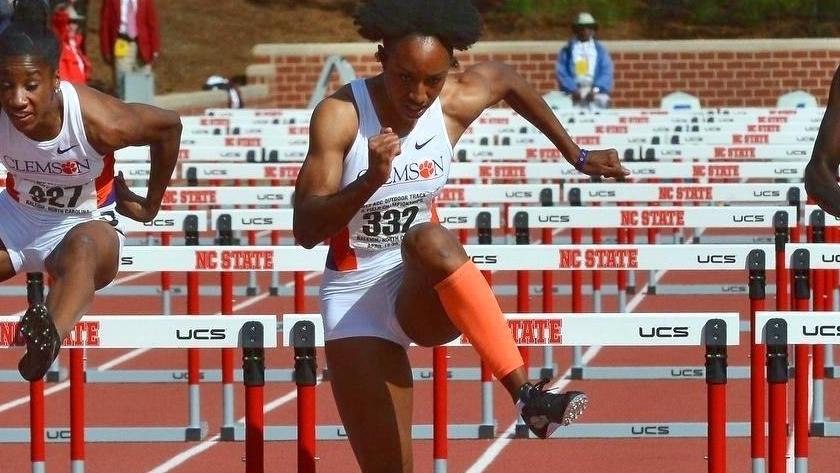 CLEMSON, SC – Brianna Rollins and Brunson Miller gave Clemson a sweep of the final ACC Track & Field Performer of the Week awards for 2012-13 on Tuesday. Rollins received the honor for the fourth time this season, including indoor season, while Miller won the award for a second time, both in outdoor season. Clemson concluded the 2012-13 indoor and outdoor seasons with 13 ACC Performer of the Week awards, most of any school in the conference.Rollins ran the nation’s fastest wind-legal time in the 100-meter hurdles last Friday during the preliminary round at the Georgia Tech Invitational. She broke the George C. Griffin Track Complex record with a time of 12.68, her second-best time this season but best with a +2.0 wind reading or less. Her time ranks fourth-best in the world this season, while only five athletes in NCAA history have run faster in the 100 hurdles than Rollins’ 12.68.Miller clocked a personal best in the 400 dash on Saturday at the Georgia Tech Invitational. The native of Murrells Inlet, SC ran a time of 45.88 and was the top collegiate finisher at the meet. His time ranks sixth in the East Region and 12th among NCAA athletes this season. Miller was the ACC runner-up in the event last month.