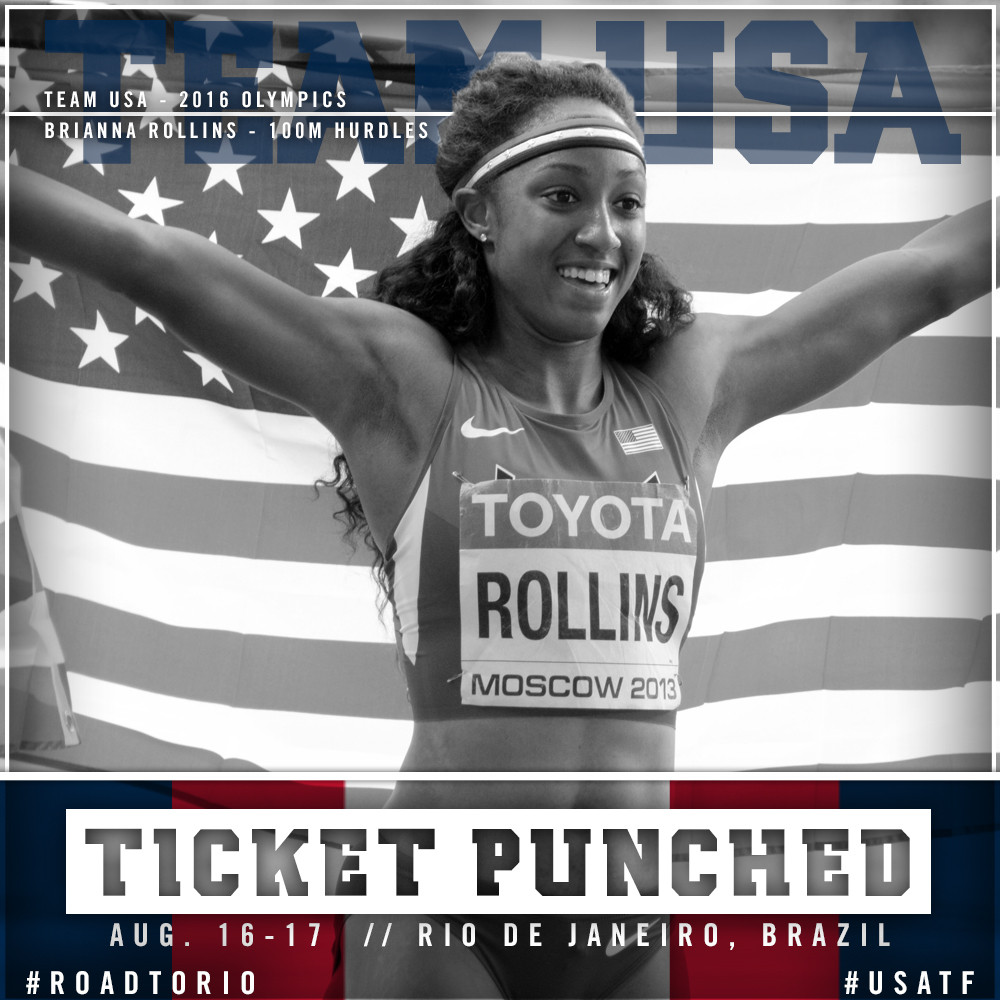 CLEMSON, S.C. — Former Clemson great Brianna Rollins made history Friday, becoming only the second female in women’s track & field program history to make the U.S. Olympic Team. Rollins, a 2013 Clemson graduate and winner of The Bowerman, will compete for the red, white and blue in the 100 hurdles on August 16-17 in Rio de Janeiro, Brazil. She is the third confirmed women’s track athlete from Clemson to advance to the 2016 Olympic Games, joining Natoya Goule of Jamaica and Joana Costa of Brazil.

Rollins joins Kim Graham (1996) as the only Clemson female track athletes to make Team USA. Rollins did so after posting a time of 12.34 in Friday’s final, where she finished in first place. She coasted into the semifinal round with a preliminary-round best 12.56 on Thursday.

Rollins, former American record-holder in the 100 hurdles, was the 2013 World Champion in the event and fourth-place finisher in 2015. She won three NCAA Championships as a Clemson Tiger from 2010-13, culminating with a pair of collegiate hurdle records her senior year.