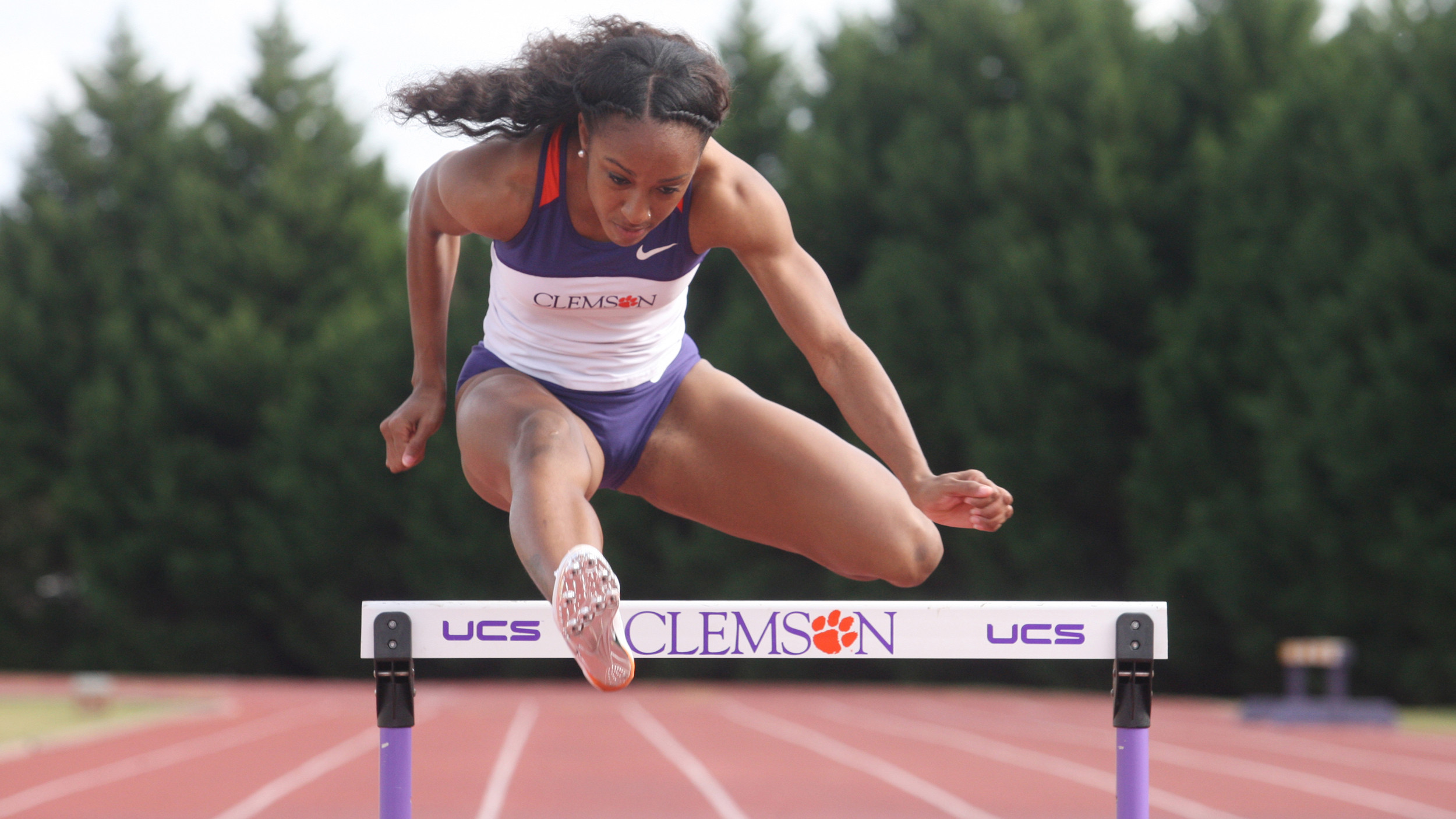 CLEMSON, SC – Brianna Rollins established a George C. Griffin Track record in the women’s 100 hurdles during the qualifying round at the Georgia Tech Invitational on Friday in Atlanta. The red-shirt junior posted a time of 12.68 despite a headwind of 1.5 meters per second, one of the fastest times in the country and world so far this outdoor season. She and teammate Keni Harrison qualified for Saturday’s final to highlight day one for Tiger track & field at the final meet of the regular season.

Spencer Adams also qualified for the finals in the high hurdles. The Tiger senior and ACC Champion in the 110 hurdles composed a time of 13.64, by far tops in the qualifying round. He will run the final tomorrow afternoon.

Three Tigers moved on to Saturday finals in the 100-meter dash. Two members of the men’s team – Tevin Hester (10.32) and Reggie Lewis (10.40) – qualified for the final while competing without sprints leader Warren Fraser, who earned his degree in Clemson on Friday. Dezerea Bryant (11.58) was the second-fastest qualifier in the women’s prelims. Both finals for the 100 will take place Saturday afternoon.

Three field athletes scored top-10 finishes on Friday at Georgia Tech. Merritt Gantt hit a season-best in the javelin throw, finishing in eighth place. The newcomer connected on a throw of 177’11” in the preliminary round. Will Robinson, a senior competing in what could have been his final meet as a Tiger, hit a season-best 23’8″ in the men’s long jump to take eighth place. Mimi Land was ninth in the women’s long jump, hitting a mark of 19’5.5″.

Whitney Fountain was Clemson’s lone competitor Friday at the Virginia Challenge in Charlottesville. The red-shirt sophomore ACC Champion in the heptathlon compiled a total of 3,139 points and is in second place through four of the seven events. She will conclude the event Saturday in the afternoon, and currently has a season-best 5,094 points. Several distance athletes will join her in action Saturday at UVA’s Lannigan Field.