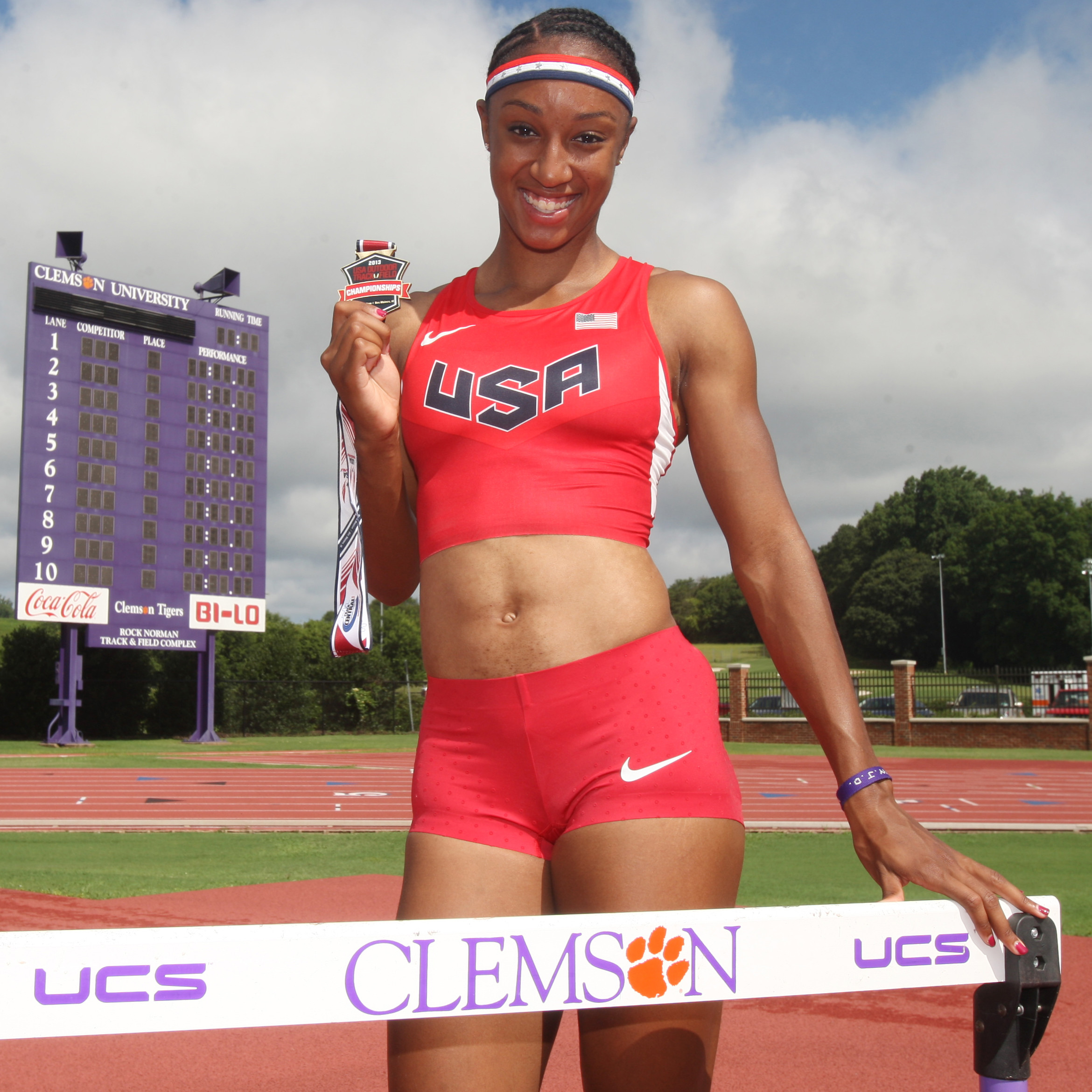 CLEMSON, S.C. — Former Clemson athlete Brianna Rollins posted the fastest time of the morning and advanced to the semifinal round of the women’s 100 hurdles at the Olympic Games in Rio de Janeiro, Brazil. Rollins clocked a time of 12.54 in the final preliminary heat, cruising to the top time ahead of training partner and USA teammate Kristi Castlin (12.68). The semifinals are set for Wednesday at 7:45 p.m., followed by the final at 9:55.

Rollins is a two-time USA champion and 2013 World champion in the event. She owns the second-best time in the world this season at 12.34, and previously held the American record with a personal best 12.26. Rollins won three NCAA titles at Clemson and set collegiate indoor and outdoor records in 2013. She earned a Clemson degree in December 2013, the same month she was awarded The Bowerman as the sport’s top collegiate athlete.

Also in action Tuesday morning was 2003 graduate Joana Costa, a native of the host country. Costa cleared the opening height (4.15 meters) in the women’s pole vault.