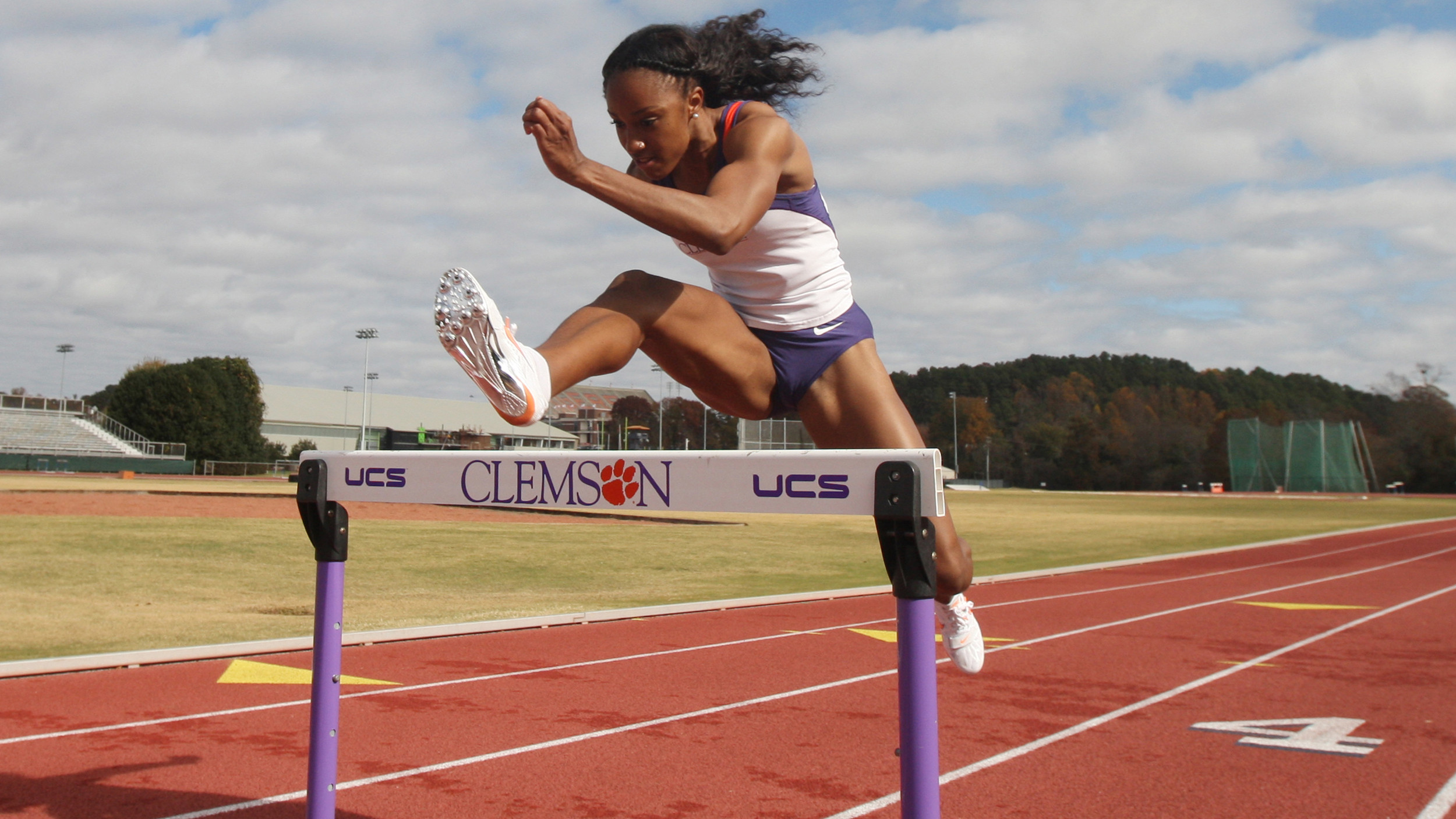 CLEMSON, SC – Clemson track & field athlete Brianna Rollins received honors this week on both the ACC and national level based on her performance at last weekend’s Texas Relays. Rollins was named U.S. Track & Field and Cross Country Coaches Association (USTFCCCA) Co-National Athlete of the Week for Division I women’s track & field late Monday, and received ACC Performer of the Week honors for the third time in 2013 on Tuesday.The red-shirt junior won the 100 hurdles last weekend in Austin, TX at the 86th running of the Clyde Littlefield Texas Relays. Rollins established multiple records in the process. She broke the Clemson record, Texas Relays record and Mike A. Myers Stadium record with a gold medal time of 12.54. Her victory was the first ever by any Clemson track & field athlete – male or female – in the history of the Texas Relays.Rollins’ time eclipsed her previous best of 12.70 from the 2012 U.S. Olympic Trials. Her time of 12.54 came behind a +2.1 meters per second tailwind, barely making it a wind-aided performance by IAAF standards. It was the fourth-best all-conditions time in history according to the USTFCCCA.