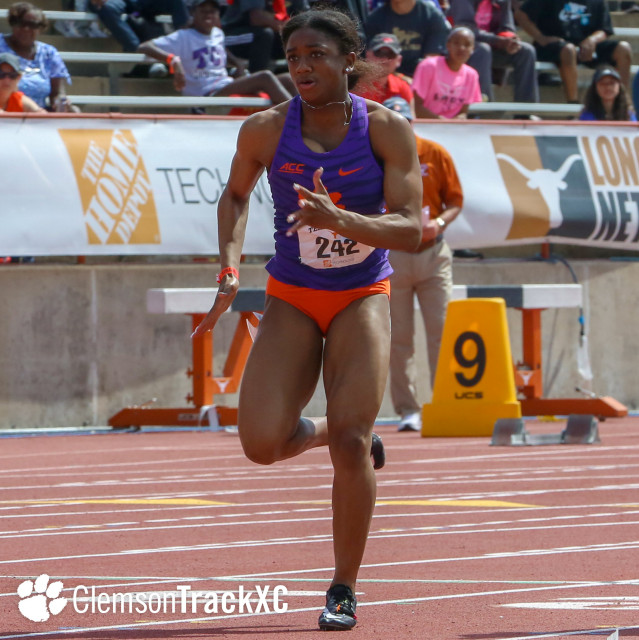 On the men’s side, Nate Gordon Malik Epps, Mpho Makofane and John Lewis also earned a second-place finish for Clemson with a time of 7:26.88. Makofane’s split of 1:51.92 moved the Tigers from third to second on the third leg over Arkansas. Lewis continued to run a strong anchor for the Tigers, registering a split of 1:48.38 to maintain second place.

The meet concluded with the 4x400m relays as both Clemson teams placed fourth overall. The women’s team consisted of Lakeisha Warner, Kendra Clarke, Kamryn McIntosh and Fellan Ferguson, who totaled a time of 3:34.96. Cordell Lamb, Deonte Tolbert, John Lewis and Jeffrey Green crossed the finish line in 3:05.11. Both times are season bests for the Tigers. Entering this weekend, the men’s time of 3:05.11 would rank first in the ACC, while the women’s would be just 0.20 seconds shy of Miami’s conference-leading time.

Up next, Clemson head to Alabama Saturday (March 7) for the Crimson Tide Invitational. Live results can be accessed on clemsontigers.com.