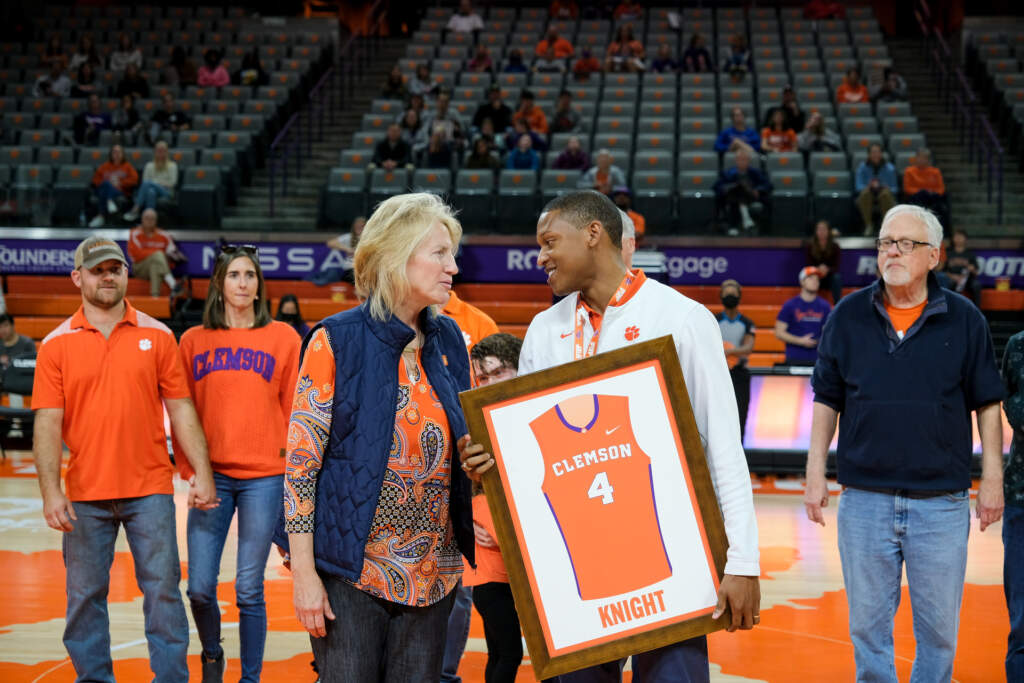 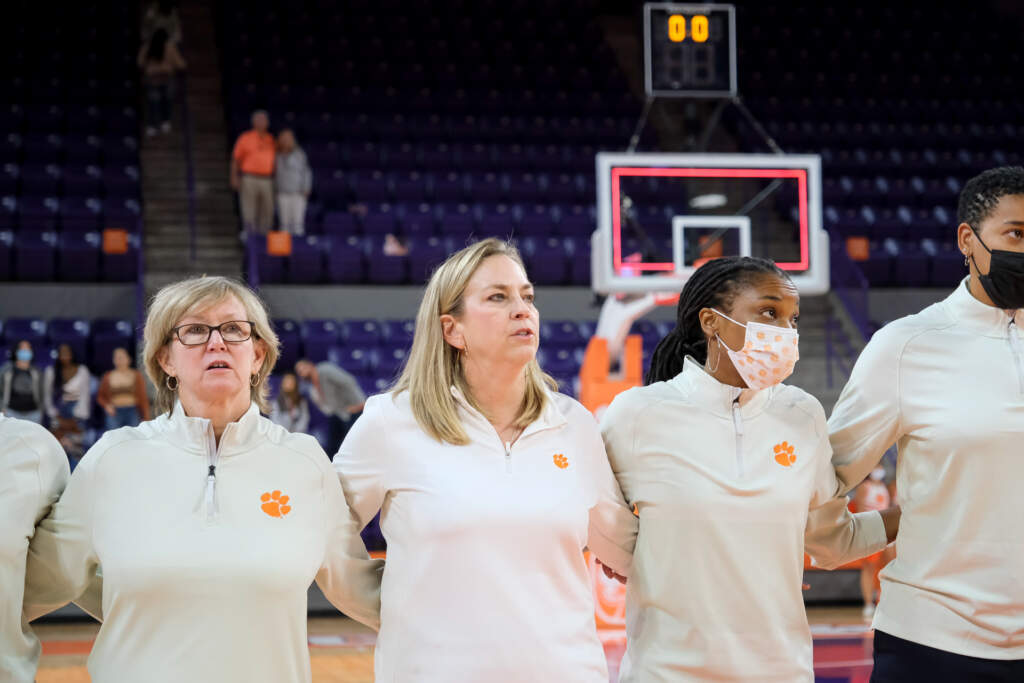 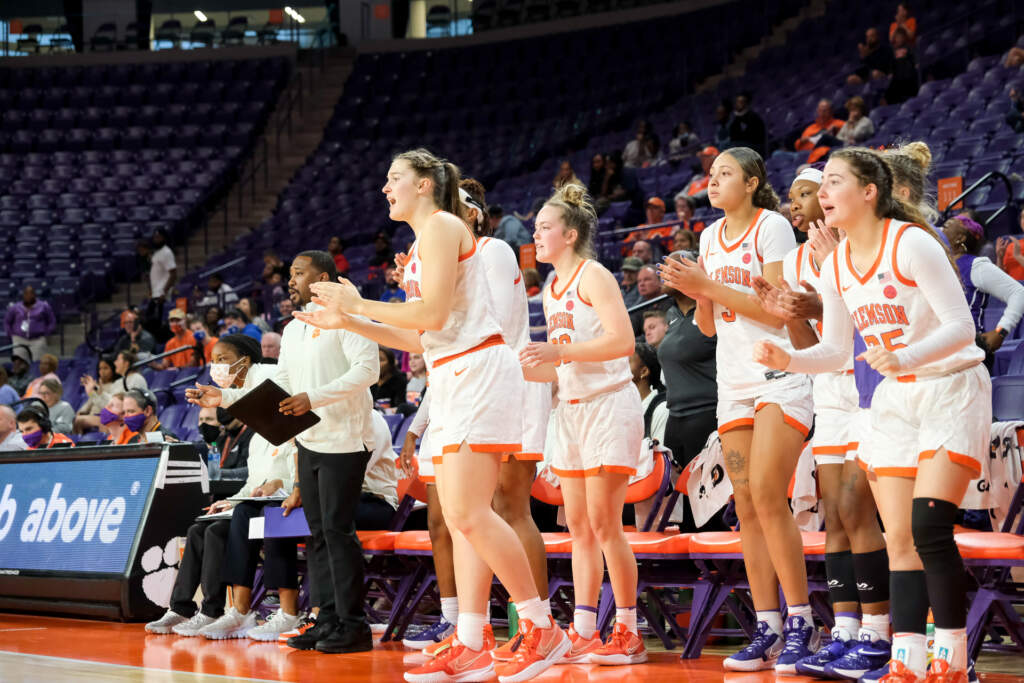 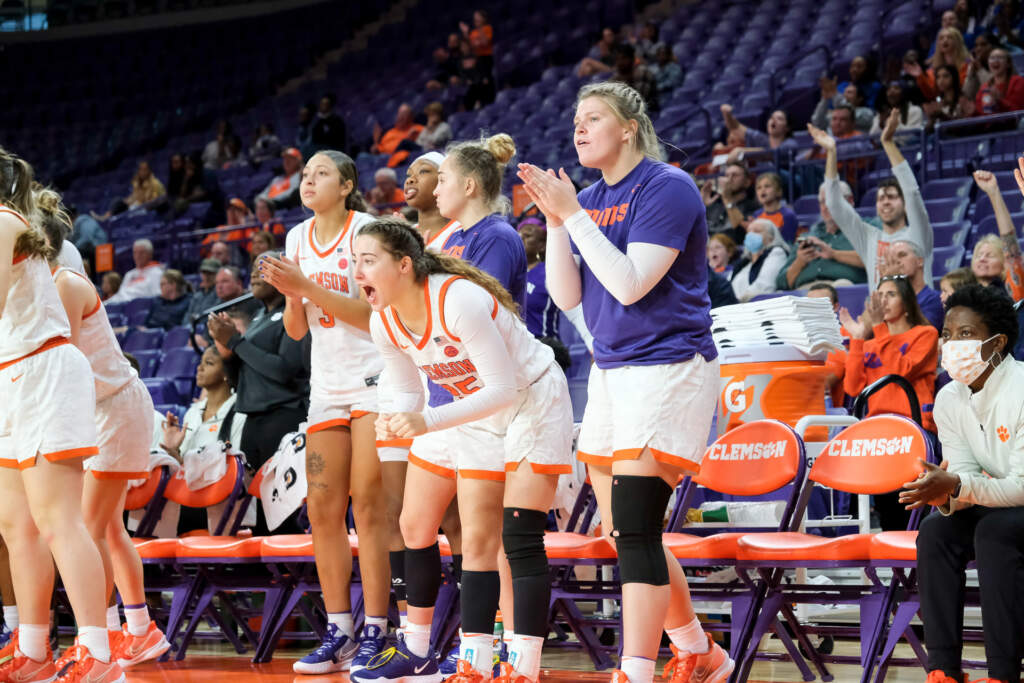 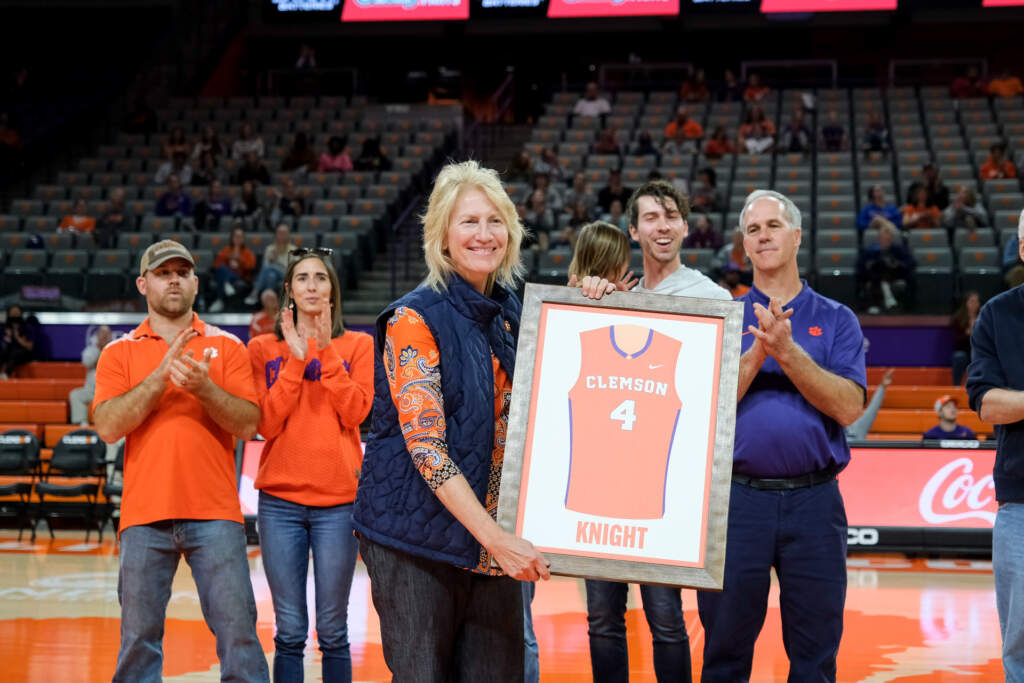 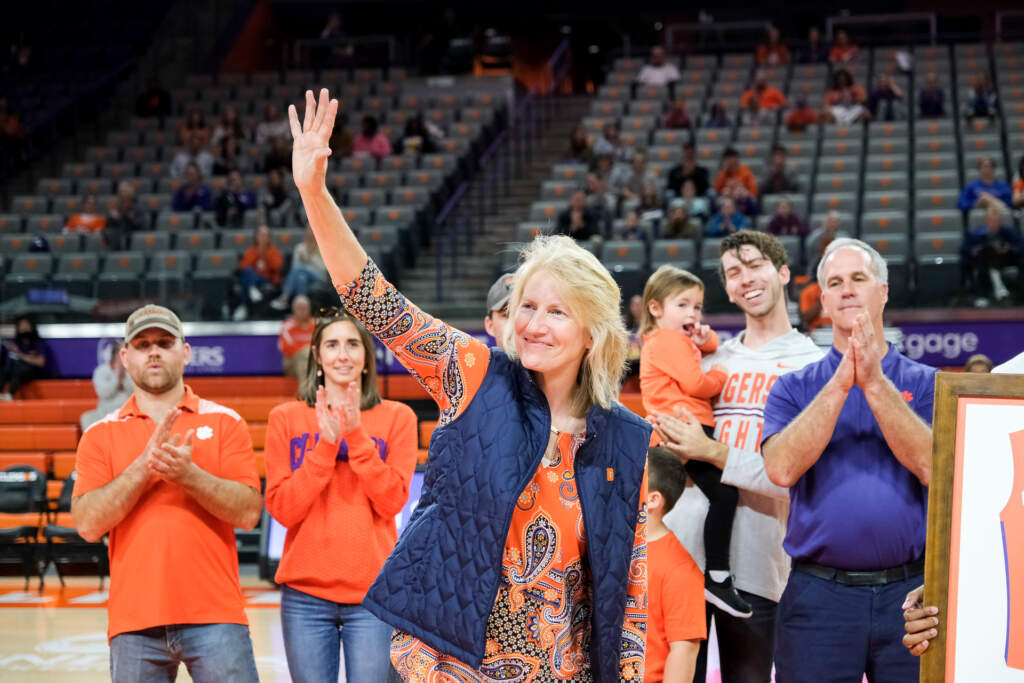 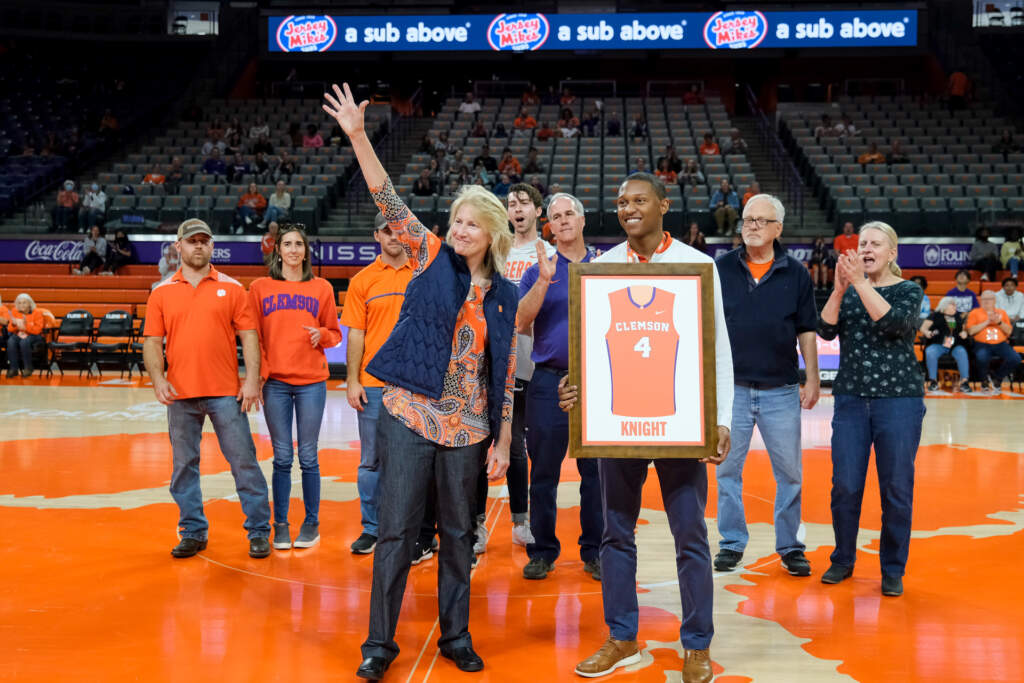 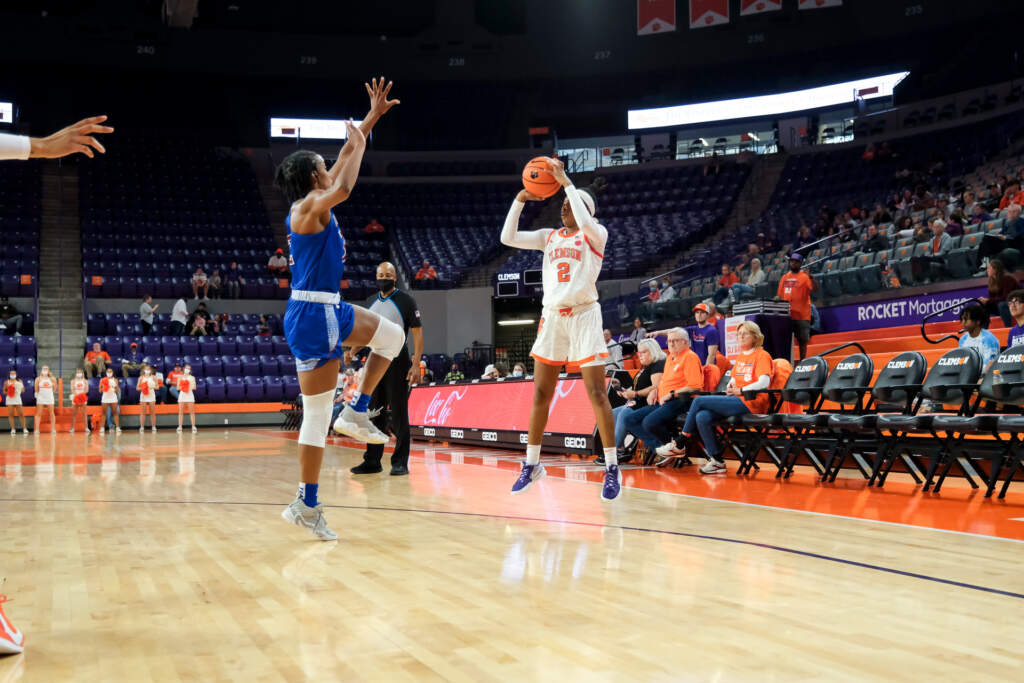 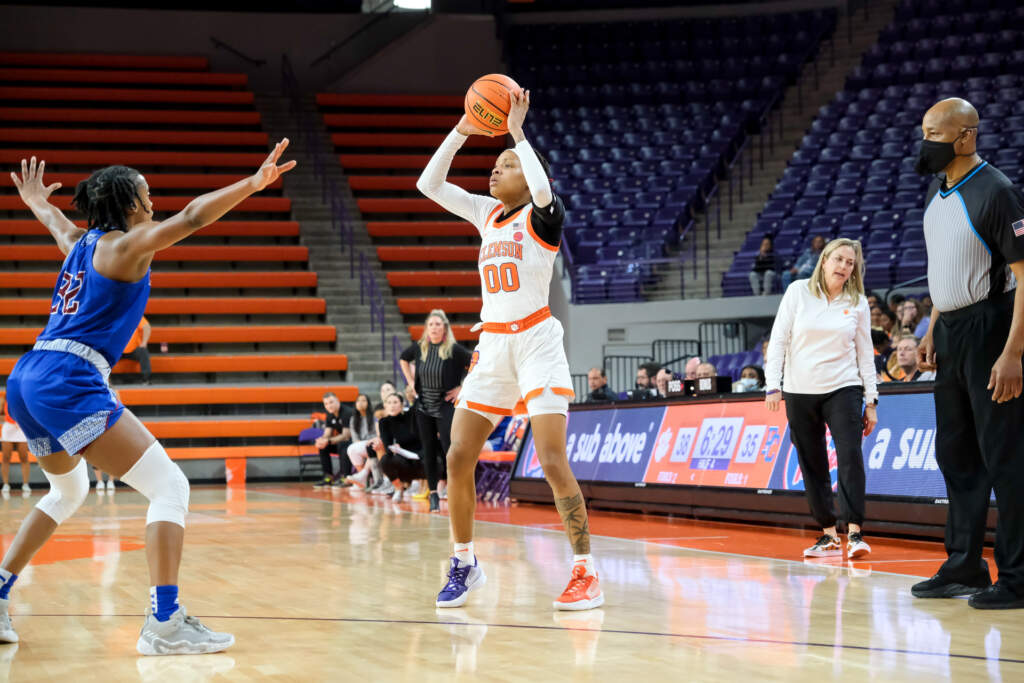 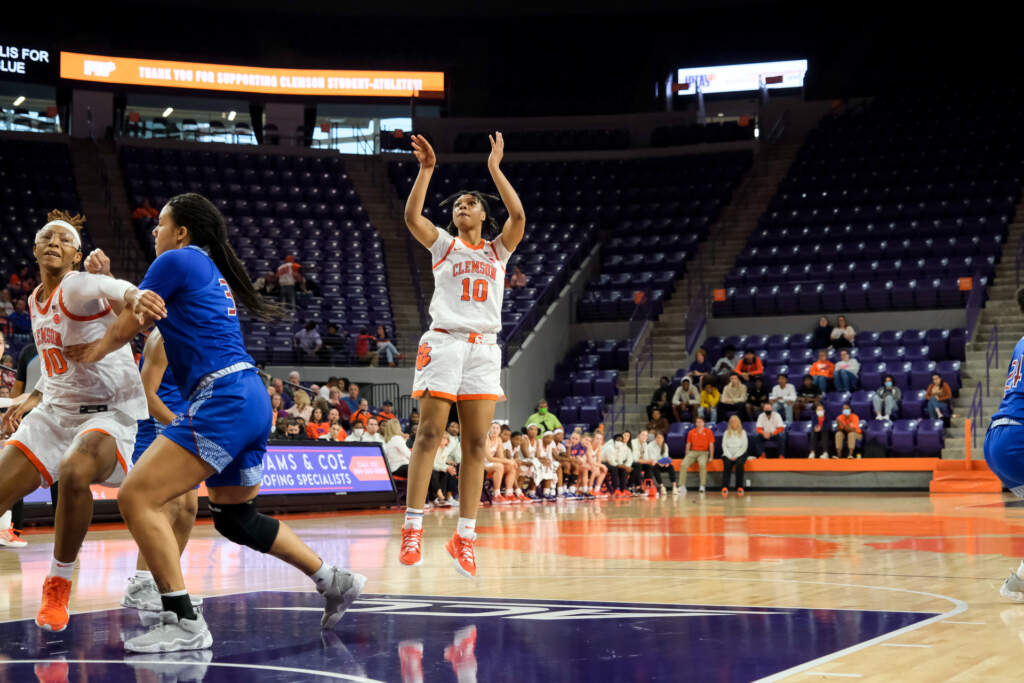 Clemson, S.C. – Clemson’s Amari Robinson and Eno Inyang combined for 29 points and 17 rebounds as they led the Tigers to a 48-42 win at home over the Presbyterian College Blue Hose on Sunday afternoon inside Littlejohn Coliseum. Clemson improves to 5-3 with the win while the Blue Hose falls to 4-4 on the year.

Robinson recorded her first double-double with a season-high 17 points and 12 rebounds. The 12 rebounds by Robinson tied a career-high while Inyang finished with 12 points, five rebounds and added three steals in the win for the Tigers.

Clemson’s defense held the Blue Hose without a field goal the final 6:20 of the second quarter to take a 22-15 lead into the half.

After the break, the Blue Hose opened the second half on a 6-0 run to cut the Tigers’ lead down to one point. Clemson responded with a 14-2 run of its own over 3:44 and held a 38-29 advantage at the end of the third frame.

Presbyterian opened the fourth quarter on a 10-0 run to take its first lead of the game, 39-38. With 4:41 to play in the final frame, the Tigers applied the pressure and turned up the defense. Clemson’s defense held the Blue Hose scoreless the final 3:43, and a late 6-0 run led by Robinson secured the win for the Tigers.

Jade Compton and Myah Willis led the Blue Hose on the day. Compton finished with a team-high 16 points and eight rebounds, and Willis added eight points and 10 rebounds as they shot 32 percent from the floor, making 20-of-79 shots taken.

The Tigers will hit the road to open ACC play on Saturday, Dec. 11, when they travel to Syracuse, N.Y., to face the Orange in a game that can be seen live on the ACCN and scheduled to tip-off at 6 p.m.