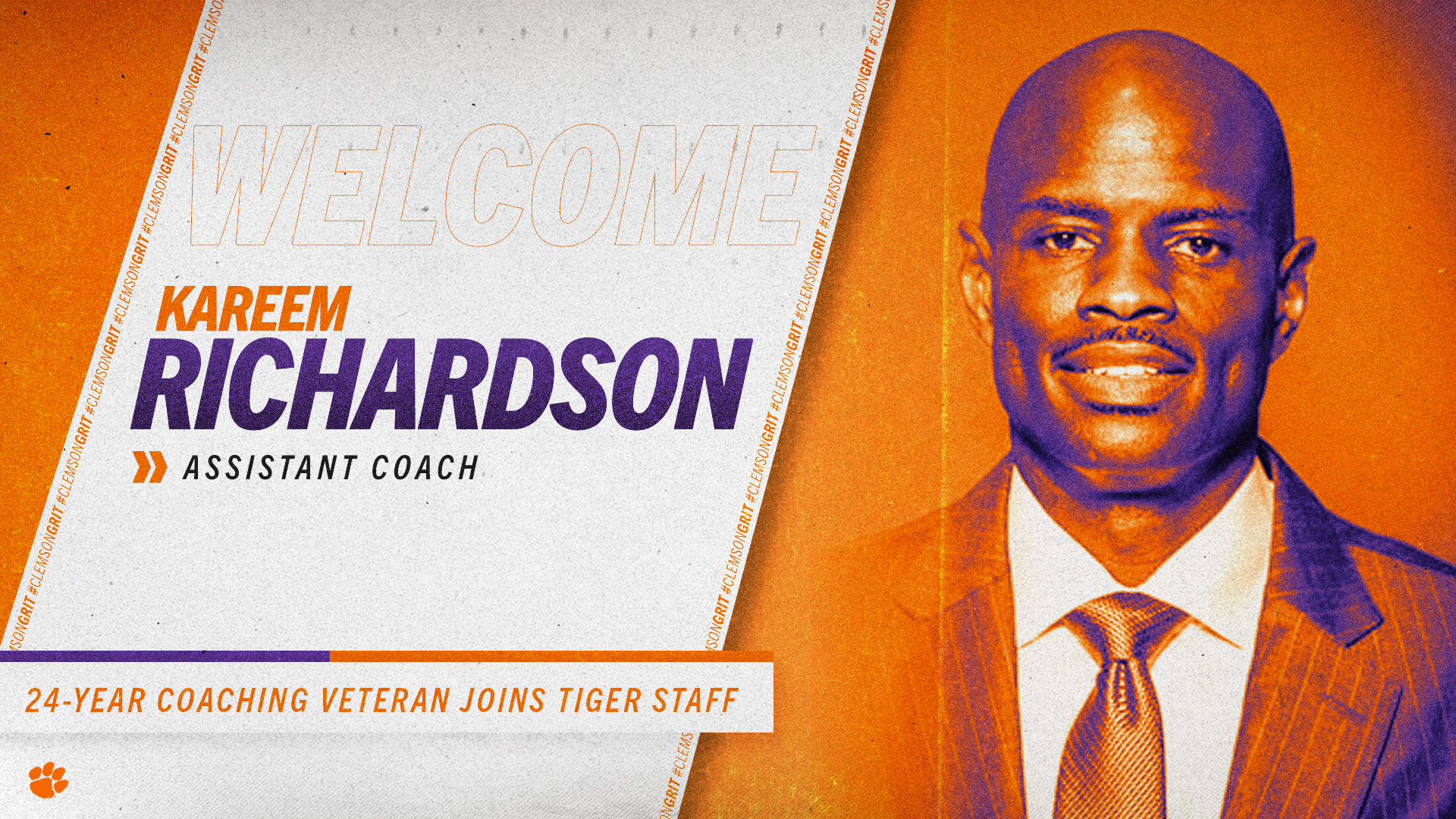 “I’ve known Kareem for a long time and have always been impressed by his work ethic, knowledge of the game and competitive spirit,” said Brownell. “Kareem brings a wealth of experience to the position having worked for many outstanding coaches over the years as well as serving as the head coach at UMKC. Our players will enjoy working with him and I think his experience in different regions of the country will serve us well in recruiting.”­­

Richardson comes to Clemson after spending the previous two seasons at Indiana State (2019-21). The Sycamores finished 33-22 and 22-14 in the Missouri Valley Conference over those seasons while producing four All-MVC players.

Prior to his second stint at Indiana State, Richardson served as the head coach at UMKC from 2013-2019. He spent one season on Rick Pitino’s staff at Louisville, helping the Cardinals to a Big East Conference championship and NCAA Final Four appearance in 2013 before leaving to become the head coach at UMKC.

Richardson spent three seasons as the head assistant coach at Drake prior to his time at Xavier. He has also served on the basketball staffs at UMKC, Evansville, Indiana State, Wright State and Indianapolis.

Richardson has been ranked as one of the top assistants in college basketball according to the basketball website Collegeinsider.com. He earned a reputation as a top-level recruiter during his time at Drake, serving as recruiting coordinator and helping head coach Mark Phelps secure the top-rated recruiting class in the Missouri Valley Conference in two out of his three years there. In his first year as assistant coach at Drake, Richardson helped lead the Bulldogs to postseason play during the 2008-09 season, in the inaugural CollegeInsider.com Tournament.

Richardson helped Indiana State enjoy some tremendous success. In 2000, he helped the Sycamores reach the NCAA Tournament for the first time since the Larry Bird era in the late 1970s. A year later in 2001, Indiana State topped No. 4 seed Oklahoma to advance to the second round of the NCAAs.

As a player, Richardson played in an NCAA Tournament as a freshman at East Carolina University. He then transferred to Evansville in 1995 and quickly established himself as the Purple Aces’ top point guard. Richardson, who was a team captain two years, was selected to the Missouri Valley Conference all-academic team in both 1996 and 1997. In 1996, he received notoriety on the MVC all-underrated team. He was a first team all-state selection at Rantoul (Ill.) Township High School in 1992 and was twice named conference player of the year.

Richardson, who was born in Tacoma, Wash., graduated from Evansville with a bachelor’s degree in telecommunication and interpersonal communication in 1997 and received his MBA from the University of Indianapolis in 1999.