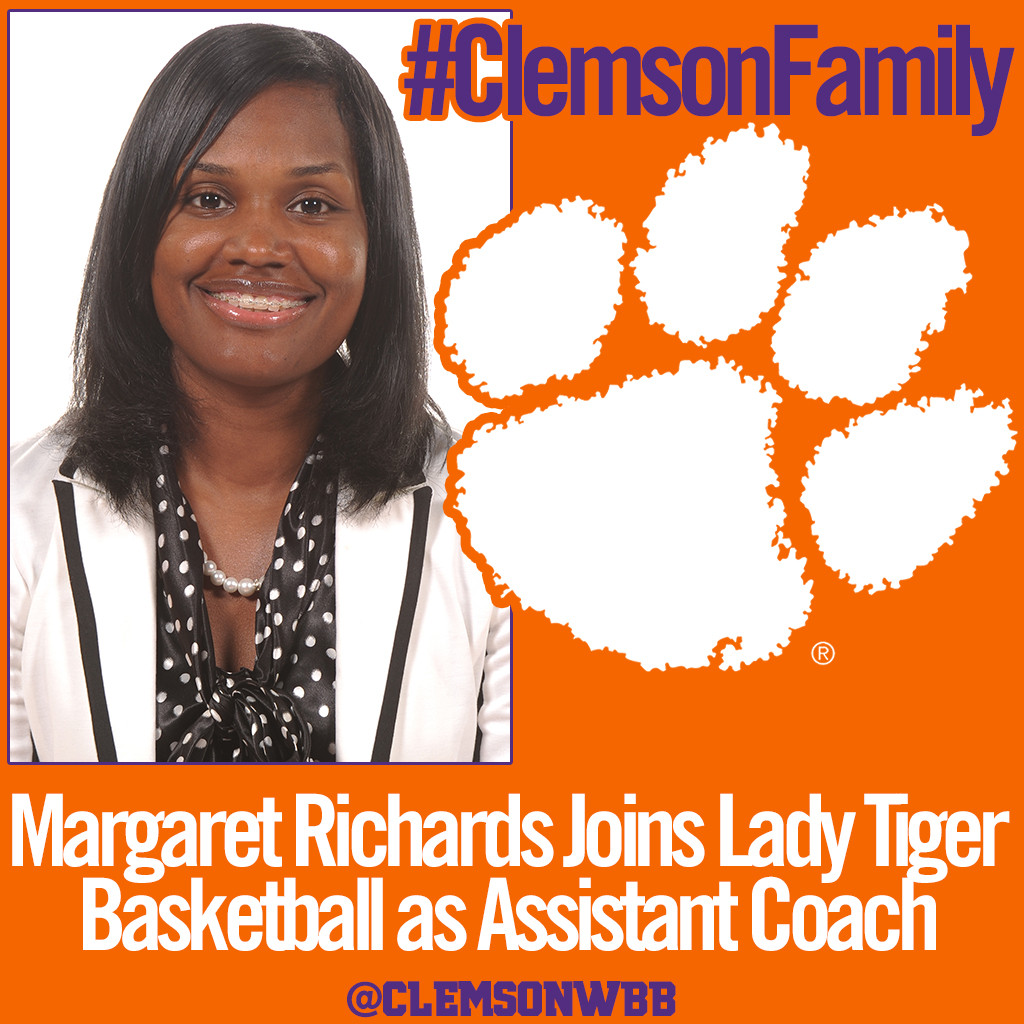 “We are excited to announce Margaret as our new assistant coach. She is an excellent floor coach and a great recruiter,” said Smith. “With her enthusiastic personality, she will bring freshness and excitement to the program. She has been here less than a week and already has hit the ground running with recruiting and in all areas of our program. Margaret is a bright and shining star in this business and will be a phenomenal addition to our staff.”

“I am thrilled to be a part of the Clemson and the Lady Tiger family and want to thank Audra Smith for the opportunity to work at such a beautiful place with an incredible family-oriented atmosphere,” said Richards. “I am honored to work alongside someone who has such great passion and experience, and who I respect professionally. I’m confident Coach Smith will help me grow as a coach and also as a person, and I’m looking forward to helping her achieve her vision by doing all I can to help this program be successful.”

In three seasons at Western Kentucky, Richards helped guide the program to two NCAA Tournament appearances, two conference tournament titles and one conference regular season title. The Lady Toppers won 76 games in her three seasons, which included a 30-5 record in 2014-15. The 30 wins set a new Conference USA record, and were achieved in WKU’s first season in the conference. Richards was also part of the Lady Toppers’ impressive three-year turnaround, which saw the team win 20 games in Richards’ first two seasons in 2012-13 and 2013-14, after winning less than 10 contests in 2011-12.

Prior to joining the Lady Toppers’ staff, Richards spent consecutive years as an assistant coach at North Texas (2010-11) and Weber State (2011-12). She served as the head coach at St. Augustine College from 2008-10, during which time her team won the CIAA Western Division title and garnered an 18-10 record in her second season.

Richards earned a bachelor’s degree in communication studies with a double minor in sociology and ethnic students from the University of Nebraska in 2003. She was a four-year letterwinner from 2000-04 for the Cornhusker women’s basketball team, which was ranked in the top 25 nationally during her senior campaign. Richards, a native of Louisville, Ky., was an all-state honoree at Louisville Central High School, where she ranked second in the state in scoring, averaging 35.5 points per game, as a senior.