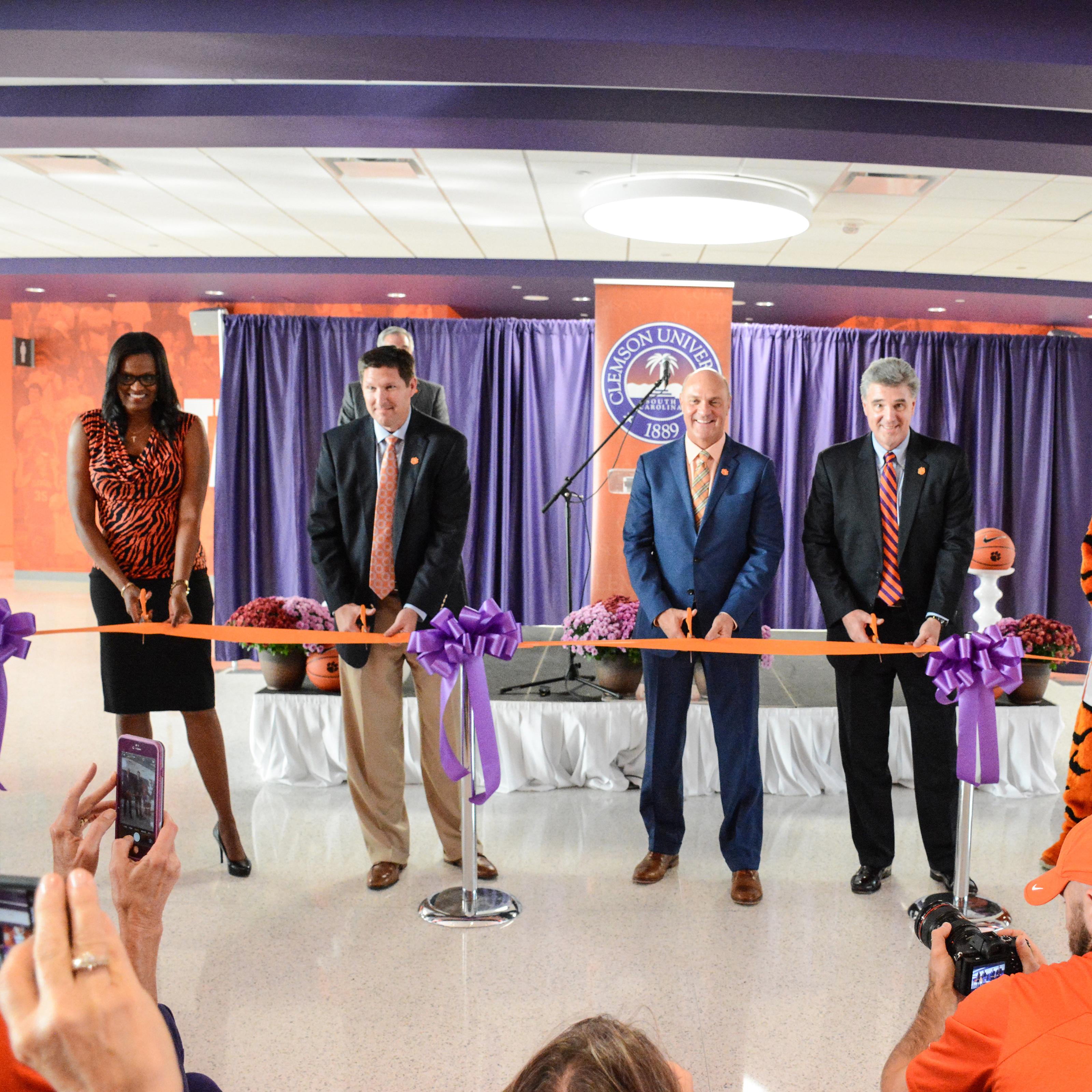 The event took place in Burton Gallery, named in honor of Bill and Lynne Burton, whose generous matching campaign helped raise over $1 million toward capital improvements for basketball. The space is roughly 10,000 square feet and serves as the new grand entrance to the facility. Also appearing as speakers were Brian O’Rourke, Clemson University’s vice president for development (and a former men’s basketball manager), as well as former IPTAY president Jim Bostic.

Over 150 guests, most of whom contribute in some form or fashion for the support of Tiger basketball, were on hand as well as the players and coaches that make up both Clemson teams. One special guest was Craig Mobley, Clemson’s first African-American basketball player (1970-71). Mobley was introduced to and took pictures with the men’s basketball team following the ceremony.