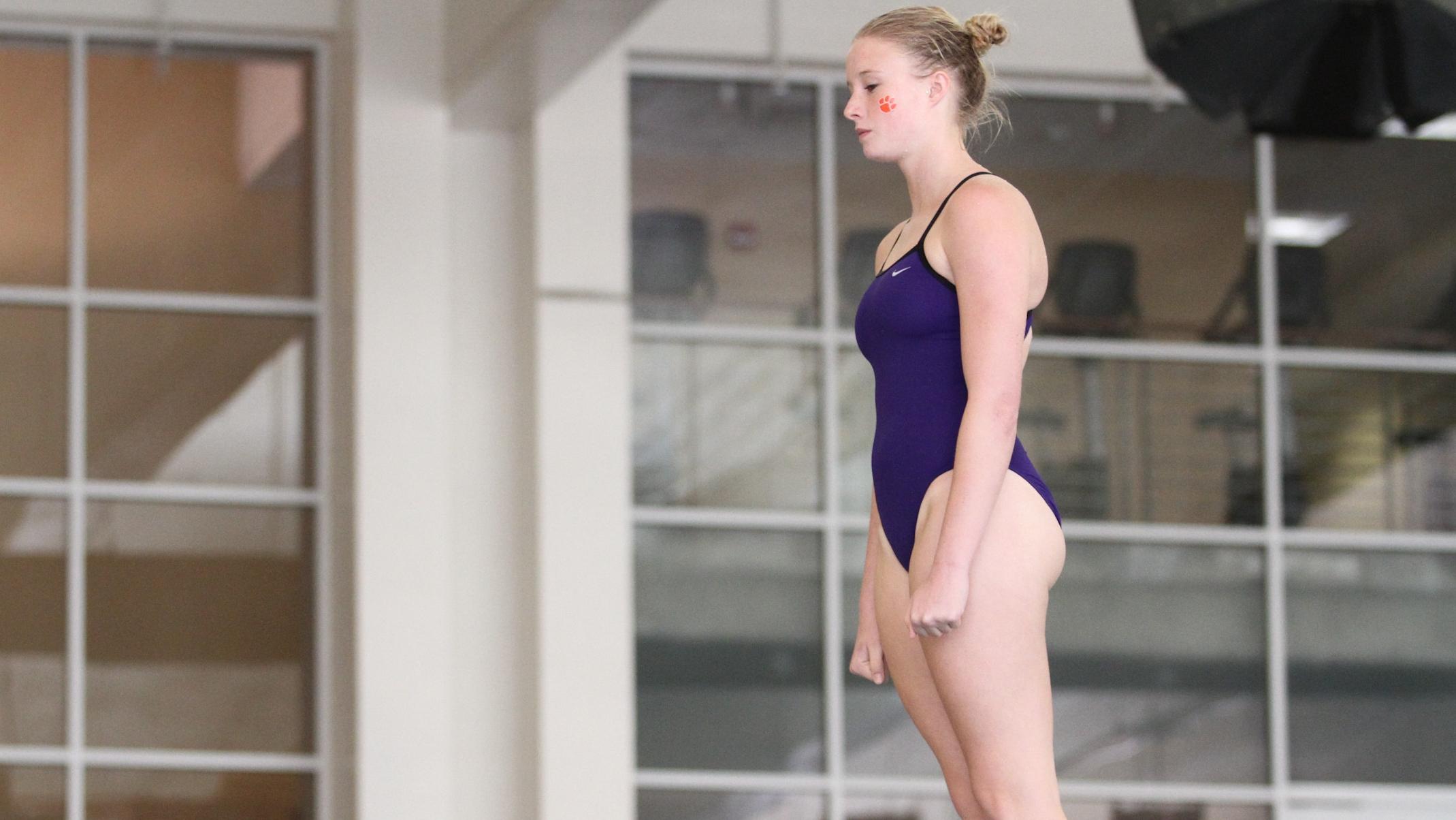 Resler Qualifies for NCAA Zones Against UNC Wilmington on Tuesday

GREENSBORO, NC – Jessica Resler recorded a school-record 239.00 in the platform event to qualify for NCAA Zones on Tuesday as Clemson took on UNC Wilmington in Greensboro, NC. The sophomore broke her own school record and recorded the fourth best platform score in the ACC this season.

The previous school record in the platform event was 210.20 set by Resler in her last meet at the Georgia Tech Invitational on November 24. She now owns three of the top five platform scores in Clemson history. She will make her first career appearnence at NCAA Zones in March.

Four Tigers competed in the one-meter event with each recording a score of at least 200. Juliana Melchionda recorded a season-high in the event with a 264.75 to lead all divers. Megan Helwagen finished second with a 258.55 while Chelsea Uranaka finished third with a 240.85. Tabitha Banks recorded a score of 207.55 to finish fourth.

Three Tigers participated in a combination of one-meter, three-meter and platform dives in the meet. The Tigers took the top three spots in that event with Emily Howard finishing first with a score of 289.90. Heather Britt finished second and Emily Yoder finished third ahead of two UNC Wilmington divers.

Clemson will take on rival South Carolina tomorrow at 1:30 PM in Greensboro, NC in final meet of 2013.