In 1989, I wrote an article for the Orange & White that reviewed the great Clemson events and student-athletes of the 1980s. It had been quite a decade, one that included three national championships, two in men’s soccer and one in football, a College World Series appearance, eight ACC Championships in men’s tennis, and a trip to the Elite Eight of the NCAA Men’s Basketball Tournament, something that has not been duplicated since.

At the end of the article I selected my greatest Clemson athlete of the decade. In a history lesson that included Jeff Davis, William Perry, Michael Dean Perry, Terry Kinard, Horace Grant, Larry Nance, Bill Spiers, Jimmy Key and many others, I selected Barbara Kennedy as Clemson’s top athlete of the decade, regardless of sport, male or female.

No one called me to criticize my selection. I am sure if all of the above legends of the decade were told of my decision, they would have nodded back, “Yes, I would have picked her too.”

When Barbara Kennedy passed away on July 23rd after battling cancer off and on for many years, we lost one of the great icons in the history of Clemson athletics. Her career spanned the same 40 years as mine. I started at Clemson in September of 1978 and she was a freshman that same semester.

As a student-athlete you need only look at her career accomplishments.

Kennedy scored over 3000 points and still holds the ACC marks for scoring and rebounding 36 years after she scored her last bucket for the Lady Tigers. Will Deshaun Watson still hold Clemson passing records 36 years from now?

ACC women’s basketball history boasts countless All-Americans and national championship teams, including this year’s Notre Dame team, yet Kennedy is still number one in both categories.

Clemson’s first first-team All-American in women’s basketball, Kennedy scored all those points with a flare that attracted crowds to Littlejohn Coliseum. I still remember the night she scored 45 points in a game and that is still the Littlejohn Coliseum record, male or female.

Her junior year she led Clemson to victory over No. 2 ranked Old Dominion, one of the blue bloods of women’s basketball at the time. That Old Dominion team was led by Anne Donovan, a basketball Hall of Famer who also passed away this year.

Kennedy’s most memorable performance to me took place in February of 1982 on her Senior Day game against North Carolina. In those days league schools played a lot of basketball doubleheaders with the men and the women.

On this day, Clemson and North Carolina were playing a men’s and women’s doubleheader. Kennedy scored 42 points to match her uniform number in leading Clemson to a resounding victory. Thousands of Clemson fans came early to see what Kennedy would do in her final game and she delivered.

But “B’s” day was not over. Well known for her singing talents, Kennedy returned for the men’s game and sang the national anthem solo at midcourt. When she finished she received a long ovation. As she walked to the scorer’s table to return the microphone, North Carolina Hall of Fame Coach Dean Smith came over to her at midcourt and shook her hand. Michael Jordan and James Worthy, two future Hall of Famers, were on that Tar Heel team that would win the national championship, and they took notice.

It is one of the top showings of respect I have ever seen for a Clemson athlete.

I wish there had been a WNBA in the 1980s, because Kennedy would have been a long time pro for sure. She could take anyone one-on-one on the wing or in the post. She could score from anywhere and remember her records were established without the three-point goal. She did play professionally in some women’s leagues, but they eventually folded.

With Clemson degree in hand, she returned to her alma mater to work for her beloved coach Annie Tribble, and began a long career as an assistant women’s coach, then as a senior women’s administrator and then as an academic advisor in Vickery Hall.

As she fought cancer in her final years before retirement, she was a driving force behind the implementation of the Tiger Trust Program. It is the program that encourages former student-athletes who left Clemson early to pursue a professional career, to come back and finish their requirements.

One of the Tiger greats who benefitted from Kennedy’s encouragement and administration of the program was Tree Rollins, arguably the male version of Kennedy when it comes to Clemson basketball greatness.

George Bennett organized a luncheon in Greenville for Rollins on his graduation day two years ago. At that luncheon Rollins told me, “I never would have done this without Barbara Kennedy’s encouragement. She stayed after me and did so much to help me get with the professors, pick the right courses and get it done.”

That was just one example of Kennedy’s service to Clemson, a service that spanned 40 years. Her love for her alma mater lasted until the day she died. 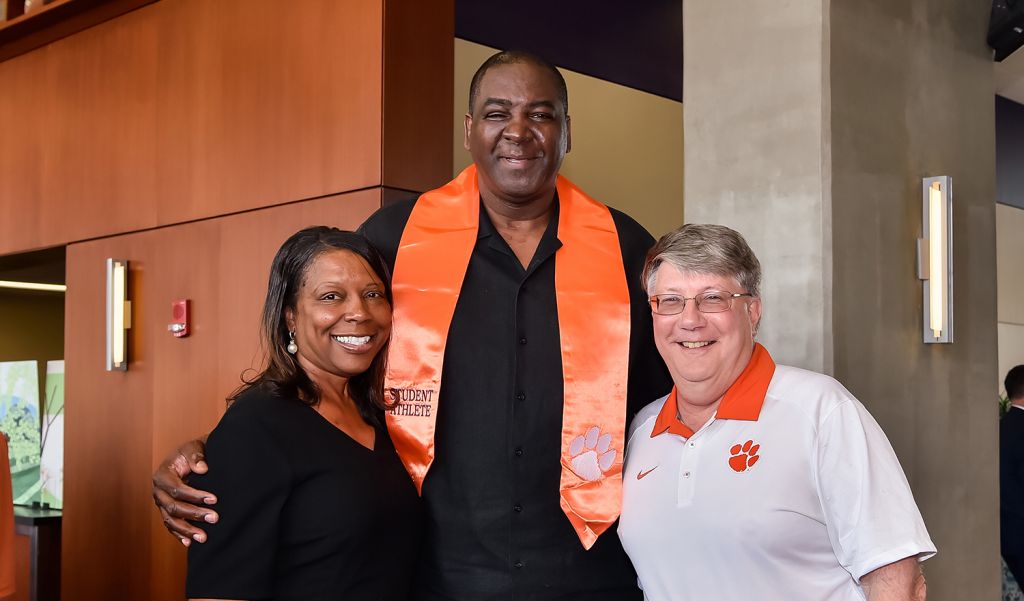