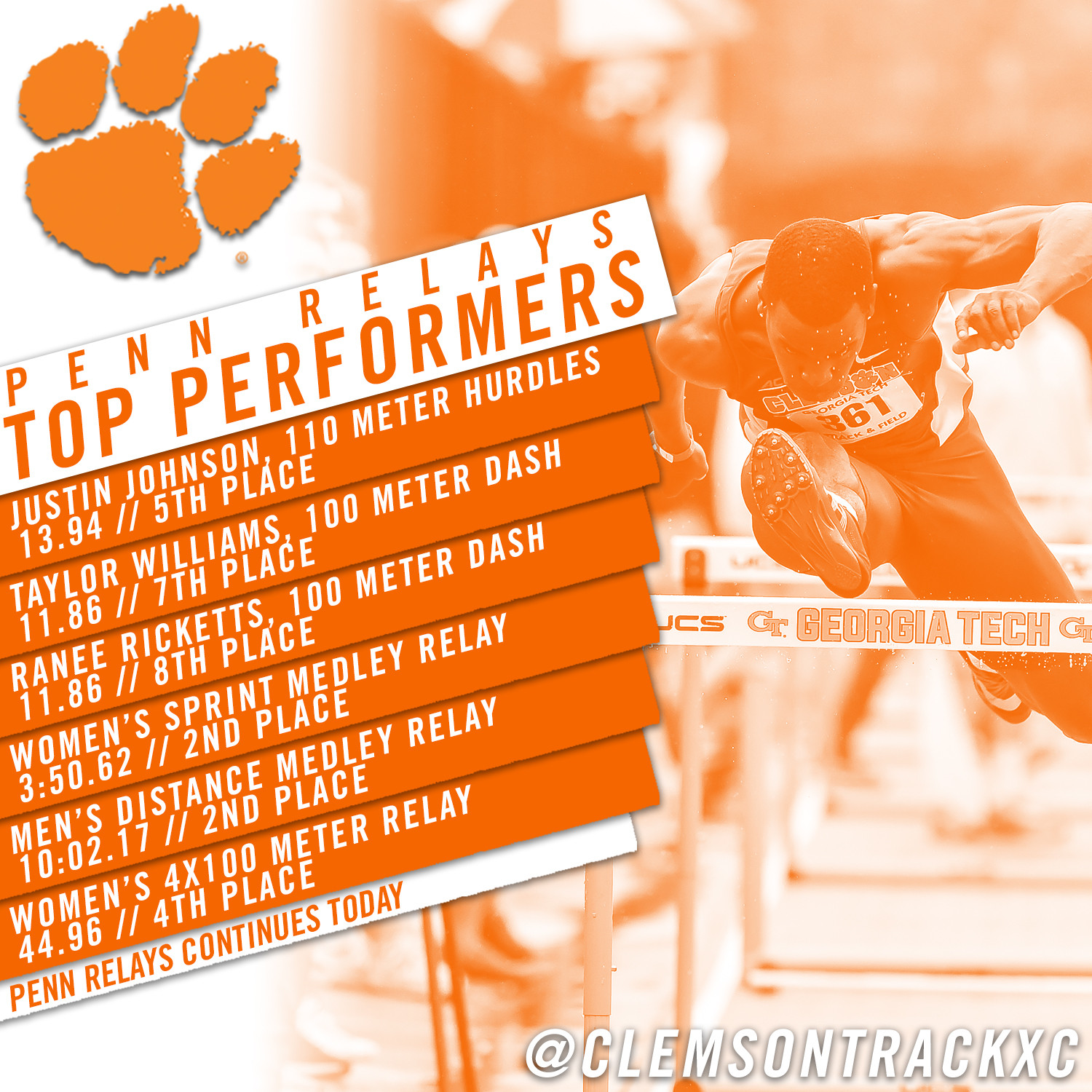 PHILADELPHIA, Pa. – Four relay efforts and a couple of individual performances highlighted the second day of the Penn Relays in Philadelphia, Pennsylvania. The men and women both walked away with a second place finish while Taylor Williams and Justin Johnson each turned in their team’s top individual race.

Johnson turned in the performance of the day for the men in the 110 meter hurdles, taking fifth place with a time of 13.94.

Williams was busy for the women as she led a trio of Tigers in the 100 meter dash and she ran the second leg of the sprint medley relay. The sophomore sprinter clocked in at 11.86 for a seventh place finish in the 100 meter dash. Ranee Ricketts finished right on her shoulder for an eighth place finish at 11.86. Not far behind in ninth place, Torie Robinson clocked in at 11.91.

Both, Williams and Ricketts ran the first two legs of the second place sprint medley relay team. The two sprinters joined Olivia James and Ersula Farrow in their 3:50.62 effort. In the 4×100 meter relay, Williams and Ricketts ran the final two legs with Robinson and Deja Parrish running the first two legs. Combined, they totaled a time of 44.96, placing them fourth in the event.

The top relay effort from the men came in the distance medley relay as James Dwyer, Zachary Riley, Darron Coley and James Quattlebaum combined for a time of 10:02.17 to finish second. In the 4×400 meter relay, Cordell Lamb, Deron Gordon, Jorel Bellafonte and Jeffrey Green placed fifth with a time of 3:09.94.

The Penn Relays continue all day Saturday and the Tigers also compete in Athens, Georgia at the Georgia Invitational.