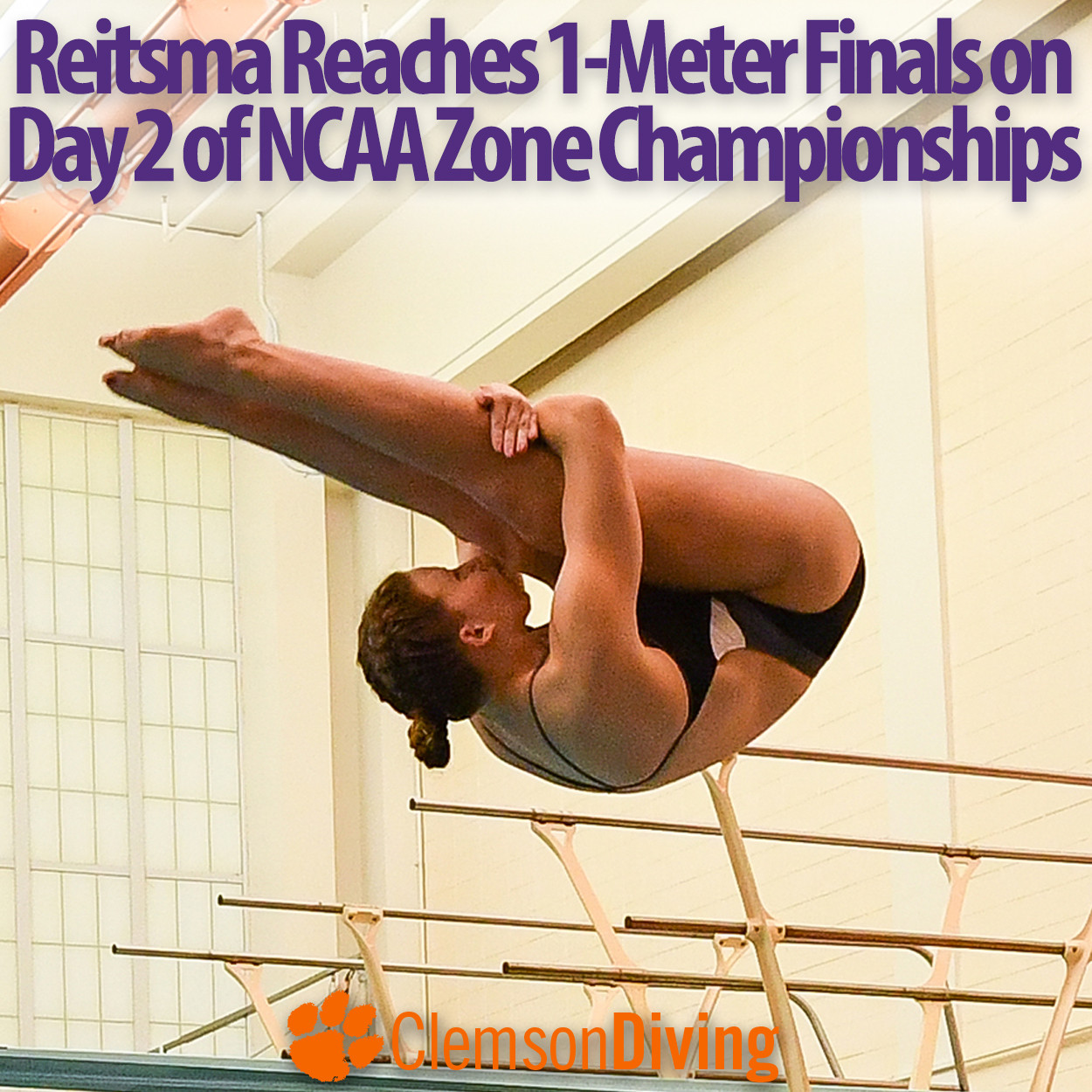 AUBURN, Ala. – For the second-straight day, the Clemson diving team saw one of its divers qualify for finals against some of the best competition across six Southeast states at the NCAA Zone B Championships in Auburn, Ala. Senior Danielle Reitsma finished 18th in the one-meter at the NCAA event, held at the James E. Martin Aquatic Center.

Reitsma, a native of Calgary, Alberta, finished the preliminary round in 18th place with a score of 256.50 points for six dives, and remained in 18th place through the finals, with a 12-dive score of 512.05. This was Reitsma’s first time to qualify for NCAA Zone finals in the one-meter in her four-year Clemson career, although she has previously qualified in the three-meter and platform events.

Senior Sarah Braun, coming off her finals berth and 17th-place finish in Monday’s three-meter competition, was the second-best Tiger in the one-meter, coming in at 25th (238.30). Sophomore Jaya Brown placed 26th (237.45) and sophomore Caylin Hirapara was 30th (233.45) to round out the top 30 in the field, which included 41 divers.

The final day of competition at the NCAA Zone B Championships is on Wednesday, March 8. Three Tigers will compete in the platform event beginning at 10 a.m. Central Time at the James E. Martin Aquatic Center.