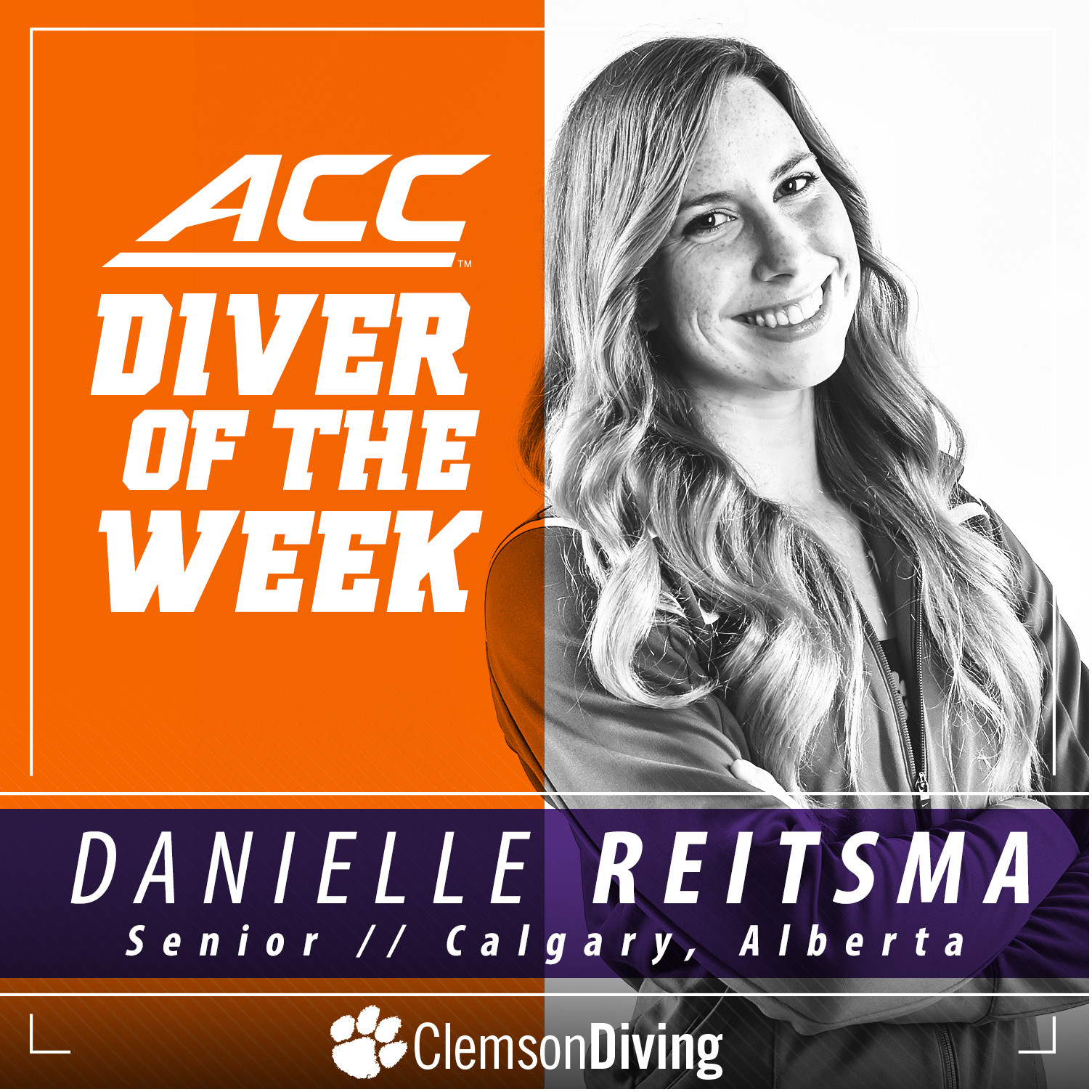 CLEMSON, S.C. – Clemson diver Danielle Reitsma set a new career-best score in the one-meter, and recorded NCAA Zone qualifying scores in the one-meter and three-meter on Oct. 29 against West Florida. On Tuesday, the senior from Calgary, Alberta was rewarded for her performance by being named the ACC’s Women’s Diver of the Week for the week of Oct. 24-30.

Reitsma won the one-meter competition against the Argonauts, scoring 301.12 points, a new career-high. That score, as well as the 292.58 points she earned in the three-meter, were both NCAA Zone qualifying scores. This is the second time in Reitsma’s career that she has earned the conference’s diver of the week accolade, as she was also named ACC Diver of the Week of Feb. 10, 2015.

Reitsma and the entire Clemson diving team will be in action at the Navy Invitational on Nov. 5 and Nov. 7 in Annapolis, Md.