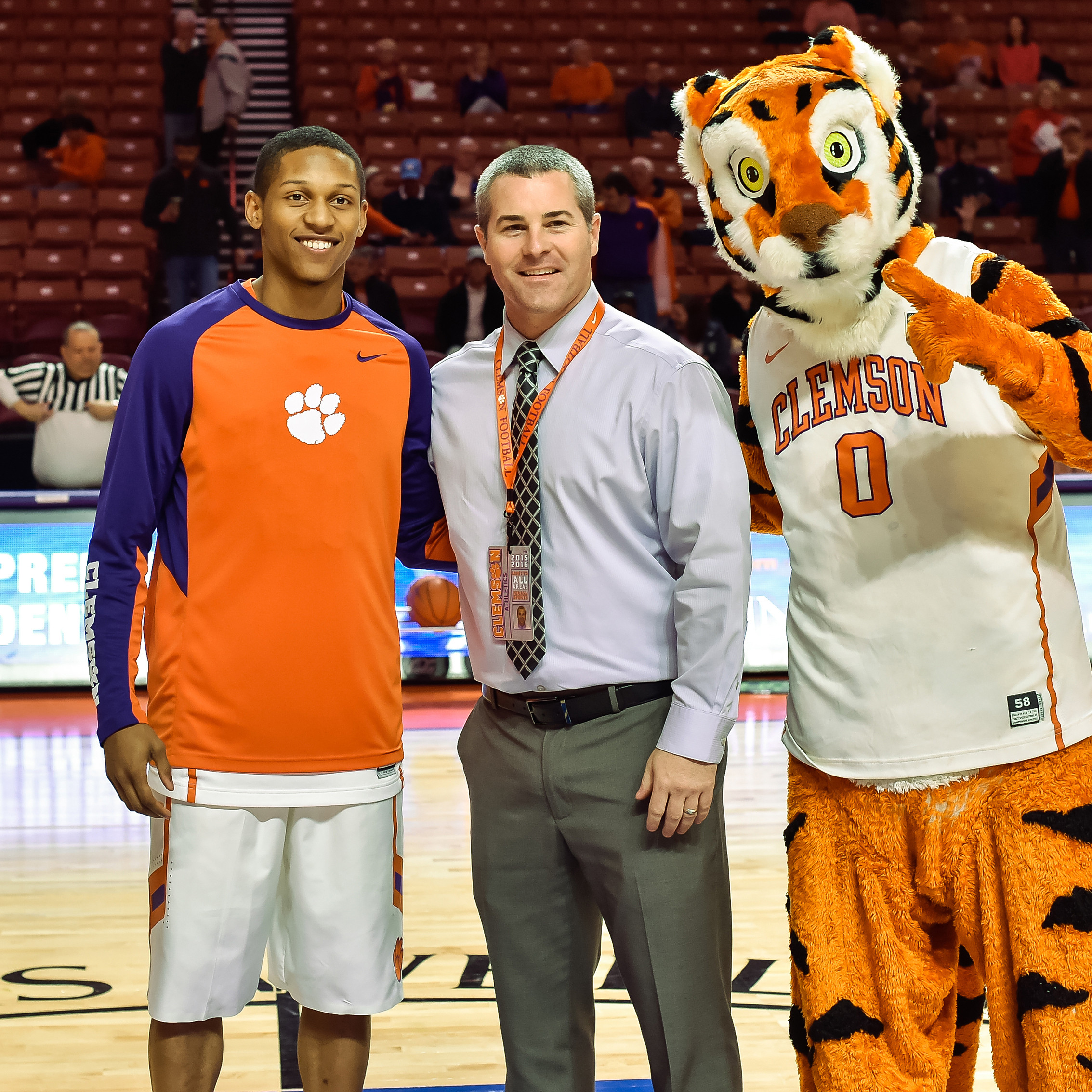 What could you accomplish in four years? What if, in the beginning of your four-year period, you had a medical complication? When it was over, would you look back and think of all of the things you would have done differently, or would you emerge stronger, more poised?

Jordan Roper came in to his four years at Clemson as a young player who had some growing up to do.

“When you get to Clemson, coming in as an 18-year old who was used to being the star player, you have to learn to persevere and work for things,” he said. “I had to become more persistent, determined and driven, and work on things I wanted to have, whether that was in the classroom or on the court.”

Though he had a lot of growing to do, by the time he was a senior, Roper found an internship that gave him tools to pursue his passion.

“During my undergrad, I had to do a 400-hour internship, so I did mine with athletic communications,” he said. “I wanted to express the student-athlete’s perspective and the pride we feel when we see ourselves as a part of Clemson’s social media content. Moving forward, I think that it is a great skill to have in our digital age.”

Through the internship, Roper learned how to create social media content for many different outlets. However, his true passion lies in athletic administration.

“I would ultimately like to become an athletic director; I want to create the experiences I have had for someone else,” he said with a smile. “I think that athletic administration plays a huge role in creating those experiences.”

To achieve his goals, the December 2015 graduate is currently pursuing a master’s degree in athletic leadership. He was one of three Clemson student-athletes to earn an ACC postgraduate scholarship, and the first men’s basketball player to do so since Tanner Smith in 2012.

“I decided to pursue my master’s because I was interested in learning more about athletic administration and becoming a leader in that field,” said Roper, a two-time All-ACC Academic selection.

Becoming a leader is nothing new to Roper. He is one of three scholarship seniors on the court for the Tigers this season. However, he wasn’t always as poised as he is now.

“The work ethic, determination and perseverance I gained through my college experience shaped me as a human being. For me, it gave me the attitude and belief that I can accomplish anything in my life.”

Roper has another well-known belief that he has chosen to live by.

“I think you miss 1,000 percent of the shots you don’t take. That’s what I have taken from my college experience and how I plan to approach everything moving forward.

“I could never repay Clemson for all it has given me. I wouldn’t trade my time here for the world.”