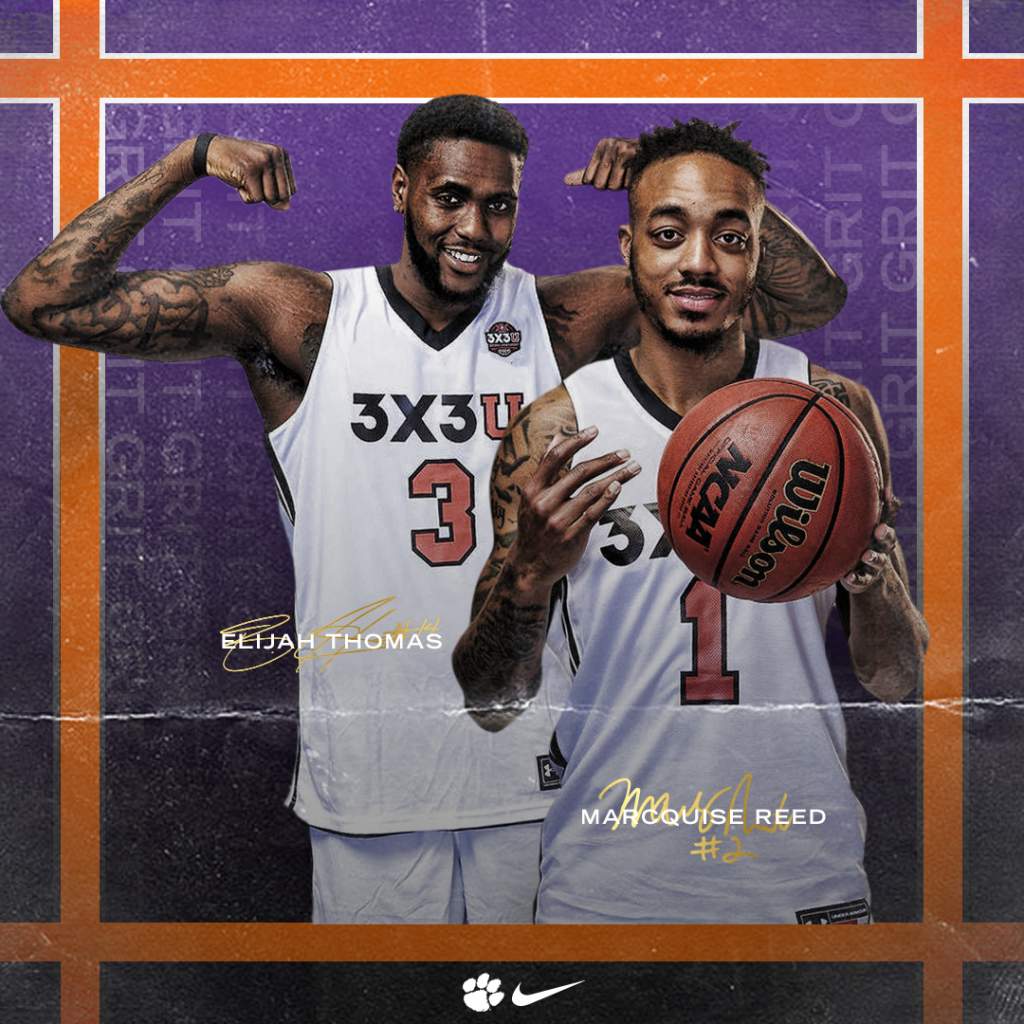 CHICAGO — Clemson University men’s basketball’s Marcquise Reed and Elijah Thomas will be two of nearly 100 All-Conference honorees to participate in the event.

Competition at the second annual event will be held Friday-Sunday at Minnesota’s Mall of America. The tournament is comprised of all-star teams of seniors, who have exhausted their collegiate eligibility, representing all 32 Division I conferences. The teams will compete for a $150,000 prize pool, with the champions taking home $100,000, double the prize money from a year ago. Additionally, the winners will earn the right to compete in the 2019 USA Basketball 3×3 Open National Championship, scheduled for May 3-4 in Las Vegas.

Teams have been assigned into eight pools of four and each team will be guaranteed three pool play games, earning $1,000 for every victory on Friday and Saturday. The top two teams in each pool will move on to Sunday’s knockout stage, where the stakes skyrocket. The championship team will take home $100,000, while the runners-up will share $2,000 and the third-place team will win an additional $1,000.

For more information on the 2019 3X3U National Championship, including event updates, details, rules and more, follow us on Twitter at @3X3UHoops or online at www.3X3UHoops.com.