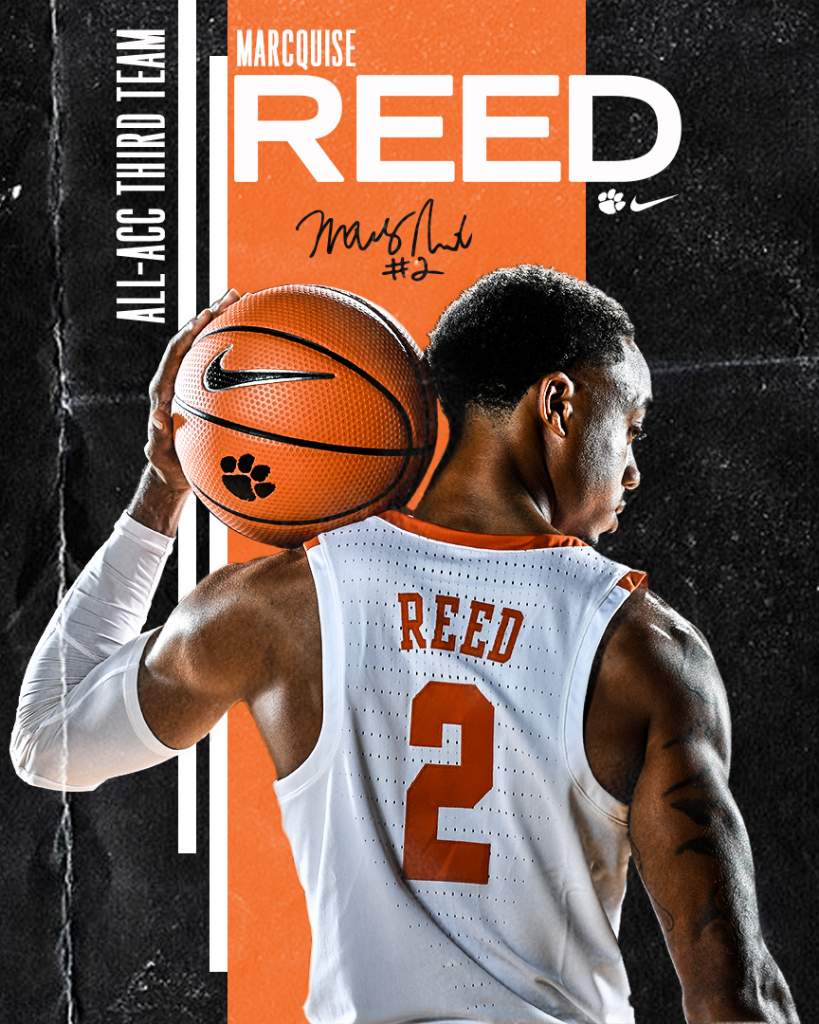 The Landover, Md. native leads Clemson in scoring and is third in the ACC (19.4 points per game), leads both in free throw percentage (84.9 percent) and leads the ACC and the Tigers in steals (2.25 steals per game).

Twice this season Reed has scored 30 points or more and has a career-high of 31 points in a victory over Boston College.

Leading the conference in steals, Reed has 63 this season which is currently tied for eighth-best in Clemson history. His career mark of 167 is ninth all-time.

The Dallas, Texas native leads the team in rebounding (8.0 per game) and blocks (2.2 per game), while also posting 13.2 points per game (second on the team).

Thomas posted a strong effort against Wake Forest this season, amassing 23 points (10-for-11 shooting), 10 rebounds and a career-high seven blocked shots. He had a three-game stretch this season, during ACC play, where he blocked 19 total shots.

Thomas has 68 total blocks this season and is second in the ACC in that category. He has hauled in 249 rebounds and has firmly cemented himself in Clemson’s record books in both blocks and rebounds.

He is 10th all-time with 175 career blocks and fourth with 1.94 blocks per game in his career. Thomas is also tied for 19th in career rebounding (633). His efficiency is also shown on the offensive end of the floor, as the senior has recorded nine double-doubles – tying his career-high from last year. Clemson is 7-2 overall in games that Thomas records a double-double. 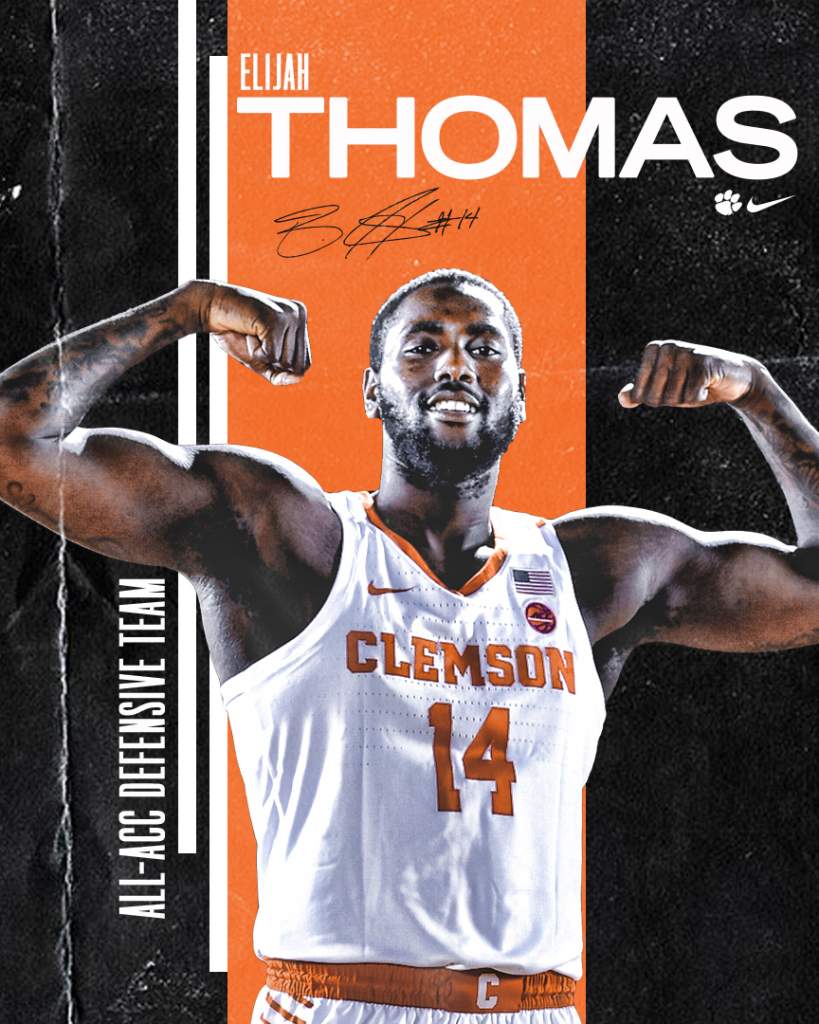