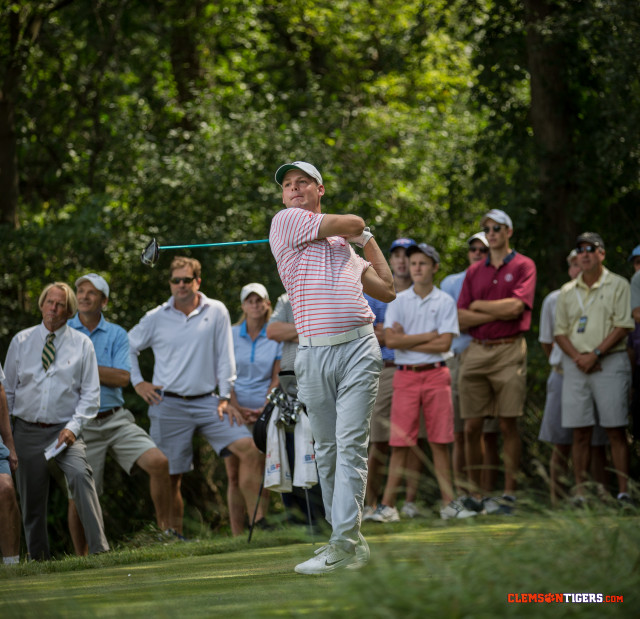 Clemson, S.C.—Clemson sophomore Doc Redman shot his second consecutive even-par 72 on Friday and made the 36-hole cut at the Arnold Palmer Invitational Presented by Mastercard. Redman is the first Clemson golfer to make the cut at a PGA Tour even while still a Clemson student since Chris Patton did so at the 1990 Masters.

Redman got into the field on an amateur sponsors exemption after winning the 2017 United States Amateur. Redman won the US Amateur with a 37-hole victory over Doug Ghim of the University of Texas last August.

With his 144 total through two rounds, Redman stands in a tie for 53rd place. “The key was that I chipped the ball pretty well today and just hung in there,” said Redman, who was a first-team Freshman All-American for the Tigers last year

“I didn’t drive the ball as well today as I did in the first round (when he hit 11 of 14 fairways), but I did make some good approaches and my short game was pretty good except for a three-putt on the 17th hole (for a bogey).” Redman has just two three-putt greens in the first 36 holes.

Like Thursday, Redman got off to a slow start on Friday. Playing the back nine first, the Raleigh, NC native was two-over-par for his first 11 holes and was outside the cutline. But, he made birdie on the fifth hole when he made a 23-footer on the par four hole, then two-putted from 33 feet on the sixth hole to get back to even par for the round and the tournament.

“I knew I had to start doing something if I was going to make the cut. It was big to roll in the putt on the fifth hole because I knew I had a chance to birdie the (par five) sixth hole. I wanted to make birdies over the last three holes, but I knew if I just played solid from there I could make the cut.”

Redman then made pars on his final three holes. He made putts of five feet, 12 inches and three feet on the seventh, eighth and ninth holes, respectively.