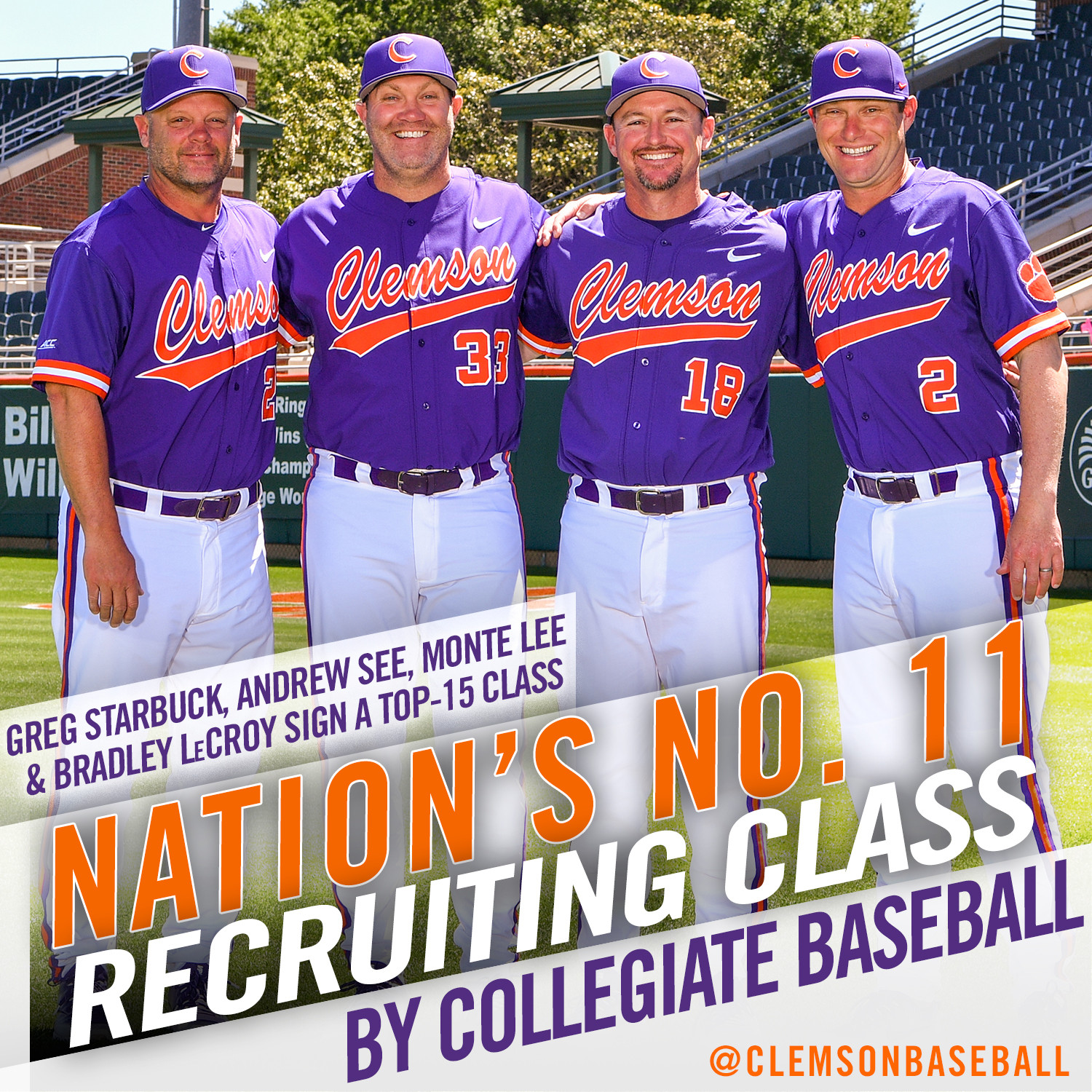 CLEMSON, S.C. – The Tigers’ 2017 recruiting class was rated No. 11 in the nation and No. 1 in the ACC by Collegiate Baseball on Wednesday. The newcomers that comprise the class are already with the team, led by head coach Monte Lee and assistant coaches Bradley LeCroy (recruiting coordinator), Andrew See and Greg Starbuck. The class was also rated No. 14 in the country by D1Baseball and No. 15 in the nation by Baseball America.

The Tigers are coming off a 42-21 record and hosted a regional for the second year in a row in 2017. Clemson opens the 2018 season against William & Mary on Feb. 16 at Doug Kingsmore Stadium.