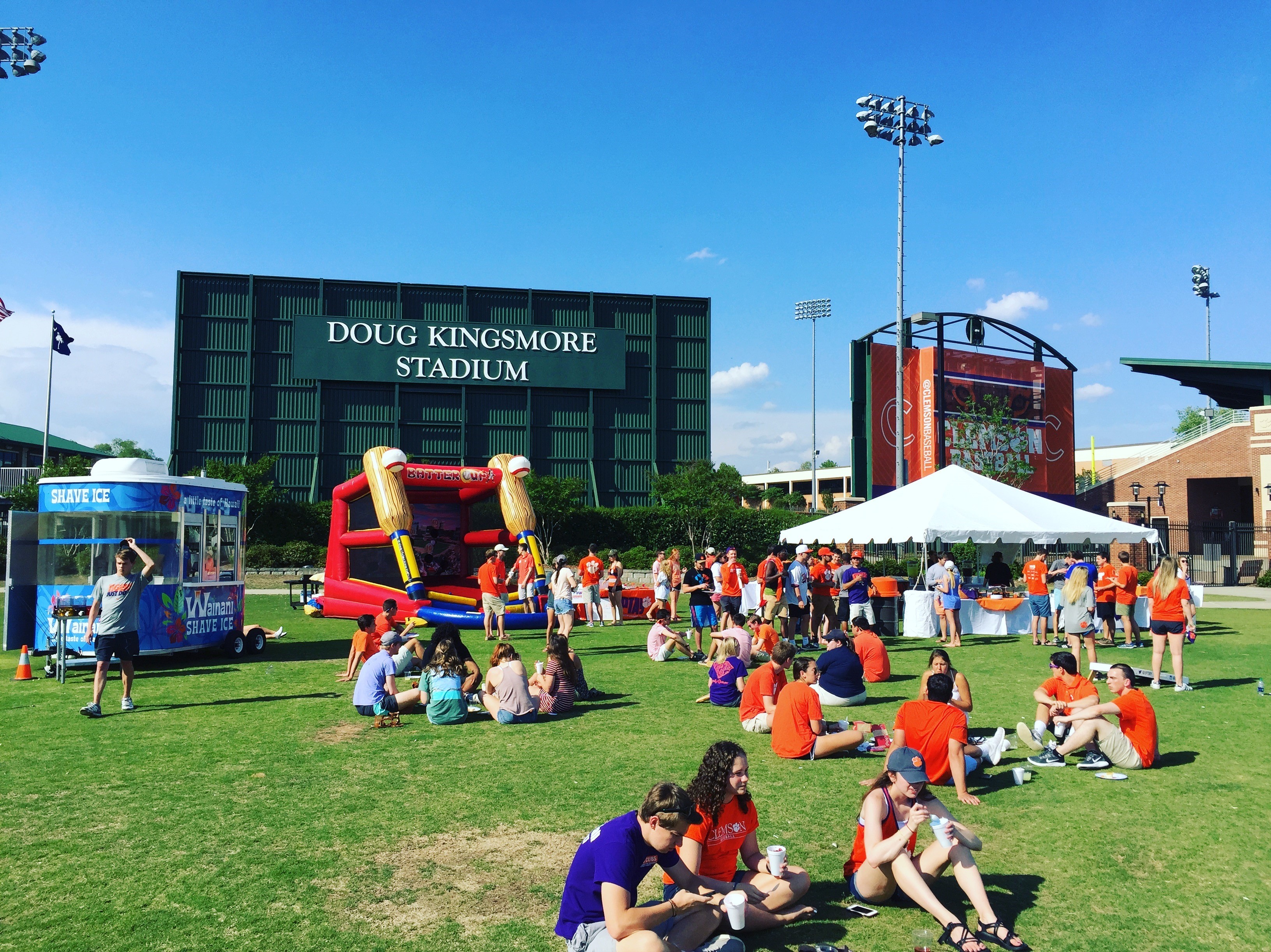 Since 1934 IPTAY donors have been the backbone for Clemson Athletics! You as a donor provide the necessary funding for athletic scholarships, facilities, academic support, nutrition and strength and conditioning for Clemson student-athletes. The generosity shown by IPTAY donors is how Clemson student-athletes can compete and succeed at the highest levels, both in the classroom and athletic competition. Therefore, it is important to thank the thousands of people who make IPTAY one of the most successful athletic fundraising organizations in the country.

IPTAY Weekend at Clemson Baseball is just one small way to show our continued appreciation. Throughout the recent home baseball series against Wake Forest, IPTAY Collegiate Club members, IPTAY priority members, and Tiger Cub Club members had the opportunity to participate in a few extra benefits.

On Friday, a tailgate was hosted for IPTAY Collegiate Club members that included games, snacks and free t-shirts. Over 200 members attended the event to make it a great success. Saturday, boasted a double header between the Tigers and Demon Deacons. At these games, priority members received a complimentary box of popcorn, while Tiger Cub members received free ice cream, a Tiger Cub baseball card and were able to play in the Tiger bounce house located behind the Chapman grandstands. It was 18 innings of great fun and a small way to thank those who are making a difference in the lives of Clemson student-athletes!

Be sure to be on the lookout for future IPTAY Days coming fall 2017 by staying connected on ClemsonTigers.com/IPTAY.

Thanks for your support and Go Tigers!!