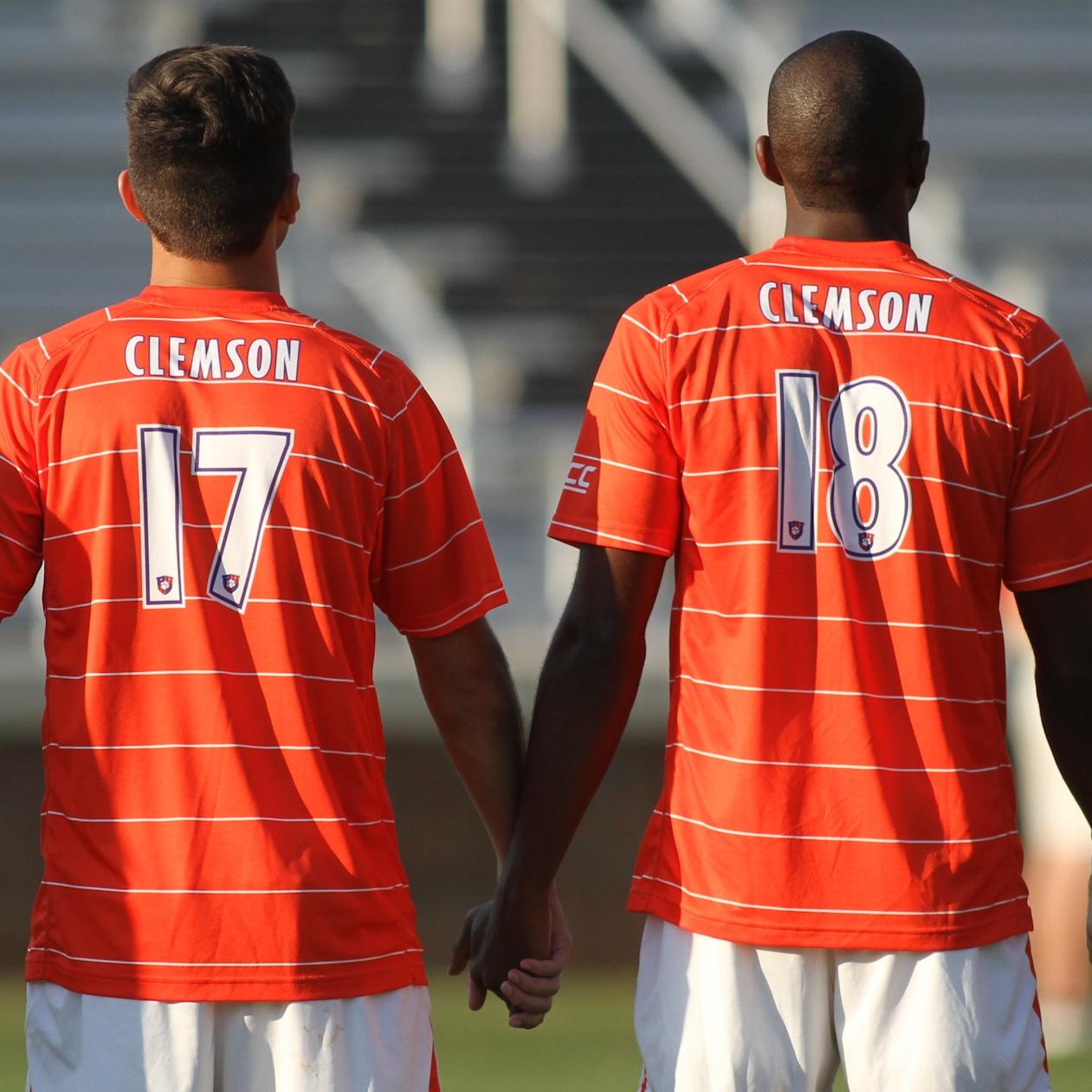 It was abundantly clear on Sunday night at Riggs Field, particularly when you were faced with the somber, postgame expressions of the players — Clemson’s loss to North Carolina in the NCAA Tournament’s Round of 16 was a disappointment.

But that disappointment means that the Clemson Men’s Soccer program is back where they need to be.

Yes, the Tigers ended their season on a down note after a frustrating 2-1 loss to ACC foe UNC. But their successful 2014 season put the rest of the country on notice — Clemson, a two-time national champion in the ‘80s, is once again a force to be reckoned with in college soccer.

Since his arrival from Brown University in January 2010, Coach Mike Noonan stressed the goal of returning the Clemson program to prominence. He needed his players to “believe in tradition.”

The 2013 team took a big step towards that goal, making it to the NCAA Tournament for the first time since 2006. And the Tigers built off that this year to deliver the program’s first ACC Championship since 2001.

Backup goalkeeper Chris Glodack saved three penalty kicks against Wake and then two more against Notre Dame. Paul Clowes’ game-tying, buzzer-beating goal against Louisville was his first goal of the year. The word “improbable” just doesn’t quite do the Tigers’ tournament run justice. But somehow they managed it.

And the Clemson fan base took notice. One needed only to look around Riggs Field during the Sweet Sixteen match-up and see the packed house to understand that Tiger fans care about soccer, especially when they get to see a winner.

Noonan described this year’s team as a group of “high-character guys.” A blend of different nationalities and personalities that found harmony on the pitch. It was gut-wrenching to see them on the field after the loss to UNC, distraught over a season ended too soon. But as Noonan said postgame, “it was certainly a disappointing loss but no one can take away what this team accomplished.

“Four years ago, this was a broken program, and they have re-established the rich tradition of Clemson Soccer. They had the courage to take the risk to come here and they believed, and I can’t thank them enough. The values and character of this team makes for a very bright future for the guys on the team and for the program.”

A bright future, indeed. And in the meantime, a season for the record books.

15 – Players who scored a goal for Clemson during the season