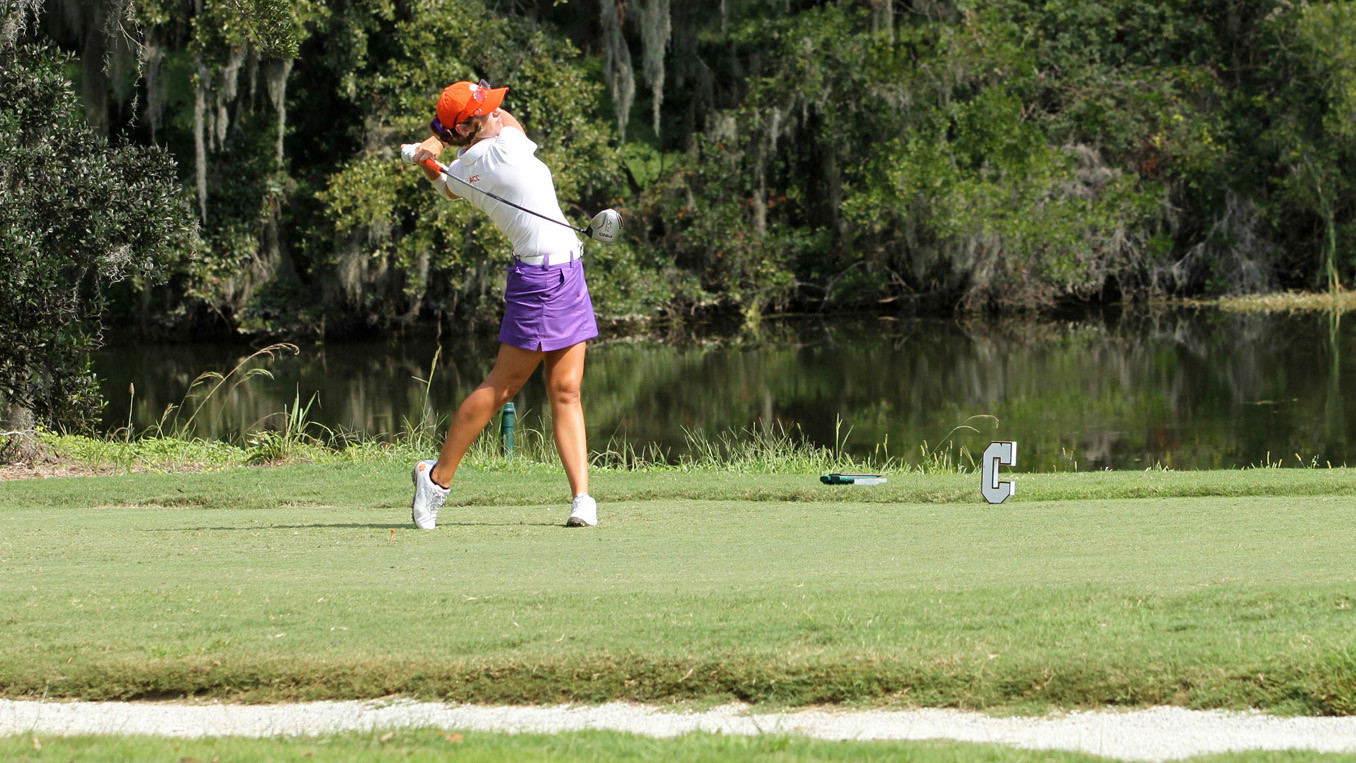 FAR HILLS, NJ – Freshman women’s golfer Ashlan Ramsey has been chosen as one of 14 players to participate in a practice session for the 2014 Curtis Cup Match. The selections were made by The International Team Selection Committee of the United States Golf Association (USGA). The session for prospective players will be conducted Jan. 31 to Feb. 2, 2014, at Champions Golf Club in Houston, while the 2014 Curtis Cup Match will be conducted June 6-8 at St. Louis (Mo.) Country Club.

“We are very happy to bring together a field of immensely talented players for this first pre-selection Curtis Cup practice session,” said Dan Burton, vice president of the USGA and chairman of the International Team Selection Committee. “With such a depth of talent in the United States, we feel that learning more about these players, both on and off the course, is a critical part of selecting the eight women who will have the honor of representing their country at St. Louis in June.”

“I am very much looking forward to watching these talented young women play in the four-ball and foursomes formats that are used in the Curtis Cup Match,” said Port, who won the 2013 USGA Senior Women’s Amateur in September. “Golf is often such an individual sport and seeing how personalities and playing styles mesh, on and off the course, will be very interesting.”

Invitation to the Curtis Cup practice session does not guarantee selection to the USA Team that will compete in June. Players who are not invited may still be under consideration for the team.

The Curtis Cup Match is contested by two teams of female amateur players, one from the United States of America and one from Great Britain and Ireland (England, Ireland, Northern Ireland, Scotland and Wales). The USGA’s International Team Selection Committee selects the USA Team, while the Ladies Golf Union selects the GB&I Team.

The GB&I Team won the 2012 Match at The Nairn Golf Club in Nairn, Scotland, while the USA leads the overall series, 27-7-3. Tegwen Matthews, a four-time GB&I Team member, will captain the GB&I Team for the second consecutive Match.

The USA has not lost on home soil since 1986, when it fell, 13-5, at Prairie Dunes Country Club in Hutchinson, Kan. It has won five of six Matches since then, the only exception being 1994, when the teams tied 9-9 at The Honors Course in Chattanooga, Tenn. As the GB&I Team had won the previous Match, it retained custody of the Curtis Cup.