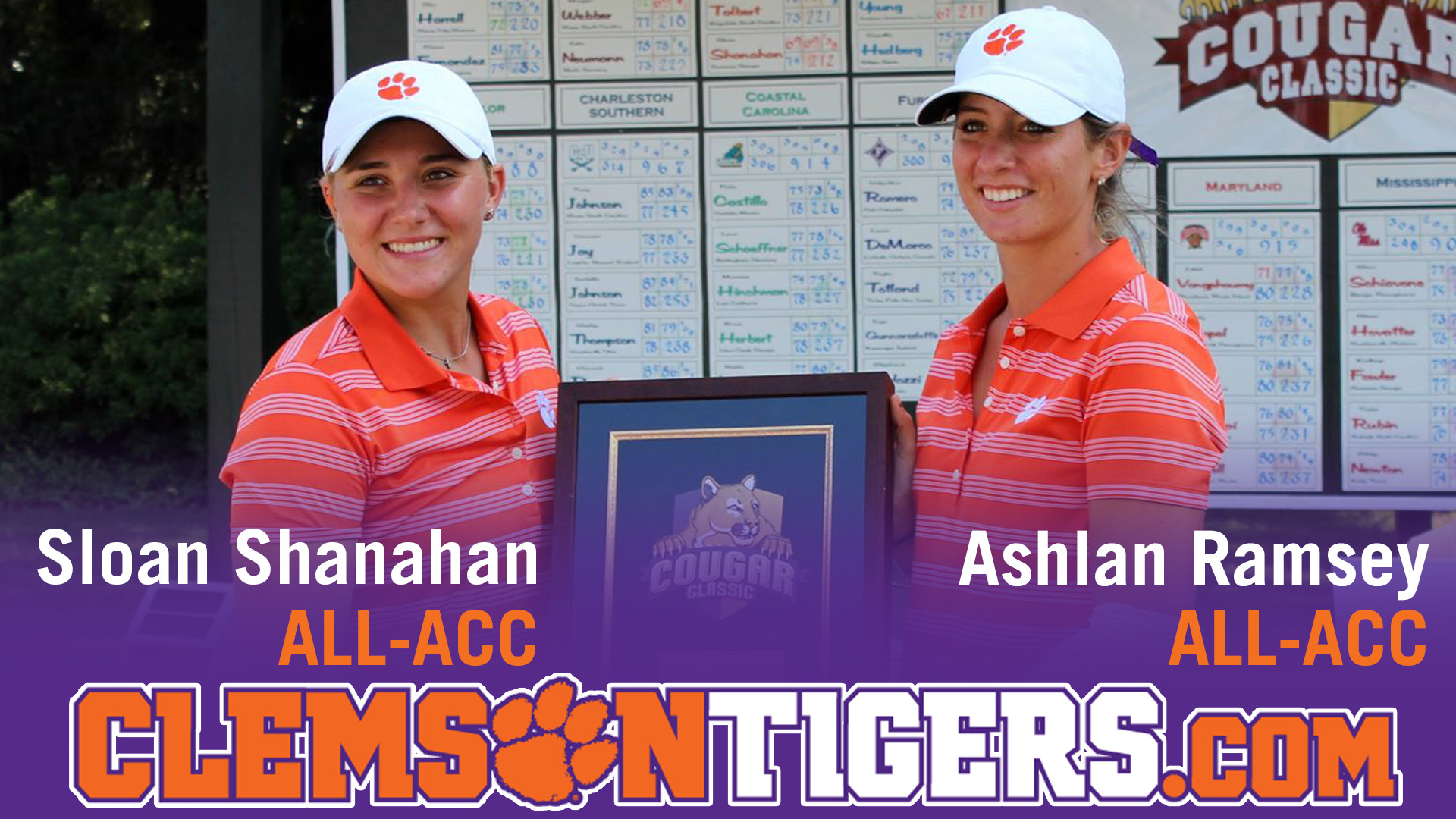 CLEMSON, S.C. – Freshmen Ashlan Ramsey and Sloan Shanahan were both named to the All-ACC Women’s Golf Team on Tuesday. The Clemson team is in its first season of varsity competition and will compete in the NCAA West Regional in Cle Elum, Wash. starting on Thursday.Ramsey is from Milledgeville, Ga. and is the top player on Clemson’s 13th ranked team this year. She leads the team in stroke average (72.52), and top 10 finishes with six, including a pair of victories. The number-one ranked amateur in the world, Ramsey is first in the nation in par five scoring average (4.72), first in fairway hitting percentage (.937) and 11th in total birdies (88).Ramsey has been selected for the United States Curtis Cup team that will compete in St. Louis, Mo., June 6-8. She will turn professional after that tournament.Shanahan is second on the team in stroke average with a 73.79 figure and has three top 10 finishes. The native of Suwanee, Ga. is third in the nation in fairway hitting percentage (.929) and has 71 birdies to rank second on the team. Shanahan has had the best score of the day among Clemson golfers eight times this year.Twelve women were selected to the All-ACC team and five were freshmen. Clemson had two of the five. Duke, Clemson and Florida State were the only schools with more than one selection on the team.