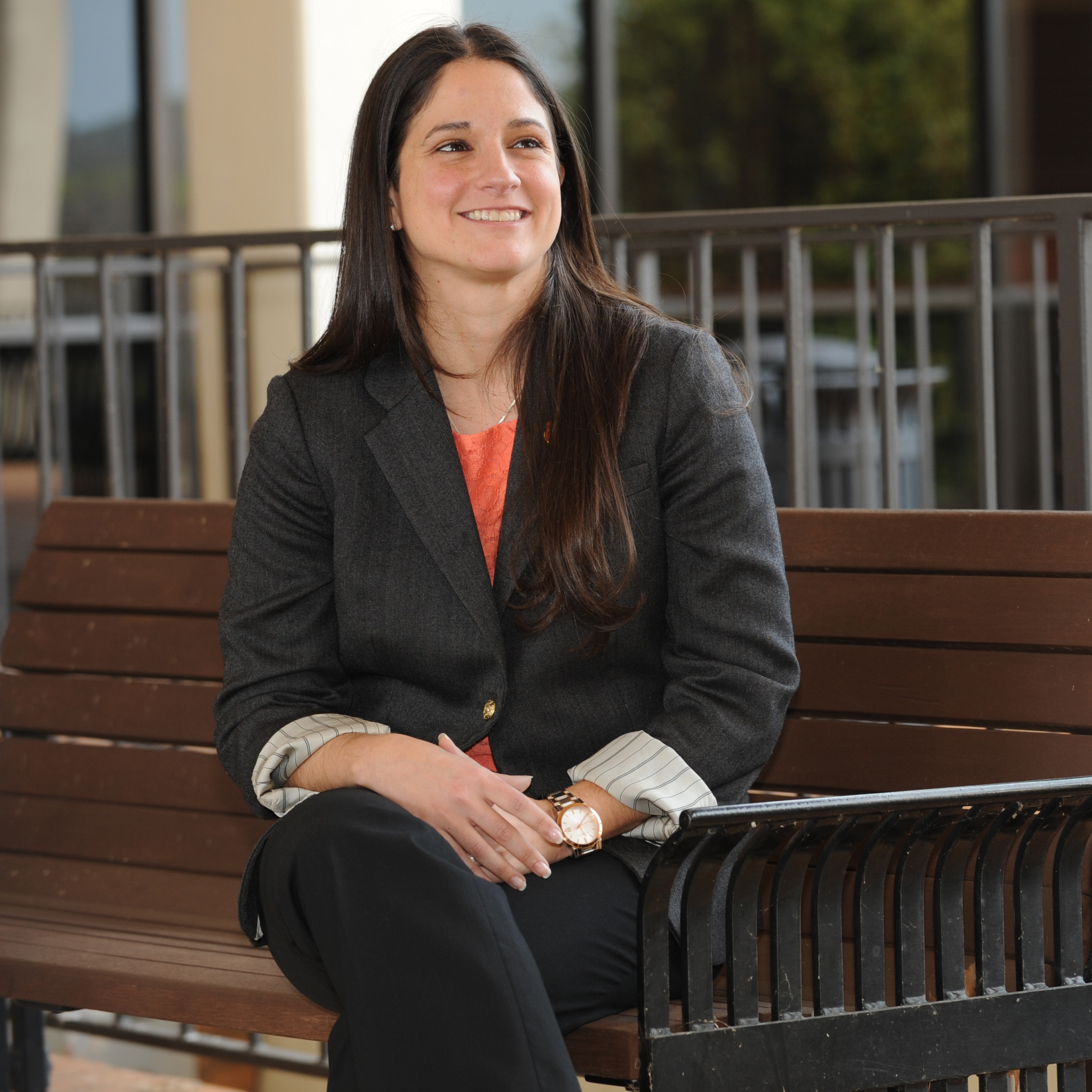 Note: The following appears in the April issue of Orange The Experience, which arrived in the mail for IPTAY members this week.

Natalie Honnen joined Clemson Athletics last summer as the senior woman administrator, following stints in administration at the University of Florida and Yale University. Honnen earned both a bachelor’s and master’s degree at Florida.

We caught up with the Clemson administrator to discuss her role in the athletic department, some of the challenges in today’s collegiate climate, and the somewhat unorthodox path she took to be in the position she is today.

Q: What was the biggest factor in you wanting to join Clemson Athletics?

Honnen: For me, I’ve always respected Clemson for what it stands for, and the success it has had athletically. Being a part of the Atlantic Coast Conference was always of interest. At this point in my career, I thought I was ready for the next step, which was moving back into a Power 5 Conference role. I love working with coaches and student-athletes, and that’s what I’ve enjoyed the most. Seeing the job description, I thought ‘I can do this.’ When I came down for my interview and got to know everyone, it felt right and it felt comfortable. I thought I could do some really special things here. It will take some time, but it’s definitely something I look forward to.

Q: How does Clemson differ from your previous administrative stops at Florida and Yale?

Honnen: It’s more similar to Florida. At Yale, I got my hands on just about everything and was sort of a jack-of-all-trades. I really learned a lot. It wasn’t a big staff, and didn’t have big resources. You had to really concentrate on fundamentally, what college athletics is about. It was a great place to develop my philosophy, face challenges and learn from any mistakes. Clemson is a lot different from that end. Every place is different. It was a combination of the two. I was able to grab my experiences from both places, and Clemson was a good mixture of the two.

Q: You worked with the coordination of operations and facilities at Florida — what was that position like?

Honnen: My route has been a little different than most senior woman administrators. I started out in operations and facilities, mostly concentrating on football. From operations to travel, that’s much of what I focused on at the University of Florida. I loved it. I loved running games. There was something about that excitement that kept me going. But at some point, I knew I wanted to learn the administration side of things. I enjoyed operations and facilities, but in the long run I thought administration was going to be the way to go. Yale was attractive because it was an assistant athletic director position overseeing varsity sport administration. That entailed event operations, meals, lodging, travel, scheduling and budgeting. I was good at one of those, and then it was three or four areas I hadn’t been exposed to. I was still involved at football at Yale. This is the first time I haven’t had any football responsibility. I’ve been traveling with football for seven or eight years. The senior woman administrator role looks different on every campus. The role here touched on that sport administration experience I gained at Yale, working closely with coaches and student-athletes and enhancing their programs.

Q: Obviously you oversee the women’s programs at Clemson; what other roles have you taken on with the athletic department?

Honnen: That’s been the focus for me; overseeing 14 Olympic sports programs. I have to make sure they have everything they need to be successful. You make sure you have those dialogues with coaches. You get to know the student-athletes, to let them know why we’re here to support them. I’ve been getting to know what our coaches and student-athletes deal with on a day-to-day basis, and making sure it’s the most efficient way to run a program. I don’t have any additional responsibilities beyond sport administration. I am the liaison to the ACC with a lot of different pieces.

All women’s sports are under my umbrella, except for diving, which is handled by (compliance director) Stephanie Ellison. Four of us have sport administration responsibilities. Kyle Young has baseball and men’s soccer, and Graham (Neff) has men’s basketball. The four of us meet every other week to make sure we’re being consistent, and that we’re following trends.

Q: You’ve been here since the summer; have your preconceptions of Clemson University and the athletic program changed at all?

Honnen: I think I had a pretty good picture of Clemson prior to the move. I knew the community support was there from the onset. Some people don’t realize what a great location this is, especially people that live in the North. We’re two hours from Atlanta and Charlotte, right at the foothills of the mountains. I can’t wait to enjoy the summer here, with the lake and the hiking. That’s something people can take for granted. There haven’t been a lot of surprises, though. I’m someone that researches things pretty well before I get involved. The people are as nice as advertised. Everyone is really friendly and willing to help. That’s something I’ve really enjoyed. There’s something special about a college town, and that’s something I missed from my days in Gainesville. I love that everything revolves around the University. It keeps you young at heart.

Q: How have the relationships you’ve formed with the coaches been so far?

Honnen: They’ve been great. It takes time. Everyone has been open and honest, and willing to have conversations with me. I’m still in the learning phase of trying to get to know our programs. I’m trying to learn the history. You can’t be a good administrator if you don’t know about the past, or what the future may hold. It’s a process. I can’t wait until year one is done, because I think I’ll have a better understanding of everything. The coaches have been willing to embrace my role, so it couldn’t have been any easier of a transition.

Q: What are some of the biggest issues facing women’s collegiate athletics today?

Honnen: A lot of things are changing within the landscape of college athletics. Our coaches do a great job of staying in tune with that, and to what’s going on around them. The biggest challenge is to sometimes just focus on what your program is about. Because the landscape has changed, we get caught up in that. The focus needs to be, ‘Where is my program today, and what can we accomplish this year?’ We have coaches grounded in that. Our Olympic sports programs (I also oversee men’s golf, men’s tennis and men’s track & field) are going to get better. Women’s track & field just won an ACC Championship, and they’re only going to get better. Soccer just made it back to the NCAA Tournament. Nancy Harris has it going with the tennis program, so we’re not going to change much there. Golf and women’s basketball are under second year coaches, and they’re going to have some success. Rowing and volleyball are under first-year head coaches. The sky is the limit right now, and that’s exciting. That’s one of the reasons this job was so attractive. We haven’t met every goal possible. There is room for improvement. And we’re already headed in that direction.