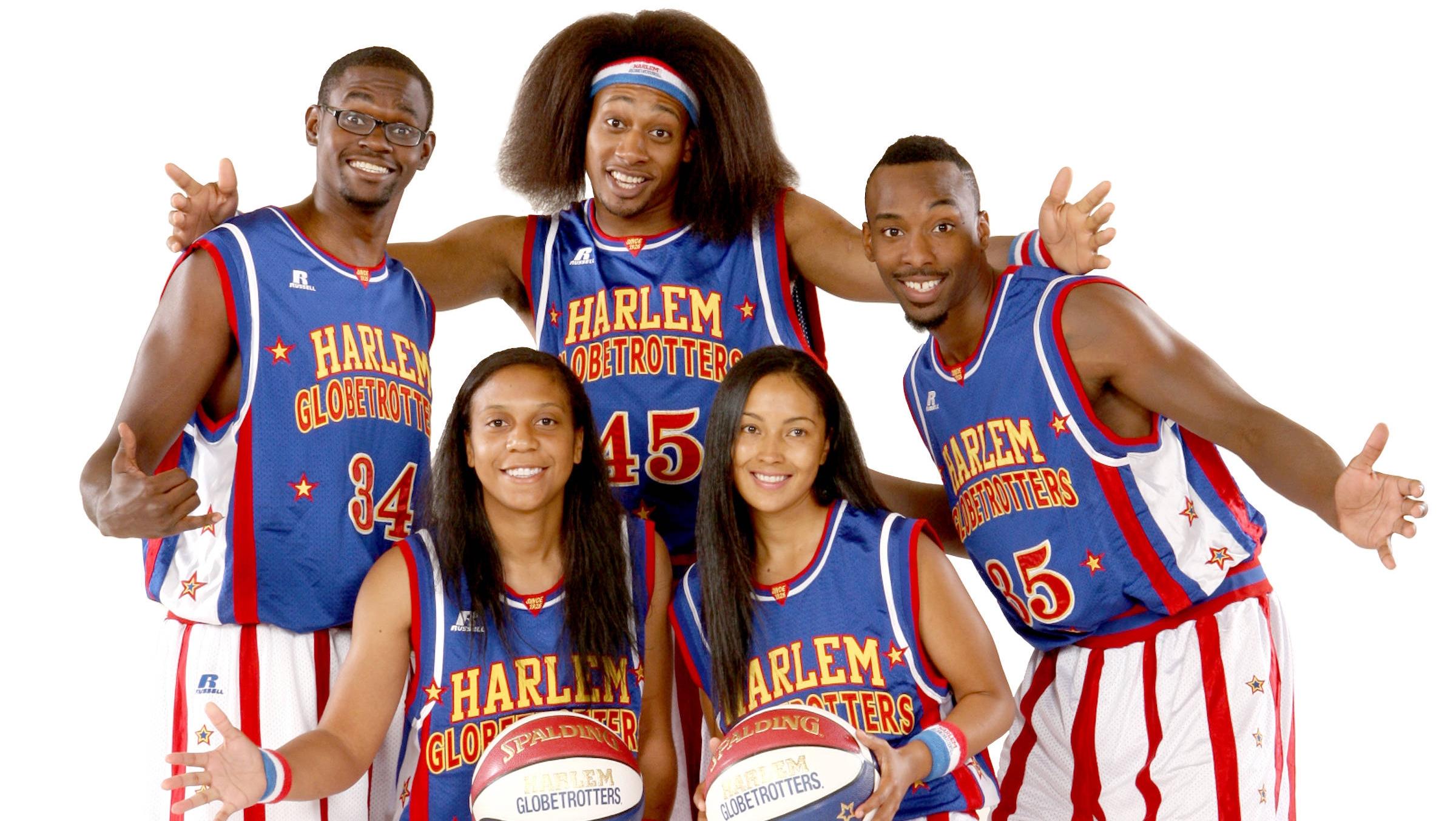 ClemsonTigers.com recently caught up with 2012 Clemson graduate and four-year letterman for the men’s basketball team, Bryan Narcisse.  The charismatic forward has moved on to the next chapter in his life, having just completed training camp with the world-famous Harlem Globetrotters.  In our Q&A session, he discusses the emotions of making the Globetrotters roster, his memories of the College Slam Dunk Contest, his upcoming schedule, and a reflection of his four years at Clemson.

Q: You recently completed training camp with the Globetrotters.  What did you think of that experience?

Narcisse: “We were in training camp on Long Island for a little over a week.  We were in the gym for the majority of the day – learning ball-handling drills from some of the older guys, and just learning plays in general.  We spent so much time in the gym around each other; we all got to know each other pretty well.  We had fun and joked around.  It’s definitely a big family, and I loved the experience.”

Q: Did you go into training camp knowing you had made the roster?

Narcisse: “At that point, I was still figuring some things out about the logistics of it all.  But I went through mini-camp and had signed a contract, so I knew I was pretty much on the team.”

Q: When you first found out the Globetrotters had an interest in drafting you, what were the emotions that ran through your head?

Narcisse: “Oh, man.  I was obviously excited, almost as excited as I was when I got the call that I was going to be in the College Slam Dunk Contest.  People who aren’t even big basketball fans know who the Globetrotters are.  They bridge so many gaps in the way that they conduct themselves on the court.  It’s a fun, family entertainment atmosphere.  Off the court, they’re so visible that people can’t help but recognize them.  People hear ‘Sweet Georgia Brown’ and they know about the Globetrotters.  To have the opportunity to be a part of something that’s been going on for 87 years, and had such a stamp on history and basketball, is definitely a dream come true.  I’m thankful for the opportunity.”

Q: To those familiar with you from your time at Clemson, being a Harlem Globetrotter would seem to be a perfect fit for you.  Would you agree?

Narcisse: “I would definitely agree.  When I was at Clemson, I was involved with the community.  I loved being a personable guy.  That’s one of the things about the Globetrotters.  They like to meet their fans, they have 15-minute autograph sessions after every game.  It’s more than just the players and the fans, we want everyone to feel like part of the action.  That’s how it was when I was in Littlejohn, I was always trying to get the crowd into it.  It seemed like a perfect fit, and when they expressed interest, it was a dream come true.”

Q: Give us an idea of your upcoming schedule.  Where will you be travelling, and how many shows will be involved?

Narcisse: “The Globetrotters play in 270 games per year, because they have anywhere from 25 to 30 players under contract.  That allows them to split their roster into three units.  I’ll primarily be on a team that’s focused on the West Coast, but from time to time we will have a stretch of games on the East Coast.  The schedule will officially come out some time in October.  It will be released on our Web site, www.HarlemGlobetrotters.com.  The closest we’ll actually come to South Carolina will be in Asheville, NC.  From the site, fans can purchase tickets.  The U.S. tours run from December through the end of April.”

Q: Can you give us any hint of what you bring to the team?  Will B-Nice be beat boxing and sharing some of those famous dance moves that you unveiled in the past at Rock the ‘John?

Narcisse: “Honestly, the best answer I can give is that you’ll have to come watch and see for yourself.  I don’t want to give away too much, so you’ll definitely want to get your tickets and check us out.  One of the big things with this year’s tour is the aspect known as the “You Write the Rules.”  People will be able to vote before the games on rules that will be added from city to city.  So we’ll have to practice for every single scenario.  It could be anything from points being doubled, to Globetrotters having a four-point shot 35 feet from the basket available for an entire quarter.  It would be hard for me to hint at what you may see, because it will vary.  That’s another reason I’m excited.  You have to practice, be on your feet and be focused.  Things can change at the drop of a hat.  I’m excited, and I definitely want to see a lot of people come out and support us.”

Q: Reflecting back on the College Slam Dunk Contest, did you have any idea the doors it could possibly open for you?

Narcisse: “I didn’t at the time.  But once I got there, I found out the Globetrotters have routinely taken players from the dunk contest.  Flight Time (Herbert Lang), one of the showmen who was recently on the Amazing Race, was a Globetrotter and was in the dunk contest.  A couple of second-year guys, one from UNC Asheville named Jet Williams and another named Spider Wilks from Cincinnati, got second and third, respectively in their dunk contest the year before mine.  The thought crossed my mind, but at the same time, I thought to myself, ‘Maybe they’re interested and maybe they’re not.’  You really never know.  It speaks to what the Globetrotters stand for, which is basketball and entertainment.  Four years of exposure at Clemson helped me in that process.  I’m really excited to have the opportunity.  I wasn’t sure it could open these doors, but it had a way of working itself out.”

Q: You put four years of hard work into the basketball program at Clemson, played on some successful teams, and earned your degree.  What memories do you take of your time at Clemson?

Narcisse: “It’s hard to pinpoint specific memories from four great years.  I loved the atmosphere and playing in Littlejohn night in and night out.  Our crowd was electric.  I’m a little biased because it was my favorite place to play in the ACC.  I get that question a lot, but I still say my home court was my favorite.  The people at Clemson, the Tiger Nation family – I just loved it!  It’s my second home now.  The people leave a mark on you.  I hear that from people that just come for a visit.  They say there’s something in the hills up in Clemson, but there really is something.  I take that with me everywhere I go.”

Q: Does any one memory stand above the rest?

Narcisse: “Definitely the NC State game my junior year.  That was the first game I ever started at home.  We’ll ignore the fact that because I started and we were able to come back and win, that we had to get behind by 19 points.  We’ll ignore that part.  Up to that point, I was a role player.  I had started the previous game at Maryland, after Tanner (Smith) got hurt.  So, NC State was the first game I ever started at Littlejohn.  To be a key factor in helping us get a big win in the ACC, that one really stands out in my mind.  Definitely the dunk before half, the salute, and all that, too.”

Q: You developed quite a fan following in your time at Clemson.  Is there any message you’d like to deliver to Tiger fans?

Narcisse: “Tiger Nation, continue to support the group of guys that are here playing Clemson basketball.  It started well before me, and it will continue, so you have to keep supporting the program.  We need to keep a tradition going, because we helped build one the last few years.  That’s not just basketball, that’s all sports at Clemson.  Football won the ACC title, track is doing their thing.  Clemson is doing big things athletically.  People should continue to support not only basketball, but all of our sports.”