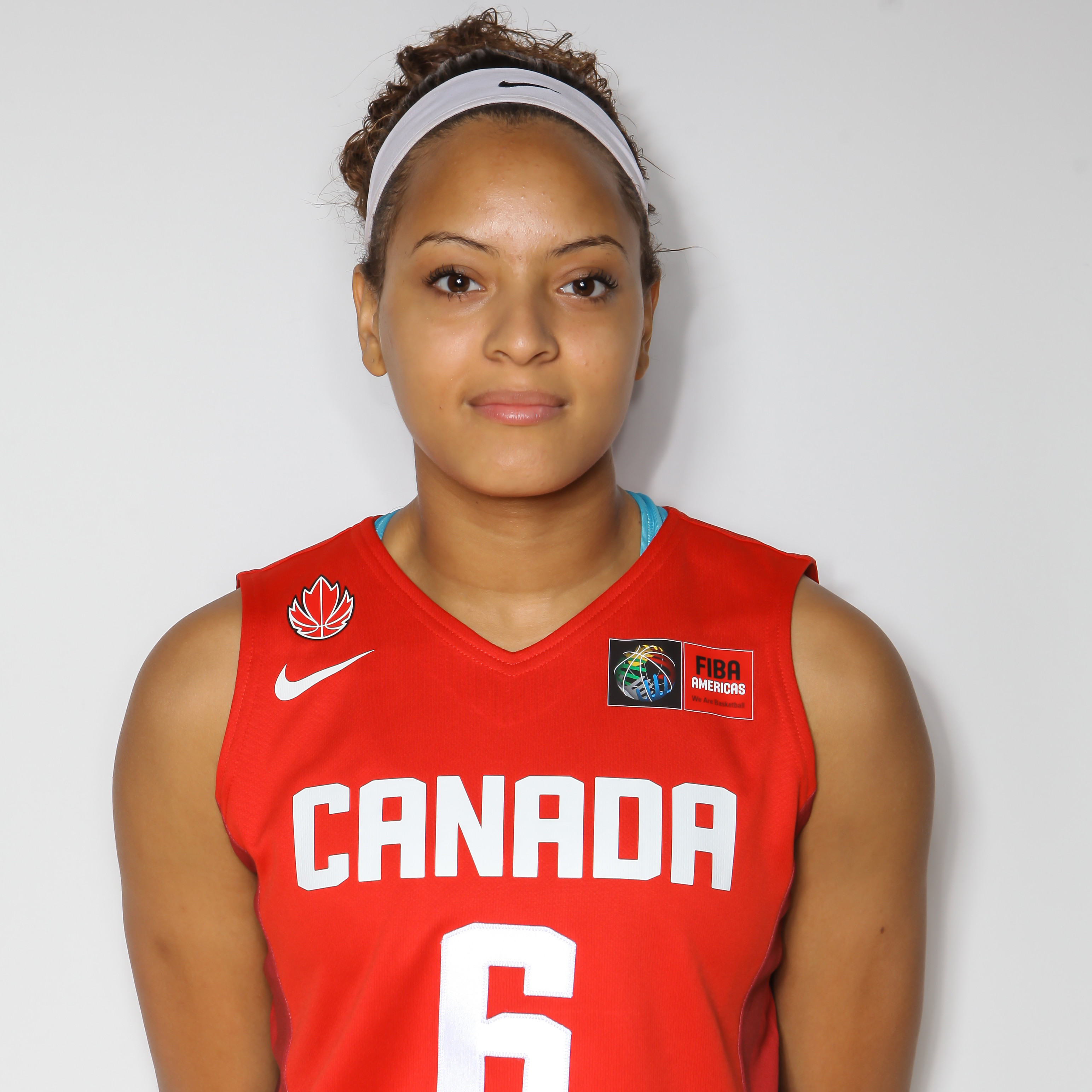 Provo scored 12 points and had five assists, but Canada came up short in the Gold Medal game, 104-74 (box score), to the Americans at the FIBA Americas U18 Championships. After being held to just one point by the US in group play, the future Tiger had her most efficient game, going 4-7 from the field and 4-5 from the line while adding a team-high five assists.

Provo scored in double figures in four of the five games in Colorado, leading the Canadians with a 12.0 points per game scoring average.

On Sunday, the Americans were led by incoming South Carolina freshman, A’ja Wilson, who had 25 points and 11 rebounds. Team USA is coached by Dawn Staley, the Gamecock Head Coach and former Audra Smith teammate at Virginia.

Provo will be on campus later this week to enroll for her freshman year with the Tigers.

Provo led Canada in scoring for the third time in four games, adding a peronal-best 18 points, and leading her squad to a 67-60 (box score) win over Brazil in the semifinals of the FIBA Americas U18 Championships. The Canadians will play the winner of the USA vs. Argentina game on Sunday at 7:30 p.m. ET for the Championship.

Provo struggled to an 0-4 mark from the floor and just one point and four fouls in 13 minutes against the U.S. in a 107-76 (box score) loss. However, the team had already advanced to the semifinals by virture of wins over Mexico and El Salvador, so Provo was able to rest for Saturday’s contest against Brazil.

Provo’s 15 points led Canada in scoring for the second straight game as the Junior National Team defeated Mexico, 81-54, (box score) on Thursday at the FIBA Americas U18 Championships in Colorado Springs, Colo. The win pushed Canada through to the semifinals before playing in its final group game, which will come against the USA on Friday at 7:30 p.m. ET.

The incoming freshman scored 15 points on just 2-9 shooting, but she was a force attacking the basket, going 11-13 from the line. She also added five rebounds, including a game-high three on the offensive end.

The U.S. are coached by South Carolina Head Coach Dawn Staley, and feature one incoming player for the Gamecocks, A’ja Wilson.

Provo scored a team-high 14 points in leading Canada’s Junior National Team to a 65-34 victory (box score) over El Salvador in its opening game of the FIBA Americas U18 Championships in Colorado Springs, Colo. She went 5-11 from the field, including a 2-8 mark from deep. She also added a pair of free throws, and had four rebounds and two steals for the Canadians.

Canada will play Mexico this evening at 5:30 ET. The Mexicans fell to Team USA, 104-55, last night in the opening game for both squads. The Canadians can all but assure themselves a spot in the semifinals with a win tonight.

Daneesha Provo, an incoming freshman and member of the 2014 women’s basketball signing class, will open play with the Canadian Junior National Team at the 2014 FIBA Americas U18 Championships in Colorado Springs, Colo. on Wednesday. Provo, a 5-10 guard from Nova Scotia, and the Canadians will play three games in pool play Aug. 6-8, and two have two more guaranteed games on Aug. 9 and 10.

The top two teams from each of the two divisions (four teams in each) will make the semifinal round on Saturday, with the finals coming on Sunday.

Provo is making her fifth appearance with the Junior National Team, which included an eight-game stint at the FIBA U19 World Championship in Lithuania, as well as a 3-on-3 World Title in Indonesia.

When Canada plays the U.S. on Friday, it will be Provo’s first indirect experience in the rivalry with South Carolina, as the Americans are coached by Dawn Staley, and incoming freshman A’ja Wilson is one of the top players.