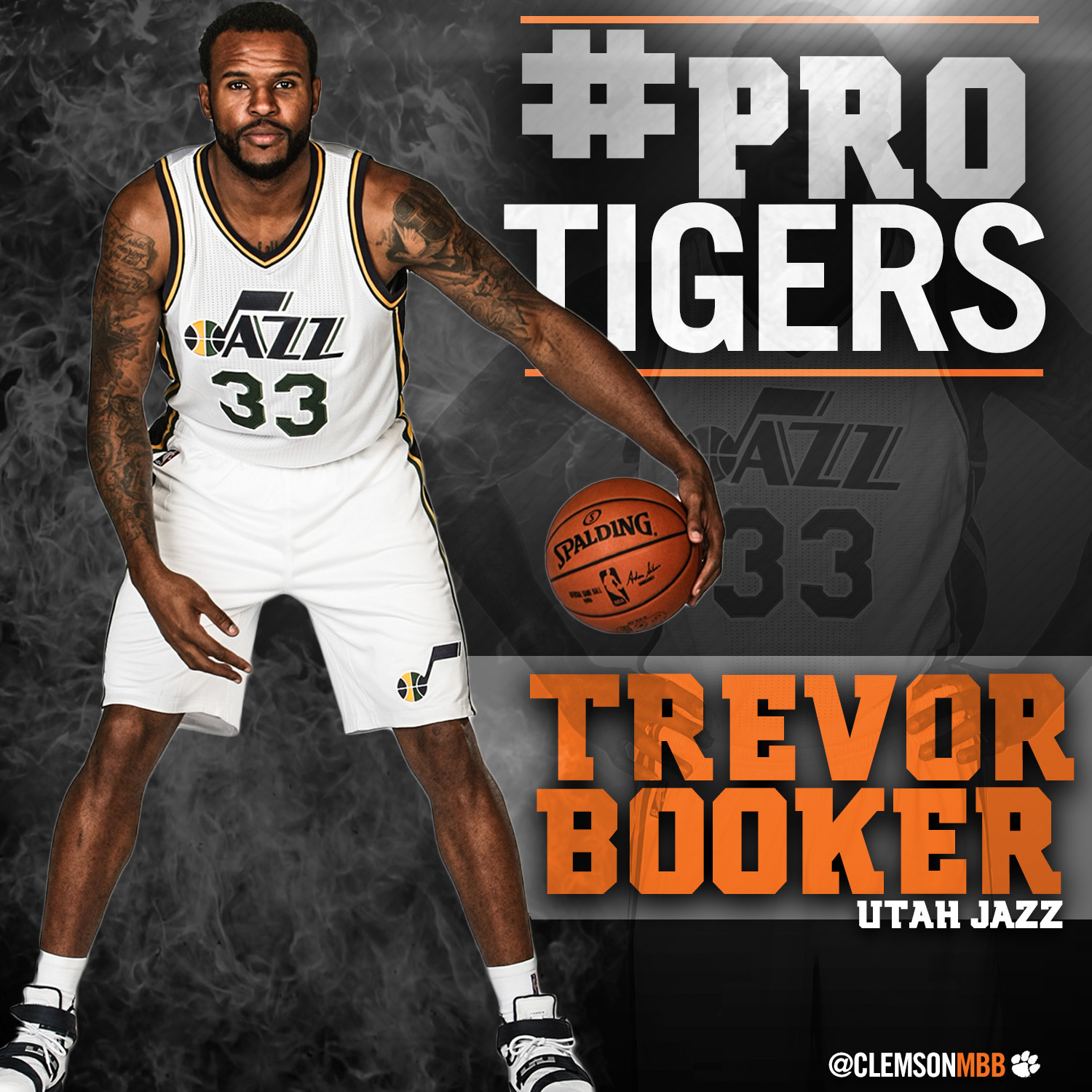 Note: Statistics courtesy NBA.com, Eurobasket.com and RealGM.com; list only includes players who finished their collegiate careers at Clemson; years at Clemson are included after each player’s team.

• Averaging 5.7 points and 6.5 rebounds in 45 appearances for the Jazz

• Has already recorded two games this season with 15+ rebounds

• First year in the NBA D-League

• Appeared in 13 games this season for three teams

• Had 14 points, 5 rebounds, and 2 assists against former teammate Devin Booker on January 19

• Leads the team in rebounding and blocks

• Recorded 22 points, 11 rebounds and one block against Antibes on February 1

• Has started at guard in all 18 games this season

• Posted 12 points and 4 assists in a game against former Tiger, Devin Booker, on February 1

• Played in 36 games this season

• Shooting 61.2 percent from the floor so far this season

• Played in 17 games so far this season

• Shooting 64.4 percent from the floor

• Averaging 9.8 points and 1.4 threes per game in six Euroleague games so far

• Recorded 20 points, seven rebounds and one steal in a game against former teammate, Demontez Stitt, on January 15

• Third in the French League in blocks, fourth in rebounds

• Posted 17 points, 11 rebounds and three blocks in a game against former Tiger, Demontez Stitt, on January 3

• First year in the Turkish League

• Second in the league in assists and fourth in scoring

• Averaged 13.3 points and 9.2 rebounds per game last season in Italy