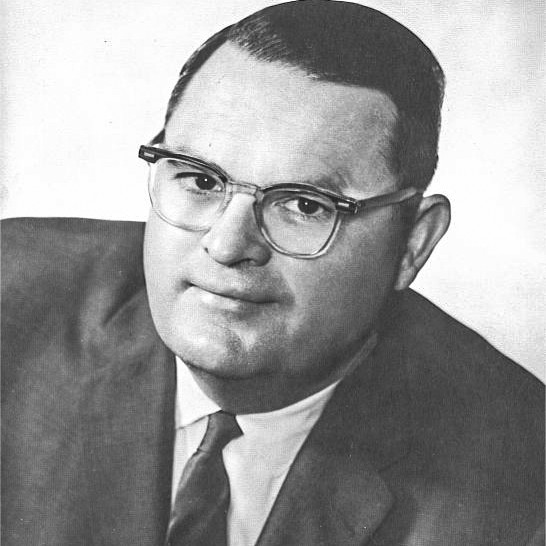 Presidents Who Made an Impact

Fans who witness Saturday’s game from close range will notice a “Fr. Ted” patch on the helmet of all Notre Dame players. The 5,000 Notre Dame fans who received tickets to Saturday’s game at Memorial Stadium know all about Father Theodore Hesburgh, Notre Dame’s president from 1952-87, who died February 26 at the age of 97.

The best way to put Hesburgh’s impact on the Notre Dame community into perspective for the 80,000 Tiger fans at today’s game would be to say that Hesburgh was the Dr. R.C. Edwards of Notre Dame.

As a Notre Dame graduate from the 1970s, when Hesburgh was in charge, and a 38-year employee of the Clemson athletic department, including the last year of Edwards’ tenure, I am uniquely qualified to make this comparison.

In many ways, the most legendary presidents of the respective schools had a lot in common and have much to do with the “spirit, the sense of place,” of both institutions.

Both served their respective schools in the heart of the Civil Rights movement, and the leadership they showed at their schools served as a model for other presidents.

Hesburgh had a bigger impact on the Civil Rights movement than any university president, or anyone else…period. He was appointed to the Civil Rights Commission by president Dwight Eisenhower in 1957 and retained the appointment when John F. Kennedy was elected.

Hesburgh convinced members of the commission to come to Notre Dame’s retreat facility in Land O’ Lakes, Wis. After a few fishing trips, they met to write the doctrines of the Civil Rights Bill that was passed July 2, 1964. He won the Presidential Medal of Freedom from president Lyndon Johnson that same year.

In 1963, Edwards directed Clemson through significant change when the university enrolled its first African-American student, Harvey Gantt. There had been riots at other schools in the South during these times over the same situation, but there were no problems at Clemson.

“President Edwards was very fair to me,” said Gantt. “He seemed to be singularly interested in making sure the change was peaceful.”

Both men made significant changes at their schools to help women become involved in their schools that had been all male for many years. Hesburgh admitted women to Notre Dame for the 1972-73 academic year. Clemson admitted female students beginning in 1955, but it did not have any varsity athletic teams until 1975. Edwards championed their rights in many areas of campus activities other than sports during his tenure.

Perhaps the biggest common denominator between the two leaders was their common sense and their ability to create a family atmosphere on campus and among alumni.

In 1962, a Notre Dame student was involved in a serious automobile accident in Pennsylvania. He was in a coma and it was touch-and-go as to whether he would make it. Hesburgh was told of the accident and left a meeting in Washington, D.C., to travel to Pennsylvania by Greyhound bus to the hospital. He stayed with the young man’s parents for eight hours that day. The student recovered and graduated, leading to a special graduation moment for his family.

It was a well-known fact that if Hesburgh’s light was on in his office on the third floor of the administration building (Golden Dome) late at night, a student was free to go to his office and seek his counsel. Some would just climb the fire escape outside his office and tap on the window. It was known as his “open window” policy.

That is the same personal touch that Edwards showed in everything he did at Clemson. His door was always open for students seeking advice.

For years in retirement, Edwards came to my office on a Monday morning to pick up extra football programs for players who had been featured the previous Saturday. He then went to the locker room and put the extra programs with a hand-written note in each player’s locker.

Edwards was famous for making the extra effort to wish Clemson athletic teams well as they prepared for a road game. He made his final appearance in that role on Friday, Nov. 28, 2008, just five days prior to his death, when he greeted head coach Dabo Swinney and the entire football team from a stretcher provided by the local EMS as the team left the Jervey Athletic Center. It was a moment Swinney will never forget.

Both schools’ football programs promote the “family atmosphere” within their programs, and you see signees talk about that as an impact in their decision to sign with both programs.

While both Clemson and Notre Dame have great athletic legends, you can make the case that Hesburgh and Edwards were the men who had the most to do with each school’s family atmosphere. They both had long careers with distinction at their respective institutions and their ability to foster this family atmosphere through the belief in the personal approach was important to both men.

They achieved a high level of respect because they had one more common characteristic. They both believed a most important aspect of their job was the well-rounded educational experience of the undergraduate student. Thousands of Clemson and Notre Dame graduates and employees continue to benefit from that wisdom today.

I was one of the fortunate ones to benefit from both.