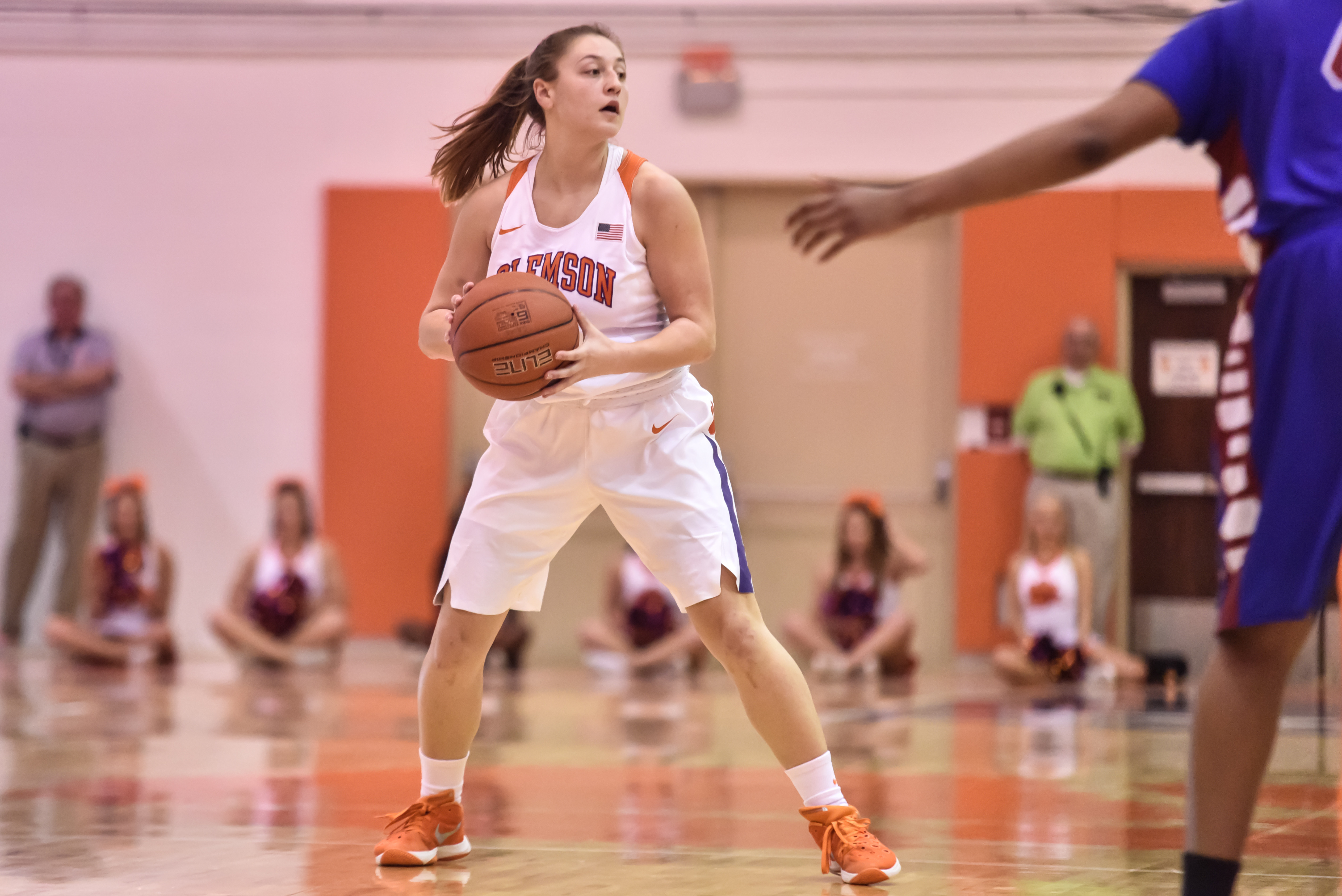 CLEMSON, S.C.- Clemson (2-7) fell to William & Mary (7-1) Saturday afternoon by a final score of 58-41 in Jervey Gym. Sophomore Victoria Cardaci’s four first quarter three-pointers and 14 points were not enough as no other Tiger was able to reach double-figures in the contest. Clemson outscored the Tribe 28-18 in the first quarter but lost the final three quarters by a 40-13 margin.

“William & Mary fought back and did a great job of executing. They share the basketball and are a very well balanced team,” Head Coach Audra Smith said following the game.

Clemson played it’s best first quarter of the season, scoring a season-high 28 points while shooting an exceptional 62.5% (10-16) from the floor. Cardaci scored all of her 14 points in the first quarter. William & Mary came out firing in the second quarter, knocking down three shots from behind the arc in the quarter and turning the ball over only once. At the half, the Tribe led Clemson 40-35.

Clemson’s offense went ice cold in the second half, scoring only six points in the final two quarters. The Tigers played well defensively after halftime, holding William & Mary to only 18 second half points, but the defensive effort was not enough as the Tigers could not get anything going offensively.

“We came out playing hard in the first quarter and Victoria [Cardaci] played fantastic, knocking down those four threes. Then we just did not play in the second half. We played really hard that first period but after that we struggled.”

Clemson will play its next two contests away from Jervey Gym. Next up, the Tigers travel to Cookeville, Tenn. to take on Tennessee Tech on Sunday, Dec. 13 at 2 p.m.