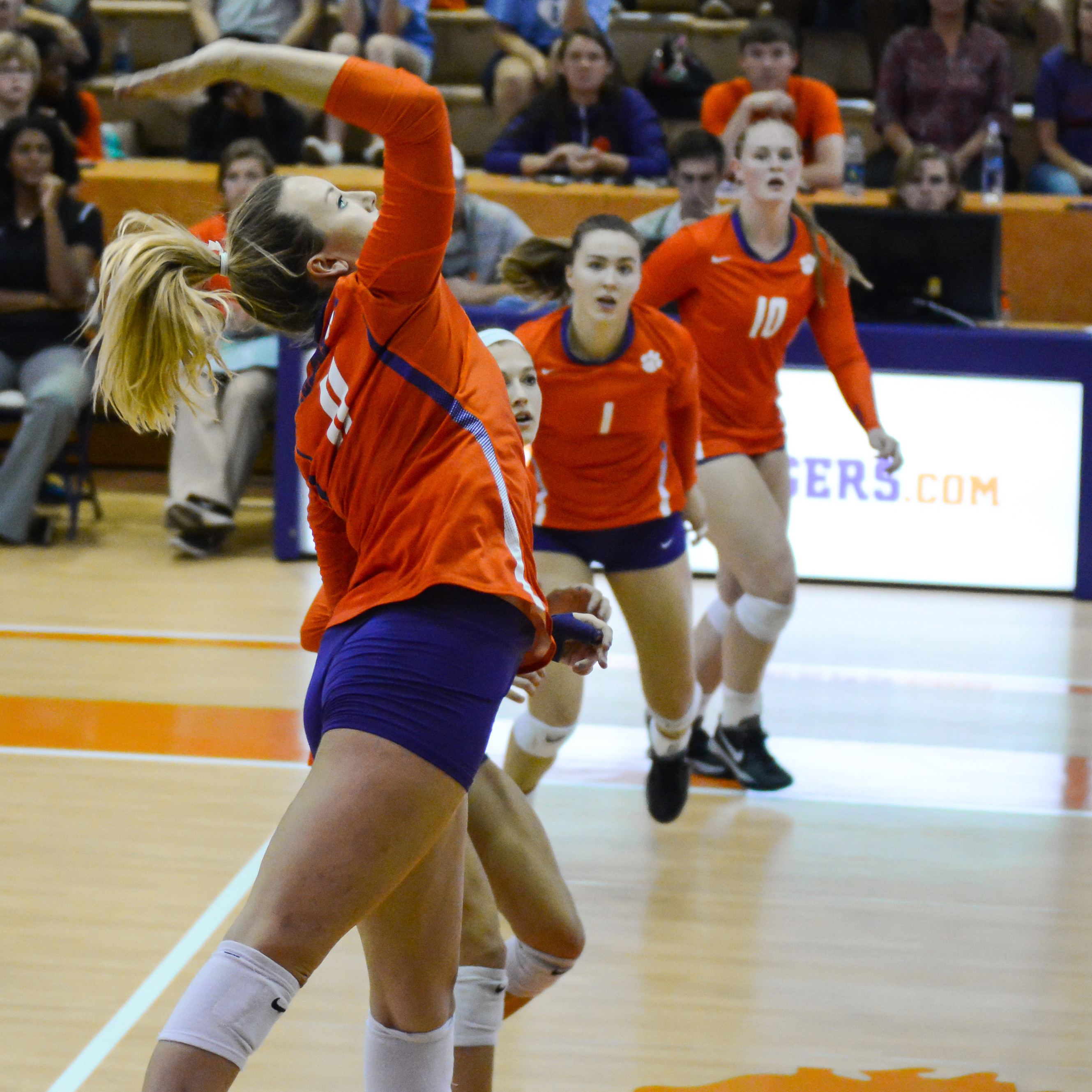 “Our middles had a good efficient night, hitting about .300 with 10 kills and only three errors,” said head coach Hugh Hernesman. “I thought overall we did a good job of limiting our hitting errors. Though, at the end of the day we just didn’t have enough to slow down an efficient Pitt offense. That’s an NCAA Tournament team and they played like one tonight. I’m encouraged by how we’ve improved since the last time we played them.”

Clemson’s balanced attack wasn’t enough to defeat the Panthers as three Tigers finished with seven kills on the night. Leah Perri, Megan McGinley and Kailey Harvell led the offense with seven kills with McGinley leading the way, hitting .333 on the night. With the performance, McGinley has now hit .333 or better in four of the last six matches with 37 kills in that stretch.

Emily Curtis finished tied for the team lead in digs with Perri, earning six on the night. The freshman also aced the Panthers twice with just one error. She now has four aces in her last three contests with just two service errors.

The Tigers are back in action Sunday, November 6 against Virginia Tech. Clemson will host the Hokies at 1:00 p.m., in Jervey Gym.