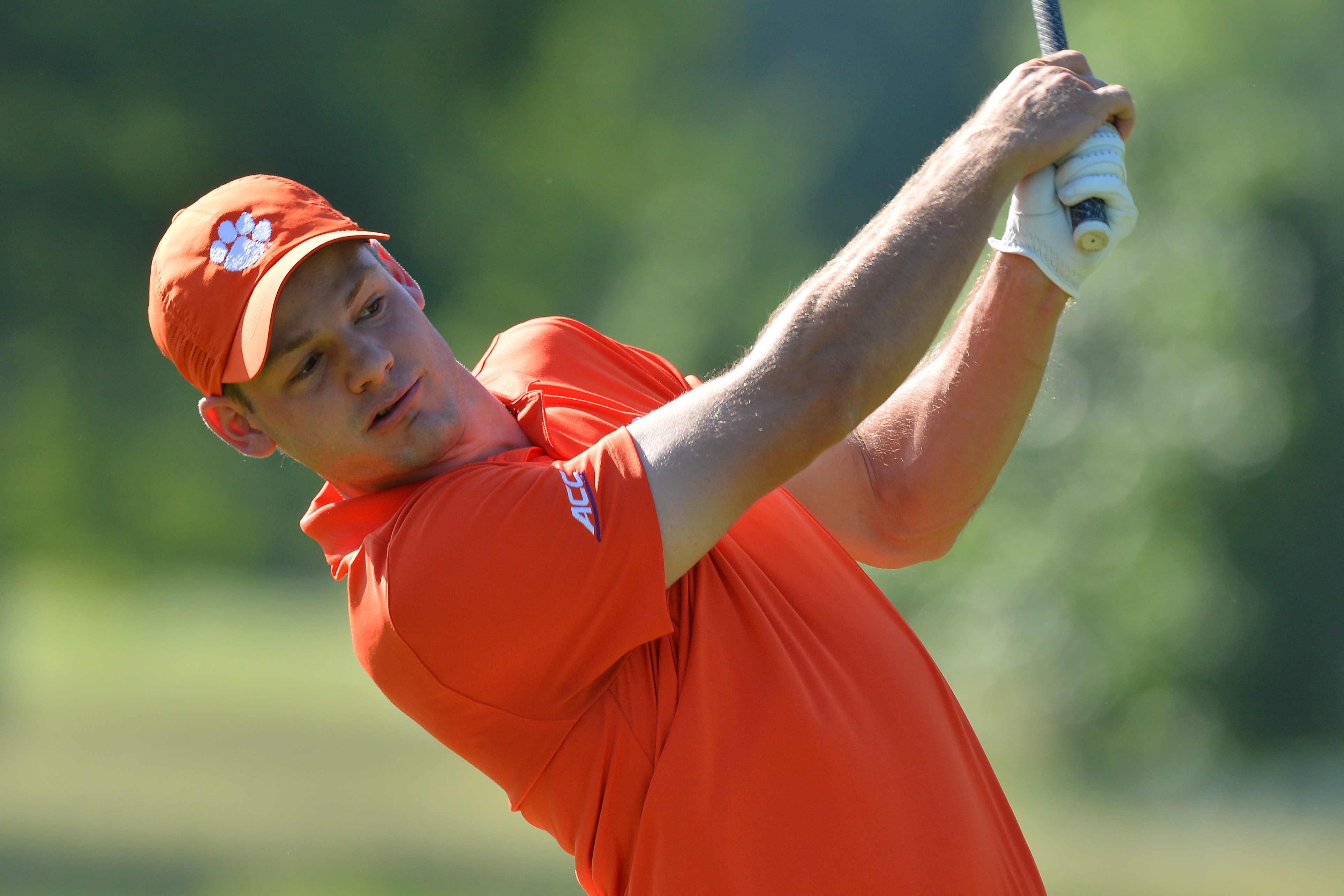 Clemson, S.C.—Soon to be Clemson freshman Turk Pettit qualified for match play at the US Amateur on Tuesday, while Clemson sophomore Doc Redman will be in a 13-player playoff for seven spots to join him Wednesday morning.   The prestigious international event is being played at Bel Air Country Club and Riviera Country Club in Los Angeles.

Pettit shot one over par 71 at Bel Air on Tuesday thanks to a three under par start for the first six holes. He made four bogeys over the last 10 holes, but still had four strokes to spare in finishing in a tie for 19th place for the 36-hole stroke play qualifier. He shot a one under par 69 in the opening round at Riviera on Monday.

But both course played difficult in the afternoon and the pack came back to Redman as he waited to see what his 311 competitors scored. At the end of the day, Redman was tied for 57th place with 12 other golfers. There will be a playoff for the final seven spots on Wednesday morning before the start of match play. All match play will take place at Riviera.

If Redman advances to match play Wednesday he will be the first Clemson golfer to make match play at the US Amateur in consecutive years since Kyle Stanley in 2007 and 2008.