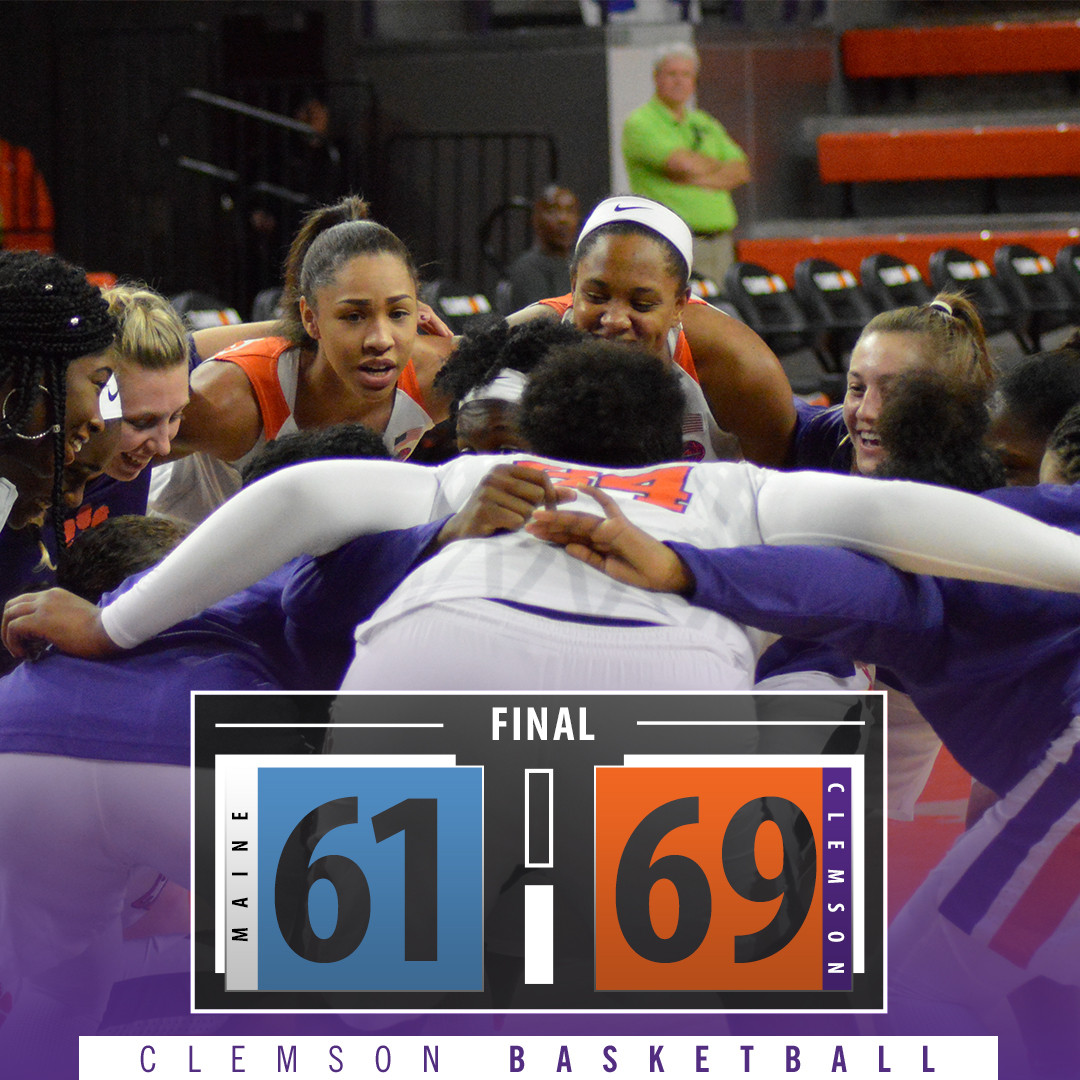 CLEMSON, S.C. – Junior Nelly Perry and sophomore Danielle Edwards combined to score 41 of the team’s 69 points en route to the Clemson women’s basketball team’s 69-61 victory over Maine on Friday evening at Littlejohn Coliseum. With the win, the Tigers improved to 8-0 on the season, the best start to the season since the 1998-99 team started 11-0. The Black Bears fell to 3-5 with the loss.

Maine led 20-16 after the first quarter, in which Perry and Edwards combined to score 14 of the Tigers’ 16 points. Clemson outscored Maine 13-9 in the second quarter to tie the game at 29-29 heading into halftime. Edwards scored 10-straight points to open the third quarter for the Tigers, who held a 47-43 lead at the end of the period. Junior Victoria Cardaci hit consecutive threes to open the fourth quarter, followed by two more by Nelly Perry, extending the Clemson lead to 16 points, its largest of the game, with just three minutes remaining in the contest.

Perry finished the game with 21 points, while Edwards tallied a season-best 20 points on a 7-for-14 shooting day. Sophomore Aliyah Collier was also in double-figures in scoring, while posted team-highs in rebounds (8) and steals (5). Perry and Edwards also picked up four steals apiece, and Perry dished out a game-high six assists.

As a team, Clemson shot 40% from the field, and a season-best 40% (8-for-20) from three-point range. The Tigers forced 18 Maine turnovers, while only committing nine themselves, also a season-best for the team.

The Tigers have a nine-day break from competition during Clemson University’s fall semester exam period, and return to the court on Monday, Dec. 12 when they host Oregon. The game between Clemson and the Ducks tips off at 7 p.m. at Littlejohn Coliseum.