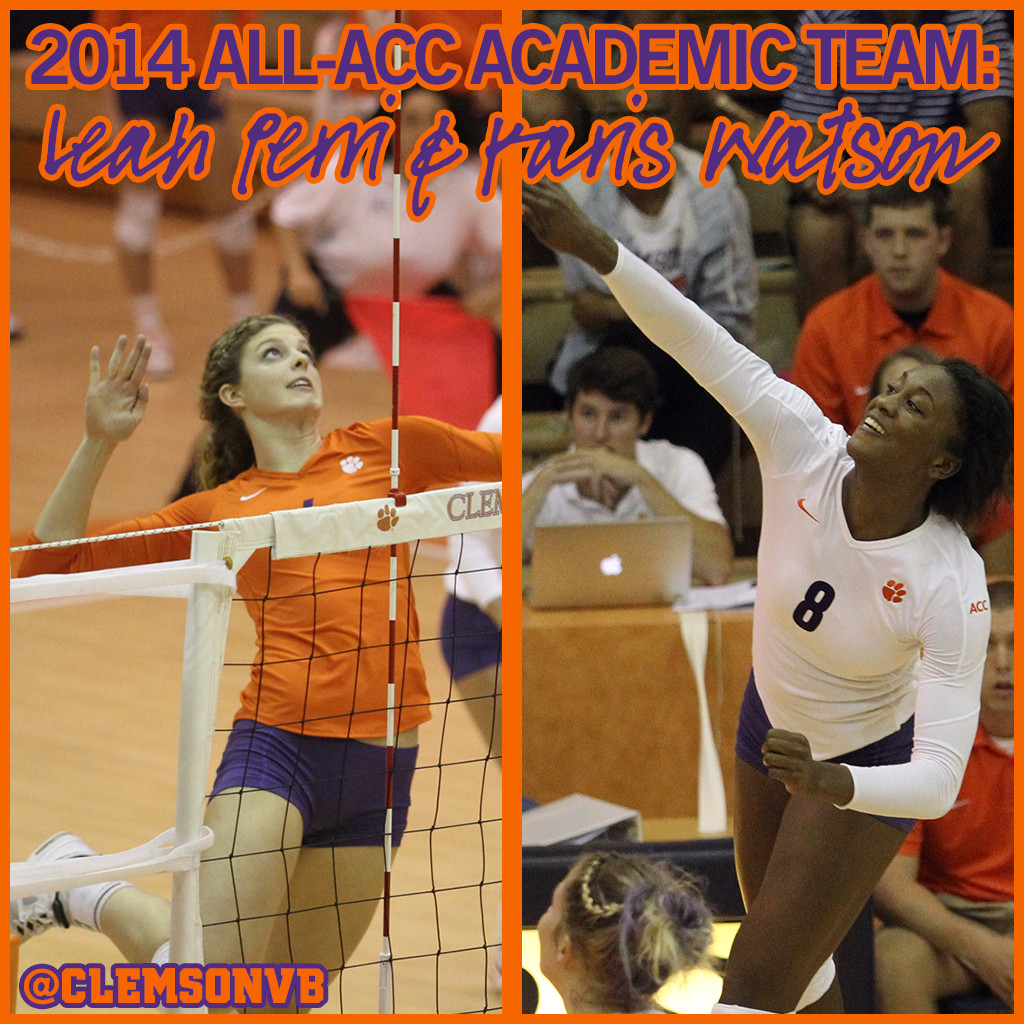 CLEMSON, S.C. – Karis Watson and Leah Perri were named to the 2014 All-ACC Academic Volleyball Team as announced by the Atlantic Coast Conference on Wednesday. It is the first career ACC academic honor for Watson, a senior who was also an All-ACC Second Team honoree on the court in 2014. The honor is the second for Perri, a sophomore who has earned the accolade in each of her first two seasons with the Tigers.

Watson finished the 2014 season with a 1.46 blocks per set average, good for second in the ACC and ninth in the nation. Her 174 total blocks were also second in the conference and tied for ninth nationally. The 1.46 average put the Rock Hill, S.C. native in a tie for seventh place (with Danielle Hepburn, 2007) in Clemson history for single season blocks per set average. The 174 total blocks in a single season also rank seventh in school history, and the 146 block assists are fourth-best. Watson finished third on the team in 2014 with 236 kills and a 1.98 kills per set average, and totaled 337.0 points on the season.

Perri ranked second on the Clemson team in 2014 with 351 kills, good for a 2.95 kills per set average. She also finished the year with 373.0 points, the second-most points scored on the team. The native of Richland, Mich. set a new career-best 22 kills against Furman on Sept. 6 and tallied double-digit kills in 19 contests in 2014. Perri also earned All-ACC Academic honors last year as a freshman, and was named to the ACC All-Freshman Team in 2013 as well.

The Tigers as a team posted a cumulative grade point average of 3.10 for the fall 2014 semester. It was the second-best fall semester on record for the program, and the best in over a decade, since the fall semester of 2003.