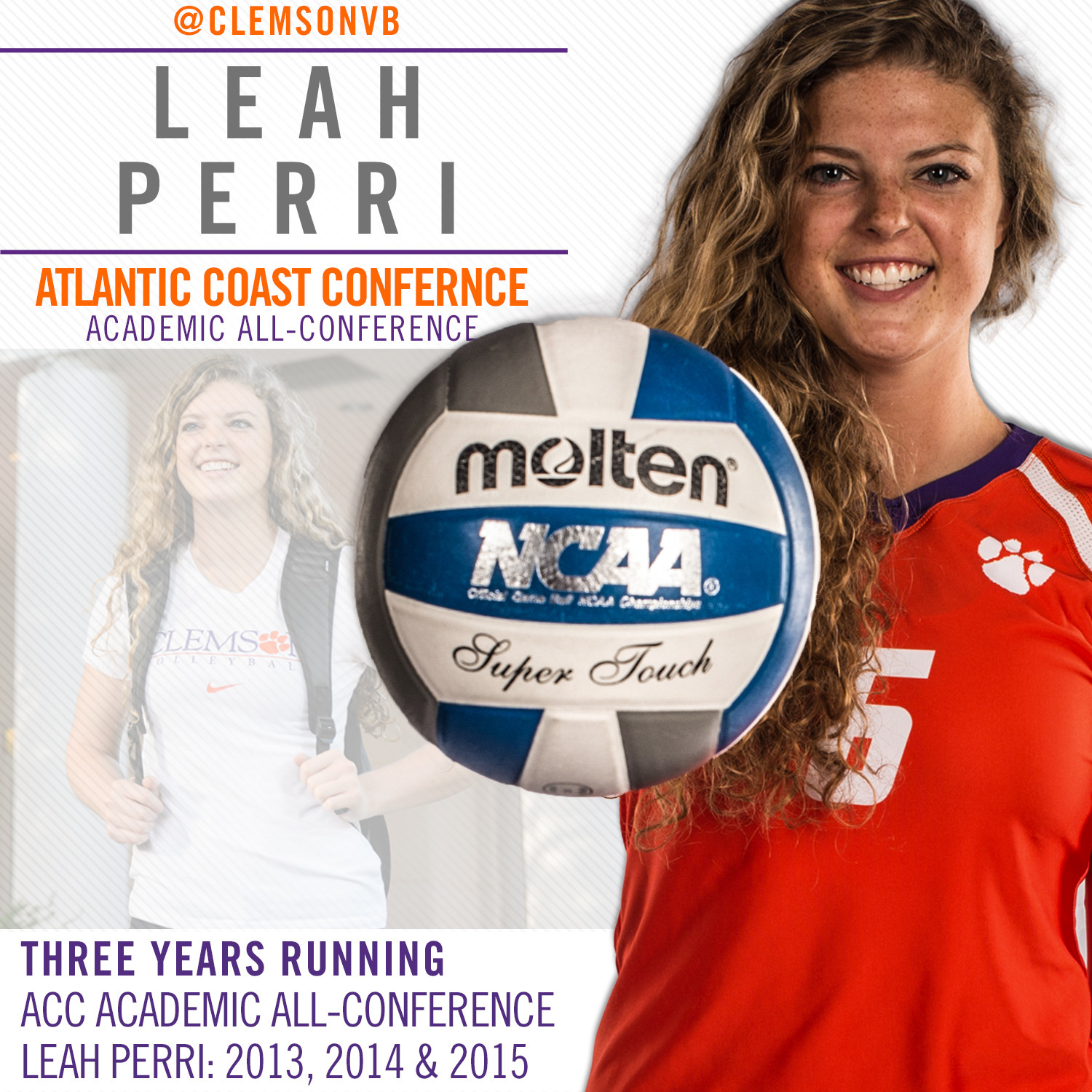 CLEMSON, S.C. – The Atlantic Coast Conference has selected Leah Perri to her third consecutive Academic All-ACC Team. Overall, this is the health science major’s fourth honor received from the ACC, as she was named to the ACC All-Freshman Team in 2013.

Perri is just one-of-four student-athletes on the list of 30 to have received the honor three times. Matalee Reed of Wake Forest earned her third academic nod from the ACC in her senior season and Paige Neuenfeldt along with Katty Workman each earned their fourth.