CLEMSON, S.C. – Former Tiger and major leaguer Ben Paulsen was added to the Clemson baseball staff as director of player development, announced by head coach Monte Lee. Paulsen spent last season as a student assistant coach at Clemson, as he returned to Tigertown to finish his degree requirements through the Tiger Trust program. He later served as the volunteer assistant coach at Georgia Southern this fall.

“We’re very happy to have Ben back at Clemson in 2019 as our director of player development,” said head coach Monte Lee. “He has a tremendous amount of experience at all levels, including three years as a major leaguer. He was an asset to our team last year and we look forward to utilizing his skill set to better our players and team.”

Paulsen, a native of Acworth, Ga., graduated from Clemson with a degree in business management in 2018. Paulsen, who is engaged to Kendall Hill, was born Oct. 27, 1987 in Plymouth, Wis. 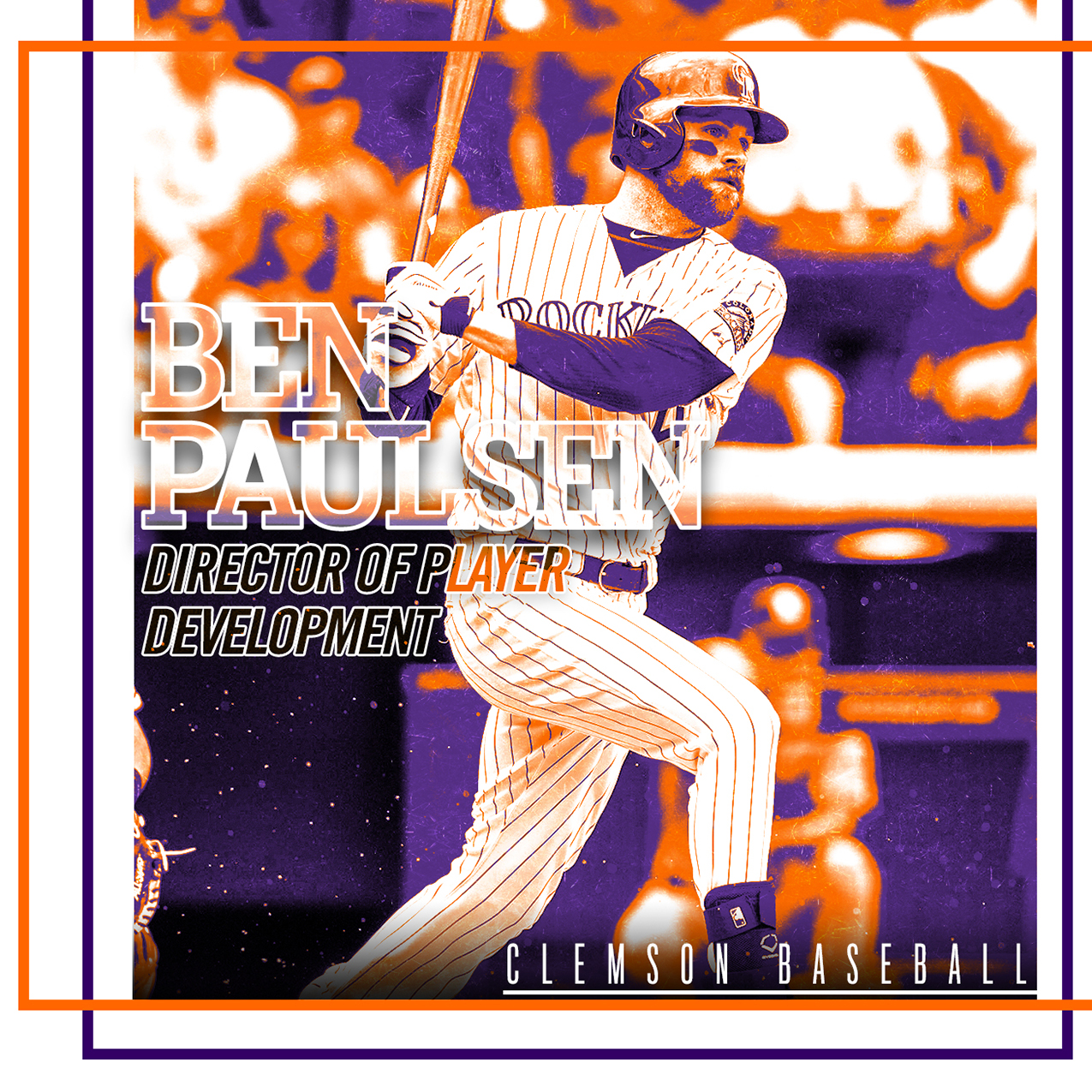