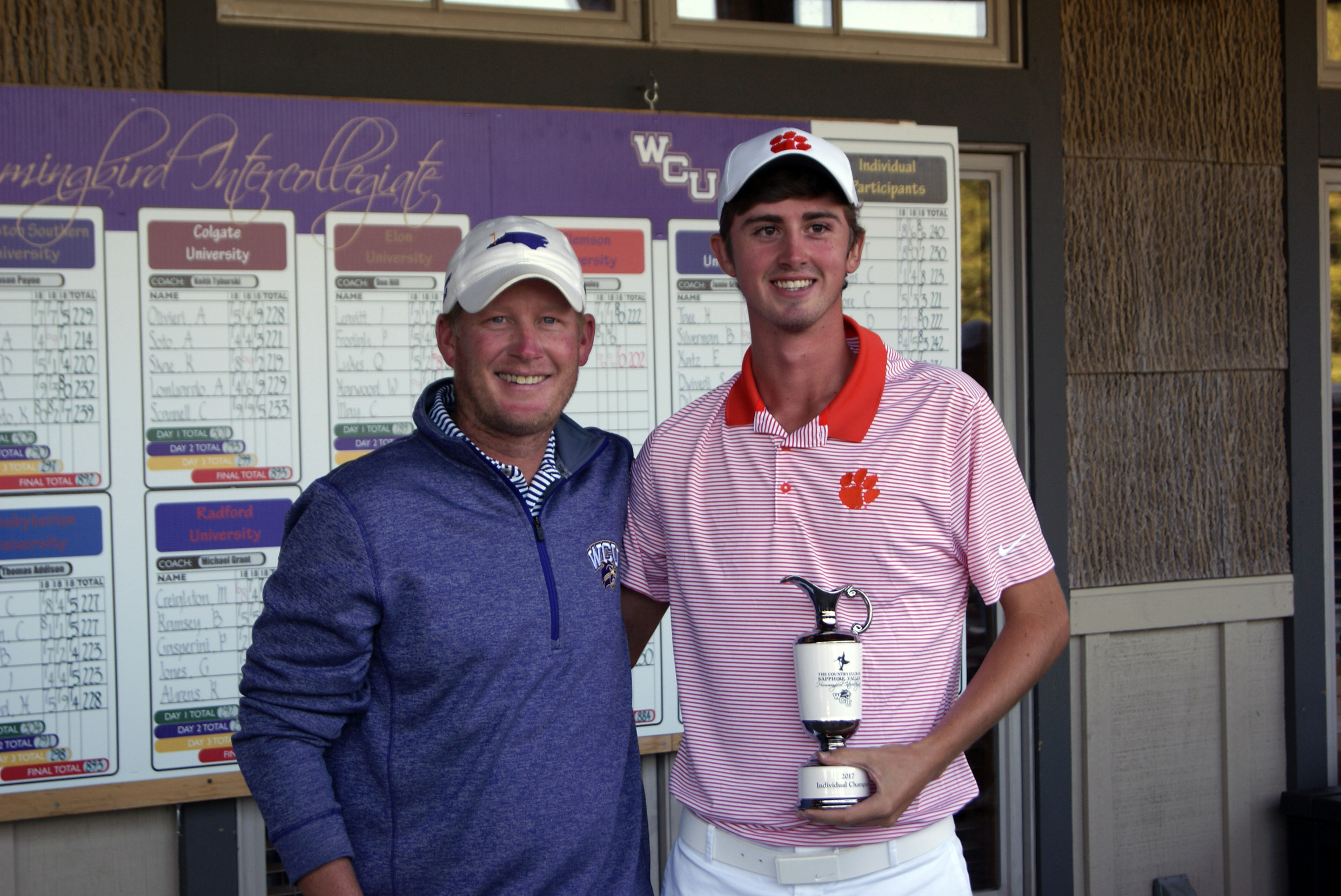 Clemson, S.C.—Clemson freshman Colby Patton won medalist honors at the Hummingbird Invitational Golf Tournament at Sapphire, NC on Tuesday. Patton was playing the tournament as an individual while his Clemson teammates competed in Oregon in the Nike Elite.

Patton had a four-shot lead early in the final round, then saw players tie him at one point, then finished strong to win by two shots.

Patton a native of Fountain Inn, S.C., led after each of the three rounds played over two days. He led the field in par five scoring with an incredible 4.22 average. He was also third in scoring on par four holes at 3.82. His 202 total is second best in Clemson history by a freshman.

Coleman Self, another Clemson golfer playing as an individual, finished 34th in the field with a 222 score, nine over par. The sophomore shot even par rounds of 71 for each of the first two rounds.