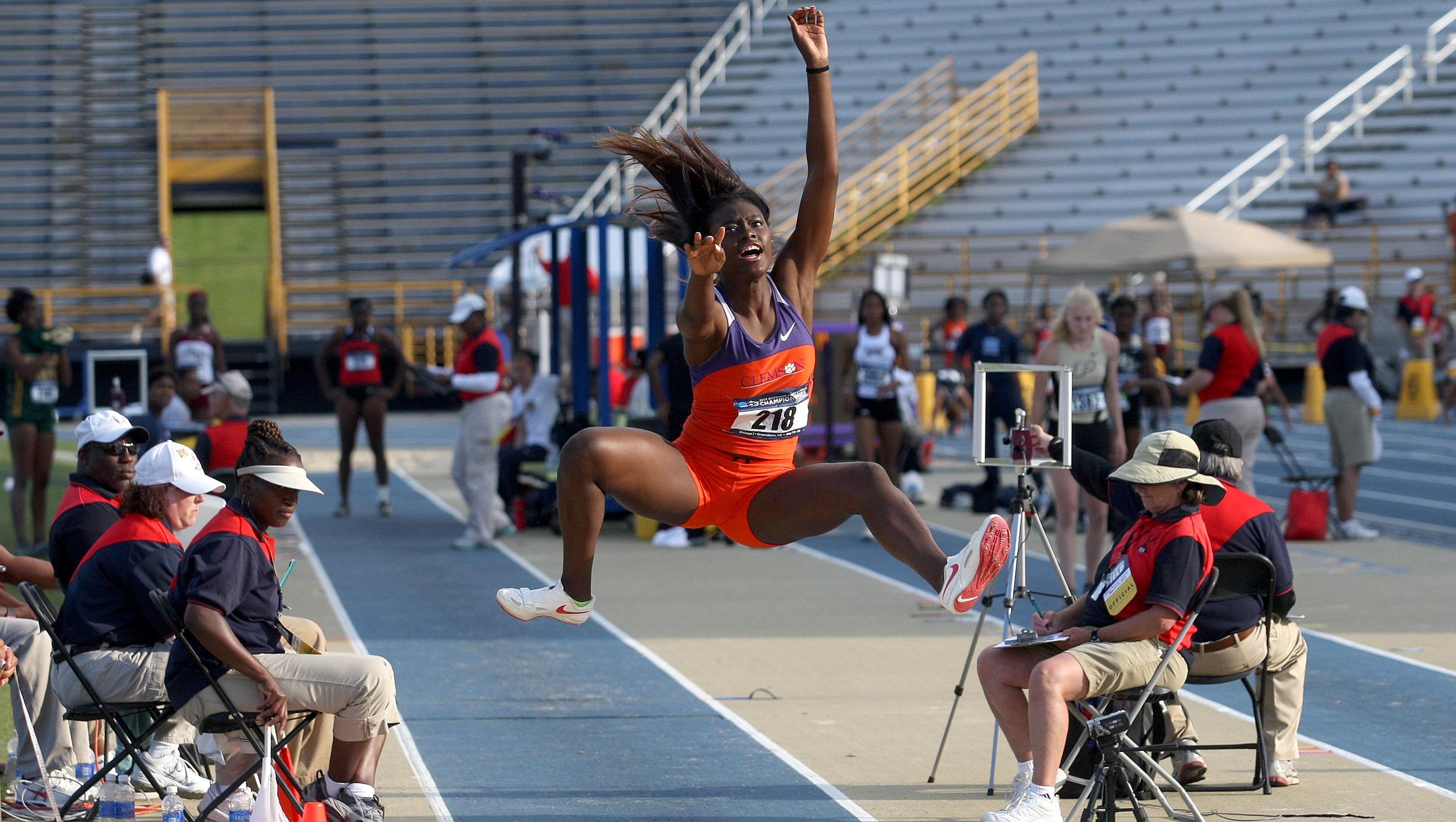 CLEMSON, SC – A pair of long jumpers qualified for the upcoming NCAA Outdoor Championships to highlight Clemson’s first day of the East Preliminary Round at Irwin Belk Track in Greensboro, NC. Jameel Abdul-Mateen of the Tiger men’s team and Mimi Land from the 15th-ranked women’s squad both earned trips to the national semifinals, a first for both student-athletes.

Land put together a consistent preliminary series, jumping a best of 19’11.75″ on the third attempt to secure a spot in the finals. From there, she only slid two spots after not improving on her best. The 11th-place position was good enough to secure at least one Tiger female NCAA bid three of the last four outdoor seasons in the long jump.

Abdul-Mateen was impressive earlier in the day with his back against the wall. The sophomore out of Covington, GA fouled his first two attempts and needed a legal mark to make the final 16. He did that, and improved to a leap of 24’11.75″ on his sixth and final attempt of the day. He was fifth out of 48 jumpers, earning the automatic bid to Eugene for the first time in his career. He is the fourth male long jumper in Clemson history to qualify for the NCAA Outdoor Championships, joining Kai Maull, George Kitchens and George Fields.

Keni Harrison had the top first round time in the women’s 400 hurdles. The sophomore from Clayton, NC ran a sizzling time of 55.77, lowering her personal best and the school record as well. She will compete for one of 12 spots in Friday’s quarterfinal round at 7:30 PM.

The 100-meter dash proved to be a fruitful event Thursday for the Tigers. All five competitors – three men and two women – moved on to the quarterfinal round. The three members of the men’s team – Tevin Hester (10.21), Reggie Lewis (10.22) and Warren Fraser (10.24) – were within three one-hundredths of each other. In the women’s opening round, both Dezerea Bryant (11.36) and Stormy Kendrick (11.61) advanced out of the fourth heat. The 100 quarterfinals begin Friday at 6:30 PM.

Brunson Miller clocked another personal best in the 400 dash. He was third place in the fastest overall section of the first round, eighth-fastest overall Thursday. Miller will compete in Friday’s quarterfinals at 6:15 PM.

Brittney Waller came close to qualifying in the discus, taking 15th with a mark of 160’7″. The senior out of Greenville, SC will have another shot Friday morning in the hammer throw. She gets the action started for the Tigers at 10 AM. Running events start at 5 PM.