As I got out of the car in the McFadden parking lot, all I could think about was how much fun I was going to have at the Clemson Soccer Summer Camp.

It was the summer going into my sophomore year of high school and my dad wanted me to start reaching out and going to the camps of colleges I was interested in. But, being a fifteen-year-old, college really wasn’t on my mind yet, so I was just happy to be at camp and get the chance to play the game.

Being a South Carolina native, I know that you are pretty much either a Gamecock fan or a Tiger fan, and I had been a Clemson fan since I was born. However, something about being on the campus that first day of camp felt special. The feeling was something that I could have never felt through a football game on my TV.

Over the course of the camp, I had a great time and met some new friends that I am still in contact with—including my current teammate George Marks, who was a participant at the camp with me. After camp ended, I was surprised and excited that I had caught the attention and interest in the coaching staff as well.

Despite all that happened at the camp, I would have never thought that this would be the place that I would eventually end up. 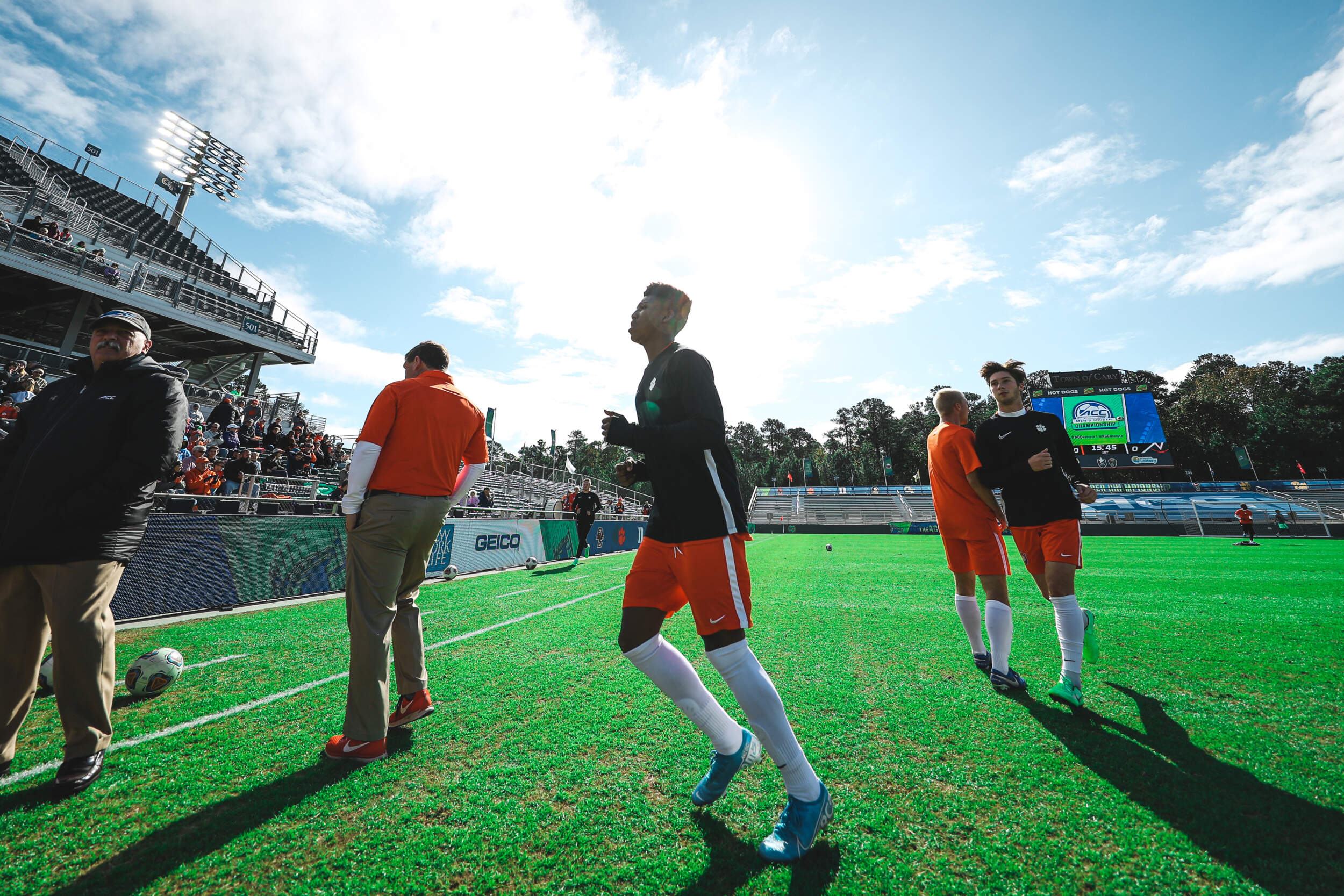 A few months later, I was back in Tigertown for my unofficial visit. Being in Clemson in the summer was cool, but the fall was a completely different environment. It was during this visit that I went to my first Clemson football game where Clemson played against Louisville. It might have been the best game I’ve seen in person. Watching the Tigers defeat Lamar Jackson and the Cardinals was insane. Back then, I had no idea who Lamar Jackson was, but knowing who he is now making that experience so much sweeter to look back on.

In addition to a great football win, I got to see the soccer team defeat Wake Forest under the lights of Historic Riggs Field. The result of the men’s soccer team was the most impressive part of the weekend to me. 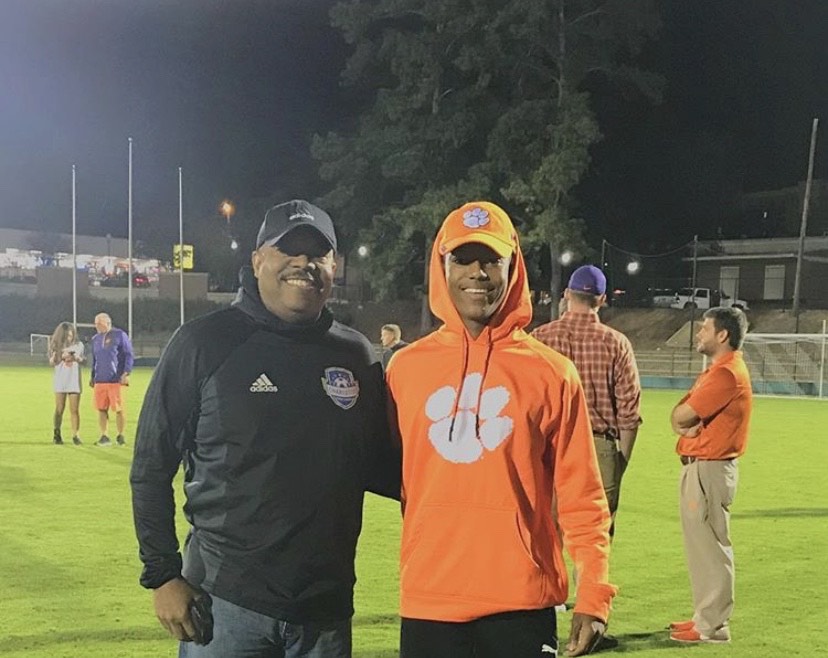 "Everything that happened that weekend made me fall in love with the school more than I already had been before, so much so that when I got home that Sunday night, I committed. There was no other place that I wanted to go"

The hardest part of the recruitment process was waiting two years until I actually got to sign because I committed so early.

After finishing out my senior year, it was finally June which meant it was time to go to Clemson and start grinding in the summer.

Being on Interstate 85, as my parents and I were heading towards Clemson, all I could think about was finally getting to the school of my dreams. The feeling was more than just getting to campus, but a sense of pride getting to be a permanent student-athlete.

When we finally got to campus, we started unloading the car and getting squared away with the help of some of the team’s upperclassmen. They all seemed like some pretty chill roommates, but I had no idea that those guys would end up being the best big brothers and guys that I love to this day. 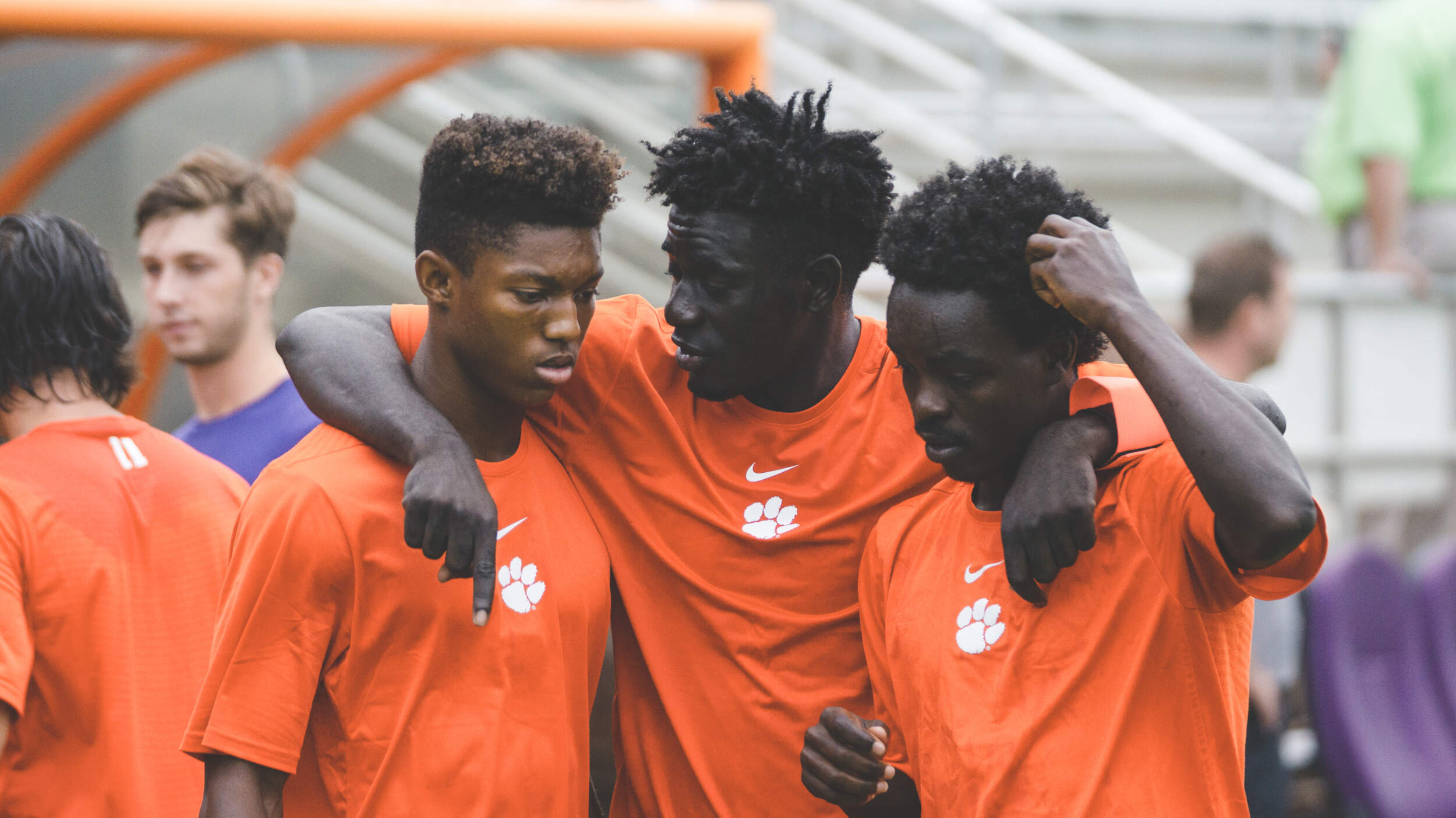 When my parents finally left my apartment, I was a little sad knowing I would be on my own and starting a whole new chapter of my life. This was the first time in a while I was forced to be out of my comfort zone. However, I adjusted and immediately got on with my teammates very well.

After a successful preseason ended, school started and that is when I really felt like a college student-athlete. Getting up early to go to training, scootering to class, seeing all the new faces I have never seen before, doing homework in triple E, and going to sleep so that I could wake up and do it all again.

It was everything I expected and more.

Being from two hours up the road in Rock Hill, S.C., I knew a lot of people from my area and the surrounding areas that were coming to Clemson, so the social aspect was quite easy to adjust to.

After a week of academics, training and getting acclimated to the college lifestyle, I was finally ready for the season to start.

The fall season was absolutely insane. Convincingly beating our rivals South Carolina, winning our first ACC match vs Notre Dame, dismantling Duke, getting my first start vs USC Upstate, beating NC State for the ACC Regular Season trophy, going to the ACC tournament finals, and making it to the Elite Eight of the NCAA tourney. 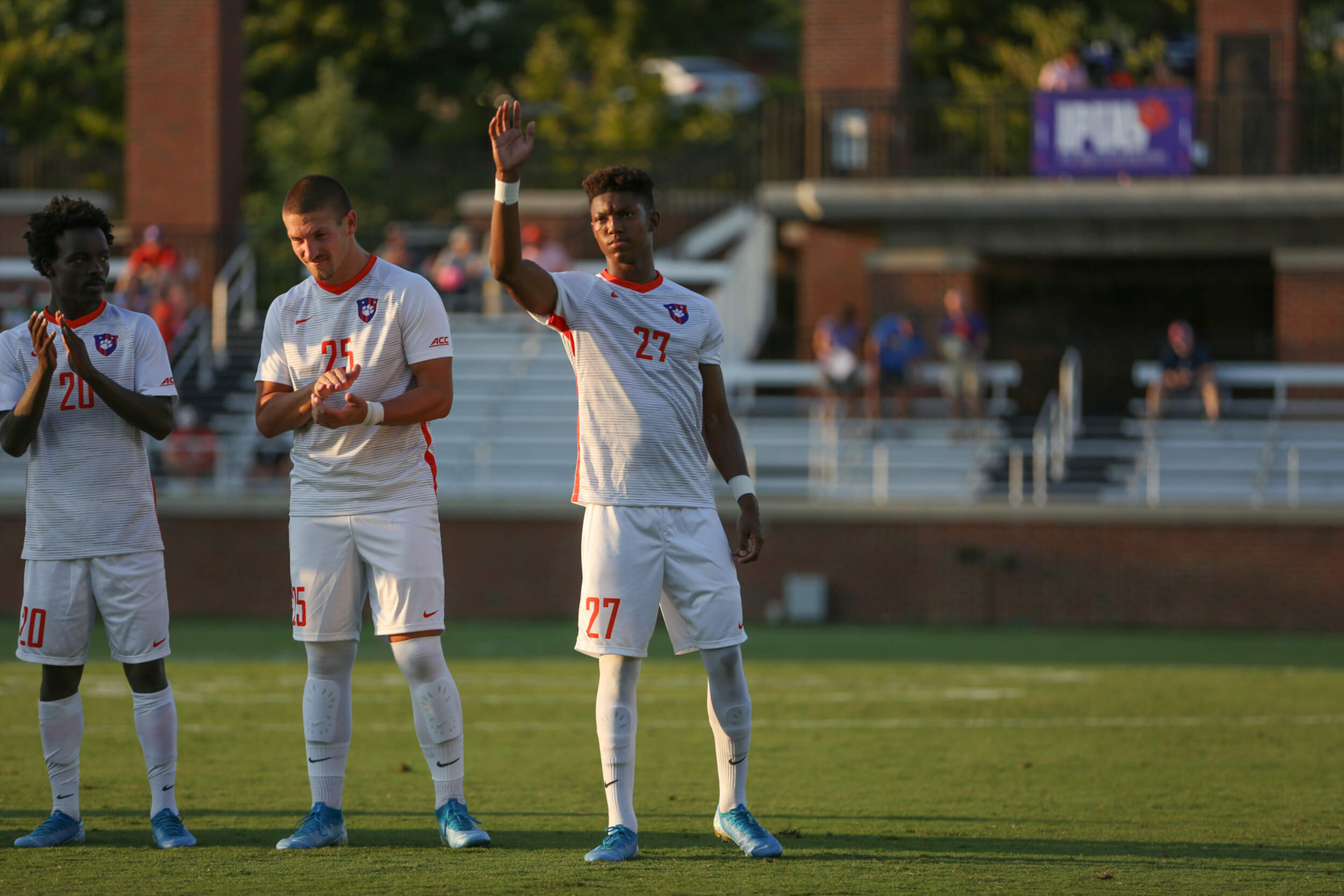 Even though we came up short in our ultimate goal for the season, we all knew that the team had accomplished so much. It was also that night after our final game that we became the closest we had been the whole year. I knew the team was extremely tight and that we had a great family dynamic. But after that night, I knew they were my brothers for life.

The leadership from the likes of Tanner Dietrich, Malick Mbaye, Nolan Lennon and Cale Thorne will leave an impact on my life forever. Their influence on the team flowed through the juniors, sophomores and down to the freshman. In August, a brotherhood was created and by December it was as strong as it could ever be.

After a great freshman fall, I was super excited to finish out the spring. Being back home for Christmas break with family and friends was a nice slower pace, but after a week I was itching to get back to Clemson.

It was finally the second week of January when I got back on campus for the spring. The whole campus was buzzing during my first week back and having our football team play LSU in the National Championship was a great experience to top it off.

Getting back into the training and school grind was great, as I longed for this since winter break. However, it felt nicer not being crammed with schoolwork since our spring season is way lighter than the fall.

The fun continued with the start of our spring season. I was grinding and really enjoying every second of my soccer with the lads — as we got goods to win against Duke and Wake Forest — and having more time to hang with friends. The spring was off to a great start individually and collectively as a team. 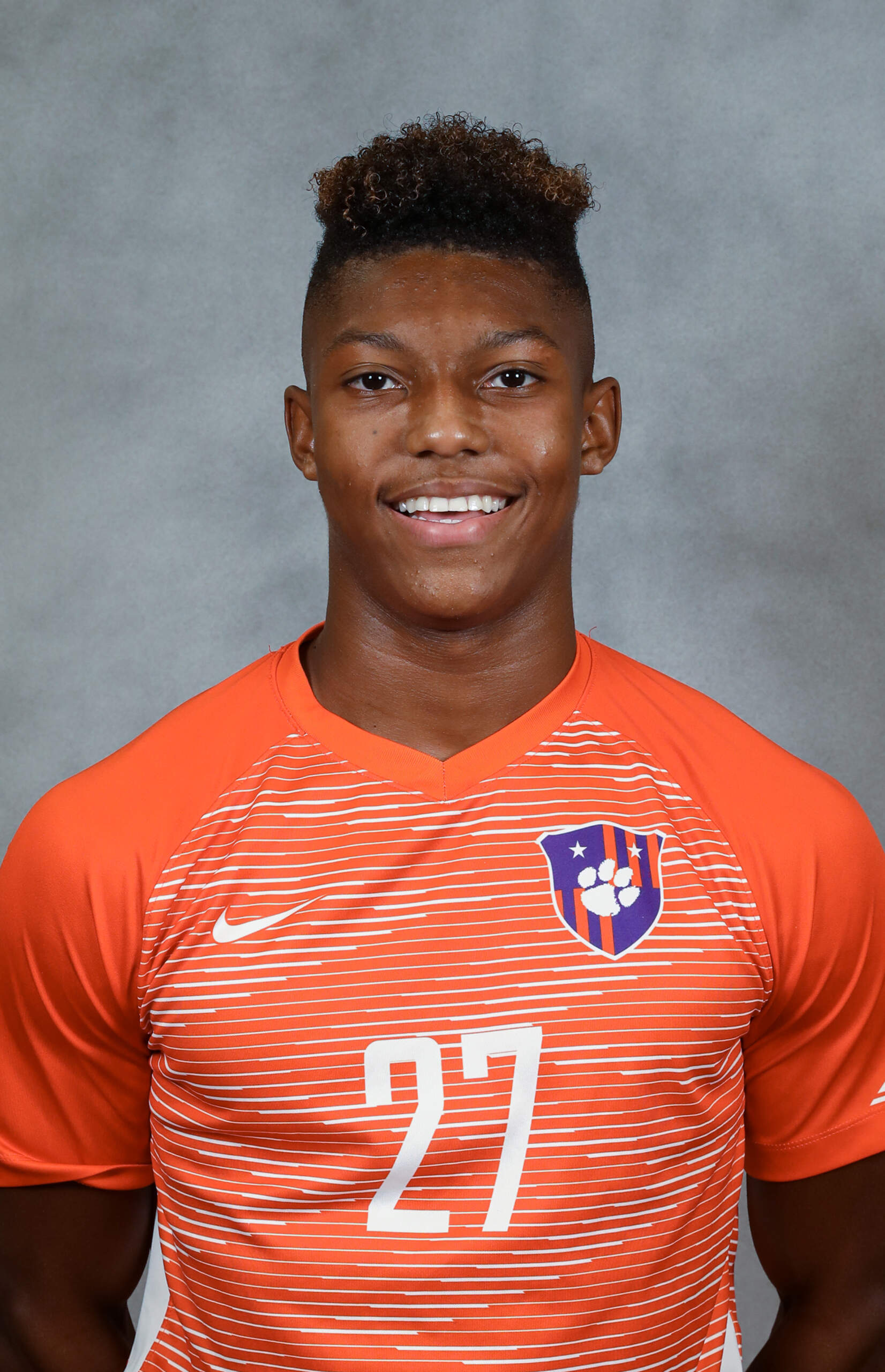 If I had one word to describe my freshman year at Clemson it would be—amazing. It exceeded all of my expectations I had set since committing my sophomore year of high school. The memories made, lessons learned, and relationships formed during my freshman year will be remembered forever.

I can’t wait to see what is in store for me in my sophomore year!