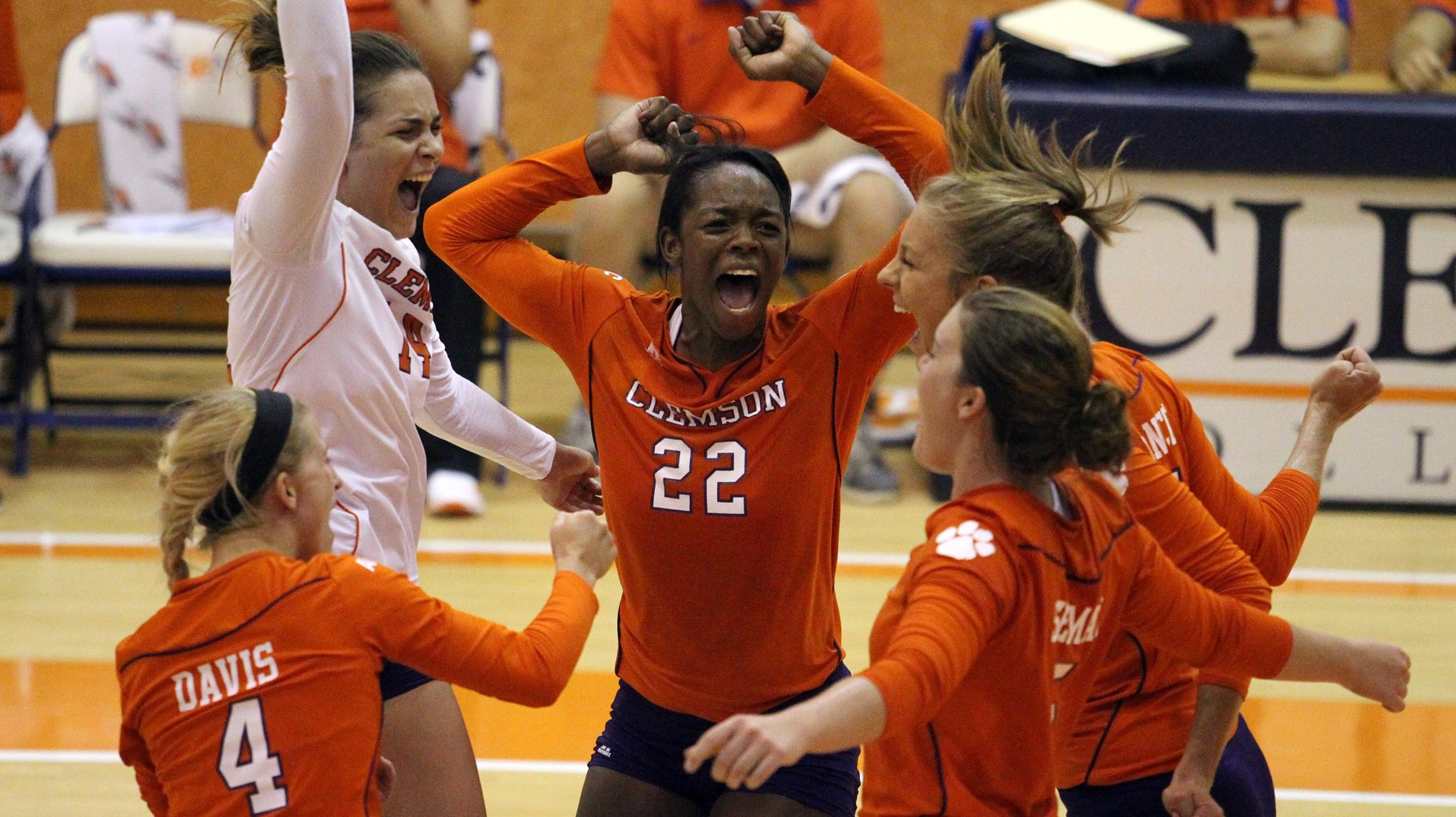 CLEMSON, SC – The Orange team defeated the White team, 25-20, 20-25, 15-12, in the annual volleyball scrimmage at Jervey Gym on Friday evening. The match served as the Tigers’ public exhibition match before opening the season next Friday at the Xavier Invitational.  Senior hitter Mo Simmons had 15 kills, ten digs, and two blocks for Orange, while newcomers Leah Perri and Beta Dumancic had seven kills apiece. Dumancic also led all players with six total blocks. Three members of the Team Orange – Simmons, Lou Davis, and Kristin Faust, tied for the team lead with ten digs. Kamryn Sherman had 30 assists and eight digs in guiding Orange to .245 hitting. On the other side of the net, Karis Watson led all players with 16.5 points scored, coming on 13 kills, two solo blocks, and three block assists. Senior Hannah Brenner had 21 assists and 15 digs, as Orange made a conscious effort to put the first ball on the setter. Sydney Moseley of nearby Simpsonville, had 11 digs for white, while Irem Bayramoglu used a variety of shots to amass eight kills.  Niki Collier and Milica Stamenic split time on each team at libero, with Collier finishing with 10 digs, and Stamenic tallying 14.  The season gets underway next Friday in Cincinnati, as Clemson will play 2012 National Semifinalist Michigan at noon and Northern Kentucky in the evening. They’ll then play host Xavier on Saturday at 4:00 pm. The home opener, the Big Orange Bash, starts on Sept. 6 with South Carolina in a 7:00 pm match.