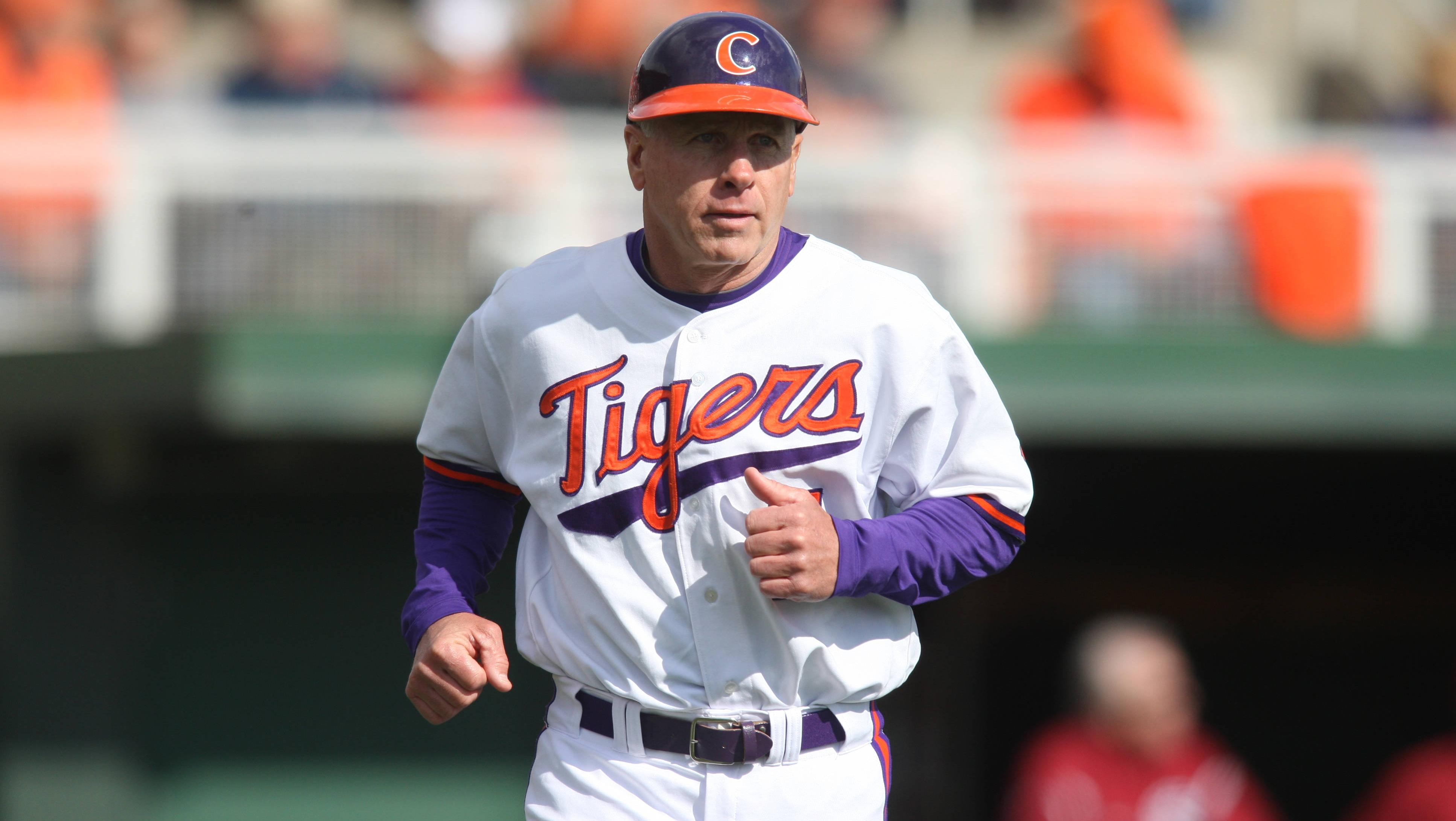 Orange Powers Past Purple 13-7 in Baseball Scrimmage on Saturday

Clemson, SC –The Orange squad defeated the Purple team by a score of 13-7 in seven innings in the second game of the Orange & Purple scrimmages at Doug Kingsmore Stadium on Saturday afternoon. The Orange team finished the game with 13 runs on 12 hits, while the Purple had seven runs on 11 hits.  Thomas Brittle hit a grand slam for the Orange squad in the fifth inning.  For the Purple team, Jackson Campana went 3-for-4 with two home runs and Mike Triller went 3-for-4.The Orange team struck first with five runs in the bottom of the first inning.  Maleeke Gibson walked with one out and Tyler Krieger followed with a single to put runners on the corners.  Shane Kennedy then singled to bring Gibson home and move Krieger to third. Later in the inning with two more runs already across, Andrew Cox walked to load the bases with one out.  Then Joe Costigan singled to bring two runs across to put the Orange squad up 5-0.The Purple team responded with two runs in the top of the second.  Jon McGibbon led off with a double and Campana followed with a line-drive homer to left to cut the Orange lead to 5-2. In the bottom half of the second inning, Gibson walked to lead off the inning and promptly stole second.  After a pair of flyouts to center, Garrett Boulware singled to right to score Gibson and extend the Orange lead to 6-2. In the fourth, Campana went deep to left for the second time in as many at-bats to bring the Purple closer at 6-3. The Orange squad, though, busted it open with a six-run fifth inning.  Boulware singled, moved to second on a balk, moved to third on a sacrifice bunt by Kevin Bradley, and scored on a single by Cox.  Brittle then came to bat two batters later with the bases loaded and hit a grand slam to deep right-center to put the Orange ahead 11-3.  Gibson followed with a triple and came home on a sacrifice fly to center by Krieger to make it 12-3. The Purple answered with two runs in the top of the sixth.  With one out, Mike Dunster reached on an error and Triller singled to put runners on first and second.  A groundout moved the runners to second and third with two outs when Jay Baum doubled to right-center to bring both runners home and make the score 12-5 Orange. In the bottom half of the sixth, Cox hit a two-out single and moved to third on a pair of wild pitches.  After a walk by Costigan, John Mulkey singled to bring in Cox and up the Purple’s lead to 13-5. To get things started for the Purple in the seventh, Campana registered his third hit of the day, a single to right.  Matt Reed doubled to deep center to put runners on second and third with one out.  Dunster then grounded out to second to score Campana and Reed later came home on a wild pitch to make the final score 13-7. The Tiger baseball team will conclude fall practice with their final Orange & Purple scrimmage on Sunday at 1:00 PM at Doug Kingsmore Stadium.  Admission is free. Team      1 2 3  4 5 6  7   R  H  E————————————Purple    0 2 0  1 0 2  2   7 11  2Orange    5 1 0  0 6 1  X  13 12  1