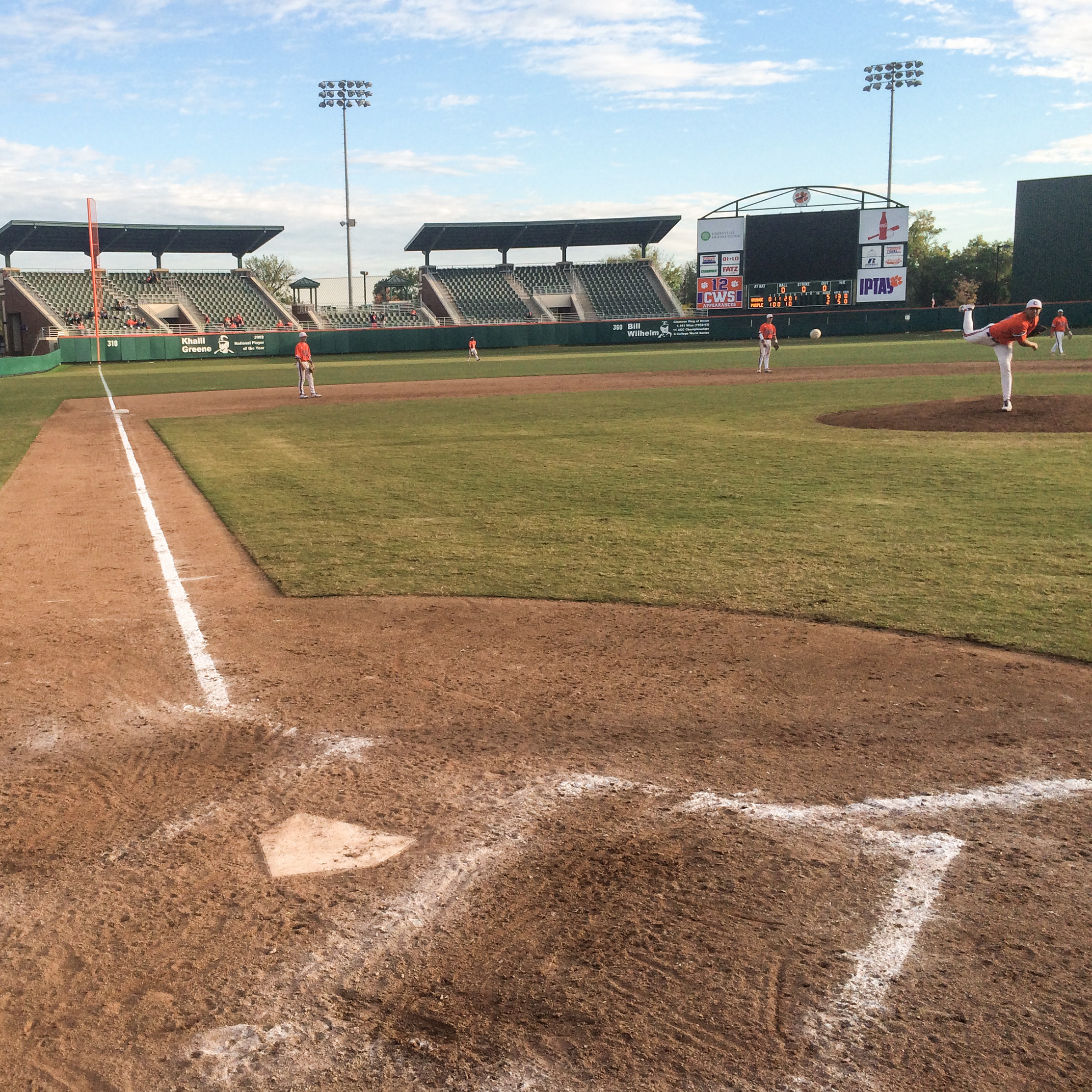 CLEMSON, S.C. – Orange withstood a furious Purple rally in the seventh and last inning in its 7-6 win to take a 2-0 series lead in the Orange & Purple scrimmage Friday. The final intrasquad scrimmage (free admission) is Sunday at 1:30 p.m. at Fluor Field in Greenville, S.C.

Trailing 7-2 entering the bottom of the seventh inning, Purple scored three runs to cut Orange’s lead to 7-5. With runners on second and third and two outs, Reed Rohlman grounded an infield single to shortstop Eli White. Glenn Batson scored on the play, but an alert White picked up the ball and threw a one-hopper to catcher Robert Jolly, who scooped the in-between hop and tagged Tyler Slaton to end the game.

The Orange squad scored in five of the seven innings and totaled 16 hits. Jolly went 4-for-5 with a double, two RBIs and a run. Maleeke Gibson went 3-for-4 with a double and three RBIs, while White and Mike Triller added three hits apiece. Rohlman paced Purple, who totaled 10 hits, by going 3-for-5 with an RBI, while Slaton and Drew Wharton added two hits apiece.

Freshman lefthander Charlie Barnes allowed two runs on three hits in 4.0 innings pitched in a starting role to earn the win, while Drew Moyer picked up the save.