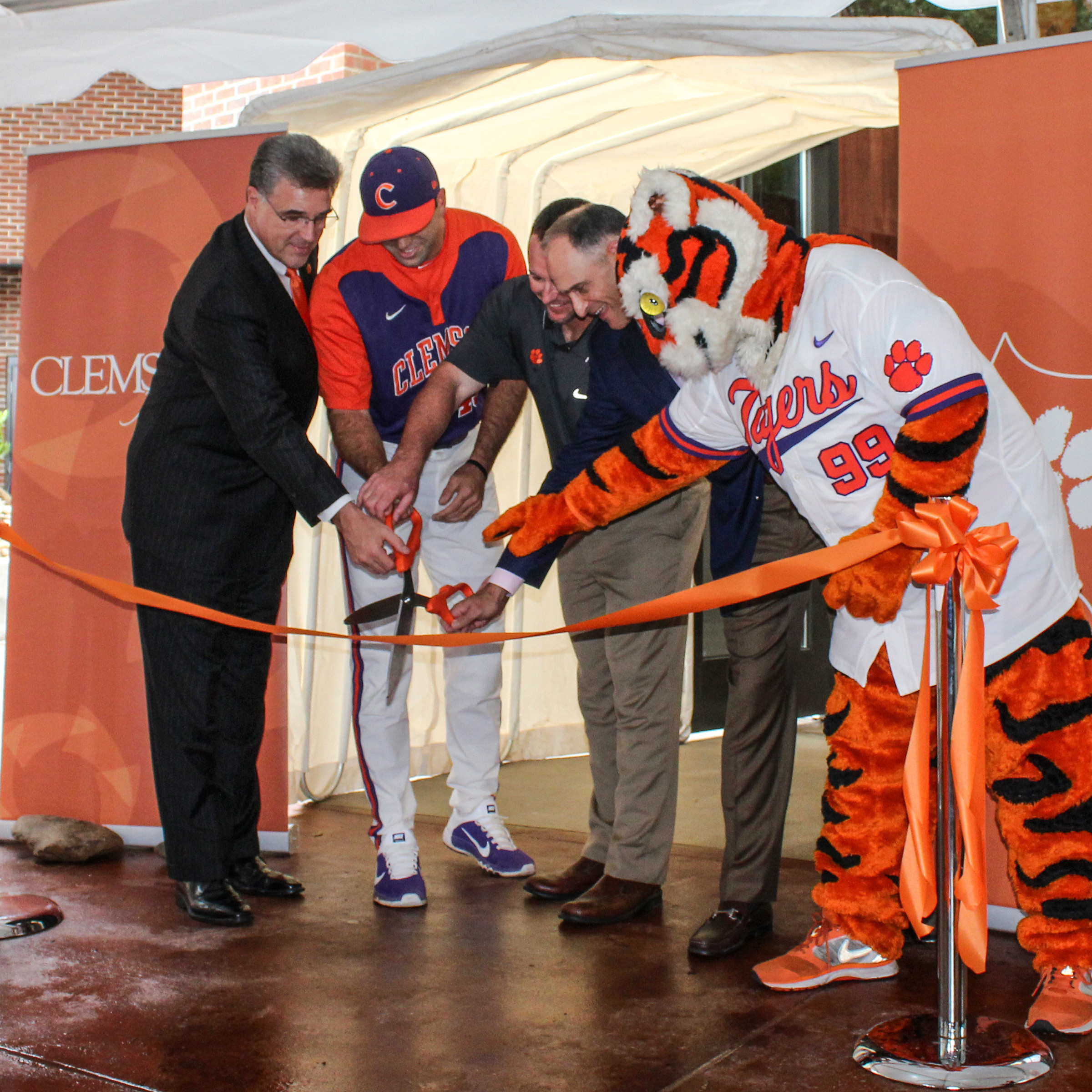 The new player facility at Doug Kingsmore Stadium is open for business.

After months of hard work by construction crew members, the latest addition to Doug Kingsmore Stadium was officially dedicated with a ribbon-cutting ceremony on Friday afternoon.

The $9 million facility, which houses all the team operations for the baseball program, was greeted by hundreds of supporters, alumni, fans and former players, including Patrick Boyd, Mike Calitri, Doug Livingston, Ryan Riley, Justin Singleton and Henrí Stanely among others.

Director of athletics Dan Radakovich, head coach Monte Lee and Patrick Andrews all spoke to those in attendance and expressed their appreciation for the hundreds of loyal supporters who gave money, time and resources to help see this project come to fruition.

It is the first building to open as part of the Will to Lead Campaign. Former players Bob Mahony, Neil Simons and many others were instrumental in the process of raising funds for the facility, which houses lounges, gameday operations, laundry, training rooms, pro locker room, team room, coaches offices, conference rooms and balconies that help make it one of the finest facilities of its kind in the nation.