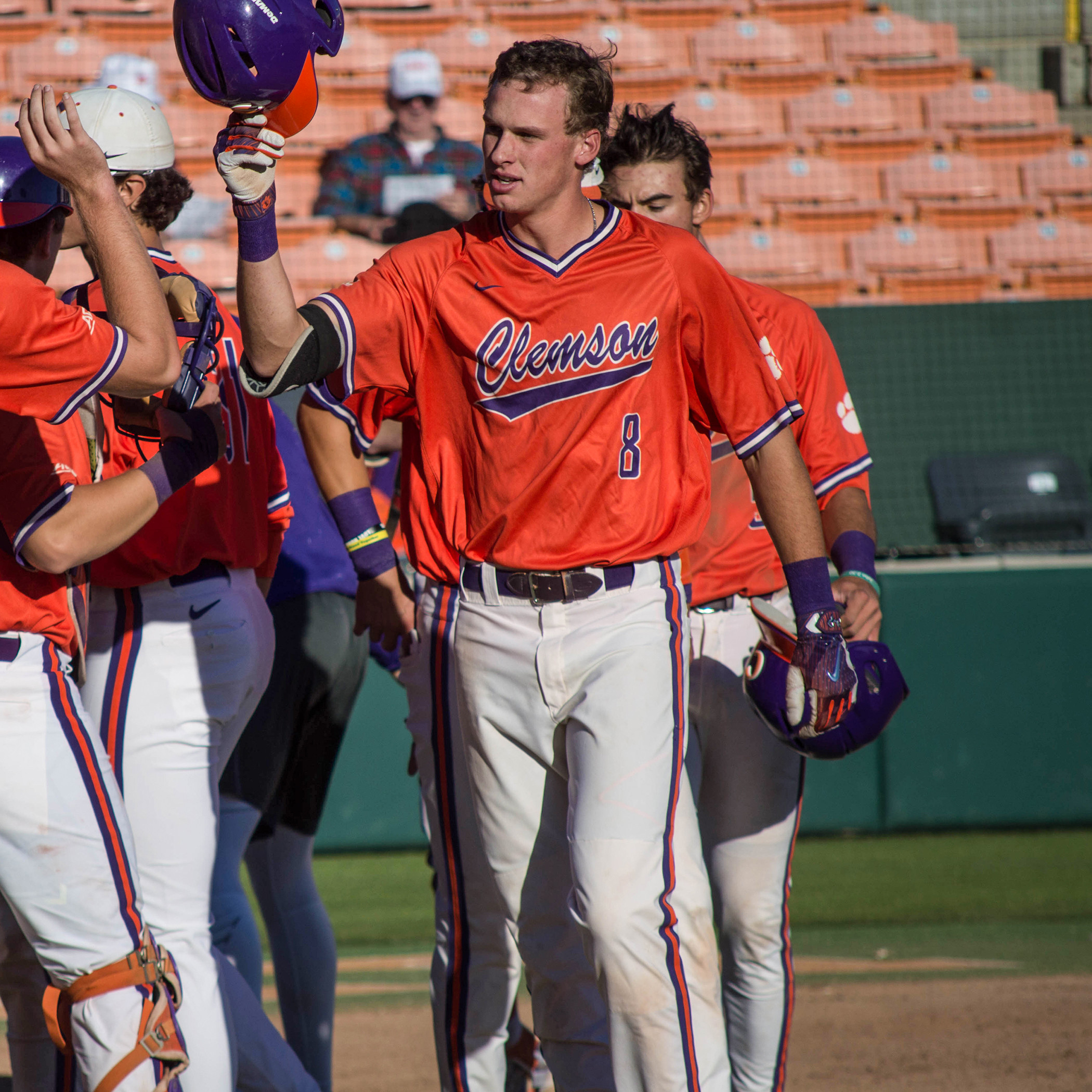 Logan Davidson was Clemson’s top hitter in the series, as he was 4-for-12 with three home runs and five RBIs. Drew Wharton and Kyle Wilkie were both 3-for-9, while freshman Matt Cooper was 4-for-12 with two RBIs. Seth Beer added a homer, five RBIs, two walks and a hit-by-pitch.

Game one, a seven-inning contest, at Doug Kingsmore Stadium saw the Purple team come out on top 5-4. Davidson’s three-run homer provided the biggest highlight for Orange, but Wilkie hit two doubles and scored two runs to lead Purple to victory. Jacob Hennessy pitched the final 2.1 innings to close out the one-run win.

In game two, another seven-inning game at Doug Kingsmore Stadium, Purple prevailed 16-12. Orange jumped out to a 9-0 lead with nine runs in the top of the second inning, keyed by Wharton’s two-run single. But Purple responded with seven runs in the bottom of the second inning, sparked by Beer’s three run-homer. Trailing 11-9, Purple scored seven runs in the sixth inning thanks in large part to Elijah Henderson’s two-run triple.

Game three was a 10-inning contest at Fluor Field in Greenville, S.C., as Orange scored two runs in the bottom of the 10th inning on a two-out error to win 4-3. Davidson hit a solo homer in the first inning for Orange, his third in as many Orange & Purple Scrimmages. Robert Jolly went 3-for-5 with a double and an RBI, while Cooper hit an RBI double.

The Tigers open the 2018 season with a three-game home series against William & Mary from Feb. 16-18.