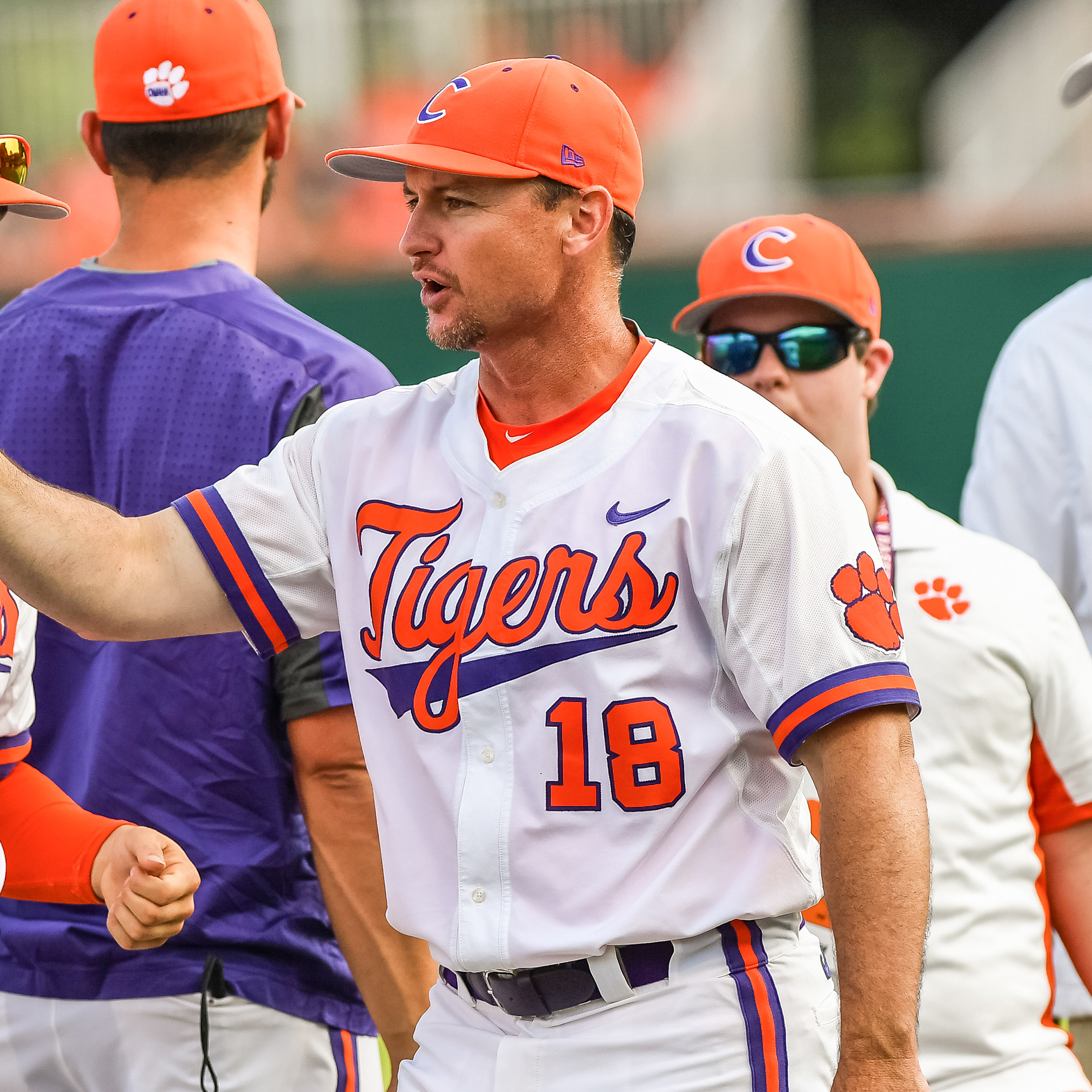 CLEMSON, S.C. – Heading into this year’s fall practice, head coach Monte Lee was excited to see a high level of competition amongst his players, and the Orange & Purple Scrimmages at Doug Kingsmore Stadium over the weekend did not disappoint. While the Orange team won an offensive shootout in game one and a pitchers’ duel in game two, Purple battled back and spoiled the sweep in game three, concluding the fall season.

“It’s tough in the fall when you’re playing against each other as much as we do intrasquad scrimmages,” said Lee. “It can become a little monotonous. We have to constantly preach to the guys that, “We have to compete against the game. Regardless of the opponent, it’s still baseball.’ That’s been the big message, and I think our guys have responded very well to that.”

Game one featured explosive offense from both teams, with Orange winning 14-6. The scoring opened in the second inning with a two-out grand slam by Chris Williams for Orange, and balls continued to fly. Purple got on the board in the fourth inning with a Robert Jolly solo homer and took the lead in the sixth inning when Jordan Greene hit a grand slam, but Orange was not done. Seth Beer added to Orange’s total with a three-run homer as part of a six-run seventh inning, and pitchers Jeremy Beasley, Paul Campbell and Ryne Huggins shut Purple’s offense down for the final three innings.

Saturday’s game was the opposite of the first, as Alex Eubanks (Orange) and Tyler Jackson (Purple) found themselves in the middle of a pitchers’ duel. Jackson retired the first 11 batters he faced before allowing a two-out hit to Williams in the fourth and then retired the next six batters, completing a solid outing of 6.0 innings pitched with five strikeouts. Purple took a 1-0 lead in the fifth inning on Greene’s RBI single, but a Drew Wharton bases-clearing double sparked Orange’s second six-run seventh inning.

On Sunday, it looked like Orange was going to complete the sweep when it took a four-run lead in the third inning, but Purple used the “shotgun” (loading the bases with no outs) to their advantage in the fifth inning and manufactured five runs, taking the lead and never giving it back. Purple tacked on three more runs in the sixth inning on an RBI off the bat of Brock Howard and a two-run homer by K.J. Bryant. While Orange used the “shotgun” to add two more in the bottom of the frame, righthander Andrew Papp came in and stopped the Orange offense to solidify the 8-6 Purple victory.

“This fall has flown by,” added Lee. “I think we’re much deeper on the mound, and I think that we’re going to be really, really good offensively. I think we’ve got a chance to have a special lineup this year. We’re also much improved defensively.

“But the big key for us is to stay healthy. We’ve got to do everything we can in training, the weight room and with proper rest to do all the things we need to do to get our bodies ready for the spring, because a 56-game schedule is tough, especially against the competition we play.

“I’ve been very, very pleased. It’s been a ball club that shows up every day, and they punch the clock and go to work. It’s a low-maintenance group of players. They work hard and do everything that we ask them to do. I feel really good. I like our lineup, I like our defense, but we’re going to have to be ready to go when we start the season in February.”

The Tigers open the 2017 season with a three-game series at home against Wright State from February 17-19.