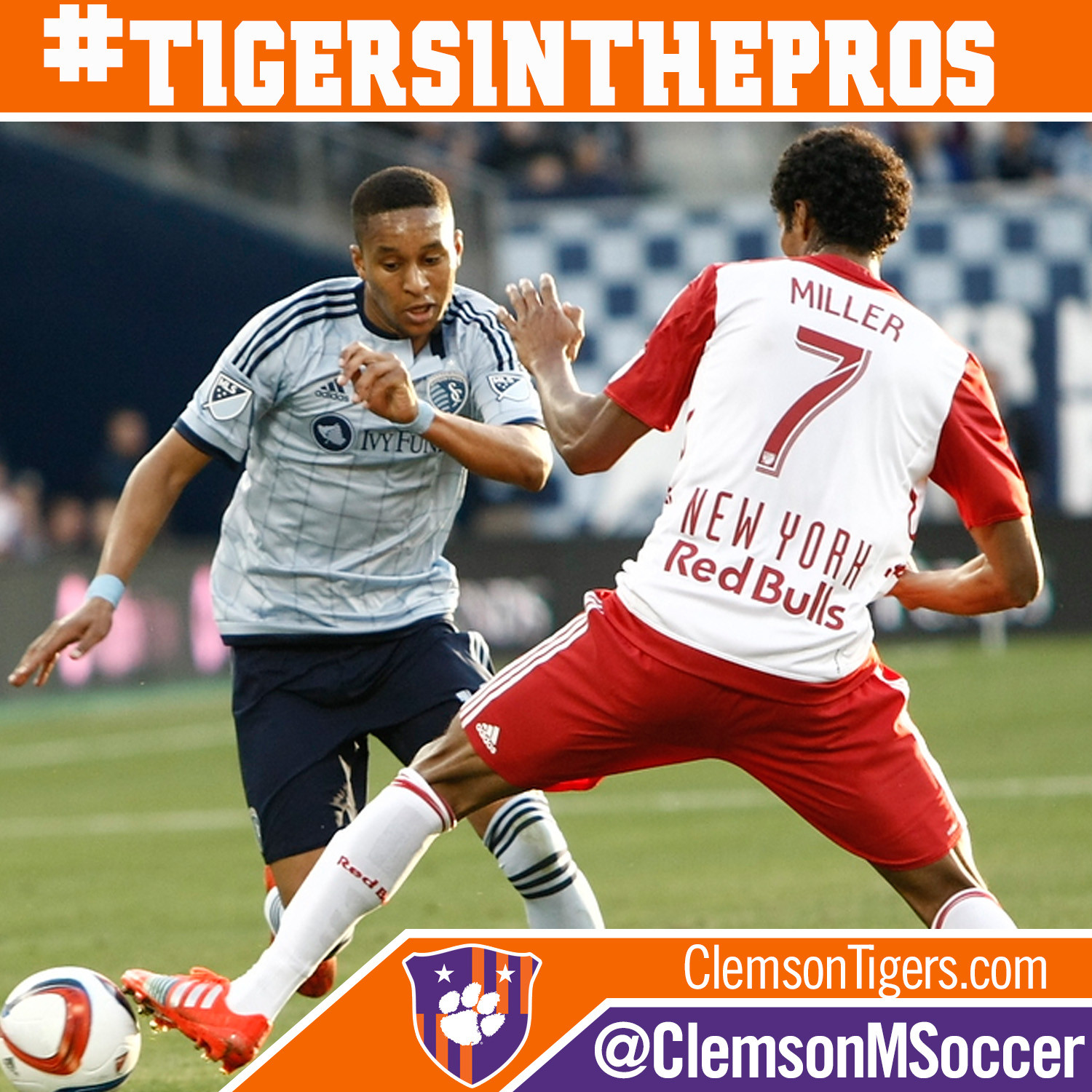 Amadou Dia, the 20th overall pick in January’s MLS SuperDraft, started his fifth game for Sporting KC this past weekend, a 4-0 win over FC Dallas. Dia’s played over 500 minutes this season.

Thomas McNamara, a 2013 Clemson graduate, was on the bench for New York City FC this weekend in a 1-1 draw with the Houston Dynamo. Nathan Sturgis, another Clemson graduate, has started seven matches for Houston this season, but didn’t play against NYCFC.

Oguchi Onyewu, fresh off a 13 year professional career in Europe, training with NYCFC for the next two weeks on a trial to see if there’s a mutual fit. Onyewu has been hampered by injuries throughout his promising career. Most notably, he ruptured his patella tendon in 2009 during World Cup qualifying with the U.S. National Team. He was named the 2006 U.S. Soccer Athlete of the Year following a college career at Clemson.

Dane Richards played substitute minutes for the New York Red Bulls this weekend against Clint Dempsey and the Seattle Sounders, the Sounders got a 2-1 result.

Chris Glodack was dressed and on the bench for the Tampa Bay Rowdies this weekend, a 2-2 draw with the Indy Eleven in Indianapolis.

Jack Metcalf and the Charlotte Independence advanced to the fourth round of the U.S. Open Cup this weekend with a 1-0 win over NASL side the Carolina Railhawks. The Independence move on to face MLS side the New England Revolution in Boston on June 17. Hunter Gilstrap, a former Clemson goalkeeper with the Railhawks this season, did not see action against the Independence.