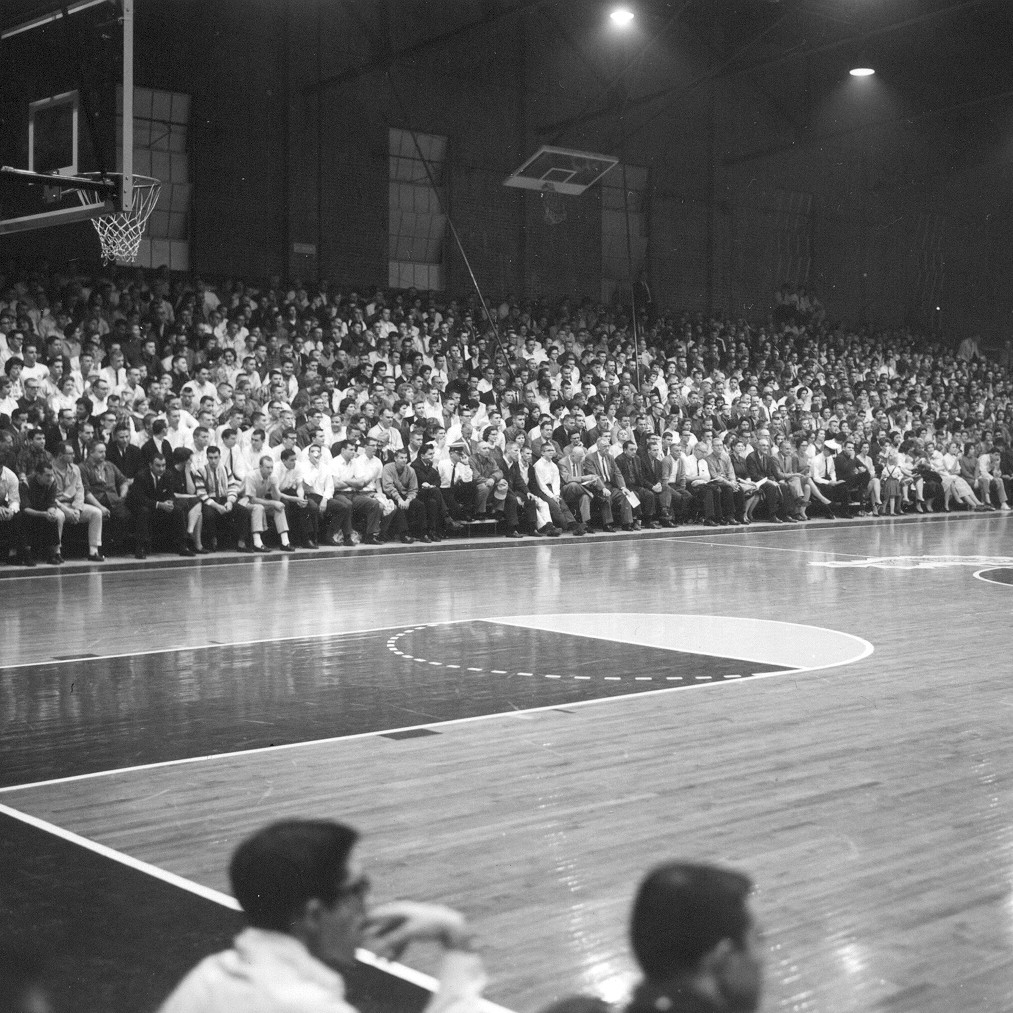 One & Only Fike Field House

Perhaps one of the most difficult places for an opposing team to play a college basketball game during the 1930-1960 era was in Clemson’s Fike Field House, located northeast of Memorial Stadium.

Fike Field house was the “crowning jewel” in Clemson’s campaign to improve its intercollegiate athletic facilities in the earlier years.   After Riggs Field was dedicated on October 6, 1915, attention was turned to a new field house and basketball arena.

The Tigers needed a place to dress and train indoors during inclement weather and more than anything a better basketball arena was needed.   However, it would be some time before the first ball was shot in the building.  A lot of this was due to the poor economic conditions at the time.

Josh Cody was the head coach of both the football and basketball teams, the last coach in Clemson history to coach the two revenue producing sports.  Athletic director Mutt Gee and Cody were instrumental in the building of the new Field House, which gave Clemson a state-of-the-art basketball arena during that day.  The gymnasium was built at a cost of $60,000 and was the first stage of Fike Field House to be built.

Furman defeated Clemson 34-28, on January 7, 1930 in the dedication game of Clemson’s new field house.  A dream had come true with the opening of the new facility.

“It was a “pleasing building of multi-colored brick which made it more attractive to an onlooker’s aesthetic sense,” according to the 1930 Clemson University yearbook TAPS.  But to opponents it was feared and a place where they did not want to play—a real home court advantage for the Tigers.

On April 11, 1941, Clemson dedicated the front segment of Fike Field House.  The $75,000 unit housed Athletic Offices, dressing rooms, 23 dormitory rooms and a memorial hall.  This wing is the front entrance that is used today in the newly refurbished recreation center.

This facility is where the football players dressed before football games, practices, etc., and it was necessary that the Tigers use the hill to enter Memorial Stadium, simply because it was the shortest route to the south sidelines.   Thus the famous “running down the hill” was born.  The Tiger football team once practiced on the large field behind the north stands that is used for intramural activities today.  Fike became the hub of the Clemson Athletic Department.

This front segment of Fike was built with monies received from the Tigers 6-3 win over Boston College in the 1940 Cotton Bowl Classic in Dallas, TX.

“There wasn’t any place I dreaded playing more than at Fike Field House at Clemson said Former Wake Forest Head Coach Horace “Bones” McKinney in an earlier interview.   “You could never run away from the crowd there,” he added.

“In some places you could get way ahead and put the crowd to sleep.  Never in Fike, though, no matter how far down Clemson was, all they had to do was make a couple of quick baskets and the whole place would start shaking again.”

Another characteristic of the building that everyone who ever played or coached in Fike recalled would be the darkness. “The bricks were dark, the wood floor was dark, the lights were poor,” McFadden said.

“That place was so dark,” said McKinney.  “The referees had to come in wearing coal miners’ helmets. It was dark brown everywhere, and when they started playing things were pitch black. People’s feet were the out-of-bounds marks and they’d sit there and pluck the hair on our players’ legs when they tried to throw the ball in.”

The thing opponents remembered the most about Fike was what Former Clemson football and basketball All-American and former Clemson Head Basketball Coach Banks McFadden called “the biggest advantage-the crowd.”

“There wasn’t anything else-for the students to do,” McFadden remembered. ‘There weren’t so many cars, and a lot of the underclassmen had to stay on campus anyway. So they came to the game. We had seats for the students and faculty and a few people from Greenville or Ander­son. “Nobody drove down from Charlotte or up from Atlanta like they do today. Even if they did, we didn’t have anywhere to put them.

There just wasn’t enough room. We could put 4,000 or so people in there, including some who had to sit around a live steam pipe that ran around the top of the seats. And the team had to sit on the first row of bleachers.”

“That place earned every name that it was called,” McKinney said. “It was called the Snake Pit, the Sweat Box, the Cow Palace, and it could be a real hell-hole. There was nothing but dark, and all you could hear was the crowd roaring —louder and louder.

“I’d call a timeout to change strategy, and there’d be 30-40 young men looking over my shoulder as I wrote on the sideline in chalk. They kept hollering, ‘No, Bones, that’ll never work.’ ‘You better get back on the bus’, ‘That plan wouldn’t win in Peewee League’, things like that. They wouldn’t stop!”

“It was a different time back then,” McFadden said. “The game and conditions have improved 20, 30, maybe 10,000 times since then. But relations were different then, too. It’s a pleasant time to look back on.”

It’s not fun to look back on if you were the visiting team in Fike.

“There was one Clemson-Wake Forest game at Clemson,” McKinney recalled. “I had just finished having a heated discussion with the referees and was heading back to the bench. Out of the corner of my eye I saw this thing sailing toward me. I spun around and caught this chunk of ice. It must have been bigger than three baseballs wide.

“I yelled, what idiot threw this thing?  And this huge, I’m talking like 300-pounds huge –Clemson football player stood up and said, ‘I did.’ “I just grinned and said, how do you like the game so far?”

“Banks, when he was coaching at Clemson, would either have some of his football players or the band sitting behind my bench,” said McKinney.   “I can still see a big tuba right behind me blasting out Tiger Rag several times during a game.  I got real familiar with that fight song, Tiger Rag.”

Fike served Clemson as the campus gymnasium, dance hall, and boxing ring.  Since the 1975-76 season, the Clemson men’s and women’s varsity swim teams staged their meets in the McHugh Natatorium until the programs were dropped in 2012. On December 4, 1975, the first swimming meet was held at Fike as the Tigers defeated Furman 72-41.  The women’s diving team currently uses the facility for home meets and practice.

Boxing was a varsity sport at Clemson in 1928 through the 1948 seasons.  There were many nights when there was a basketball-boxing double header.   They would play the basketball game first and then would start the boxing afterwards. Crowds would cram into Fike Field House and have an exciting Saturday night.

Clemson spent 39 basketball seasons at Fike and finished with 200 victories in the building.  The boxing team had an incredible record of 33-4-4 in the building for a .854 winning percentage during its years of existence (1928-1948).