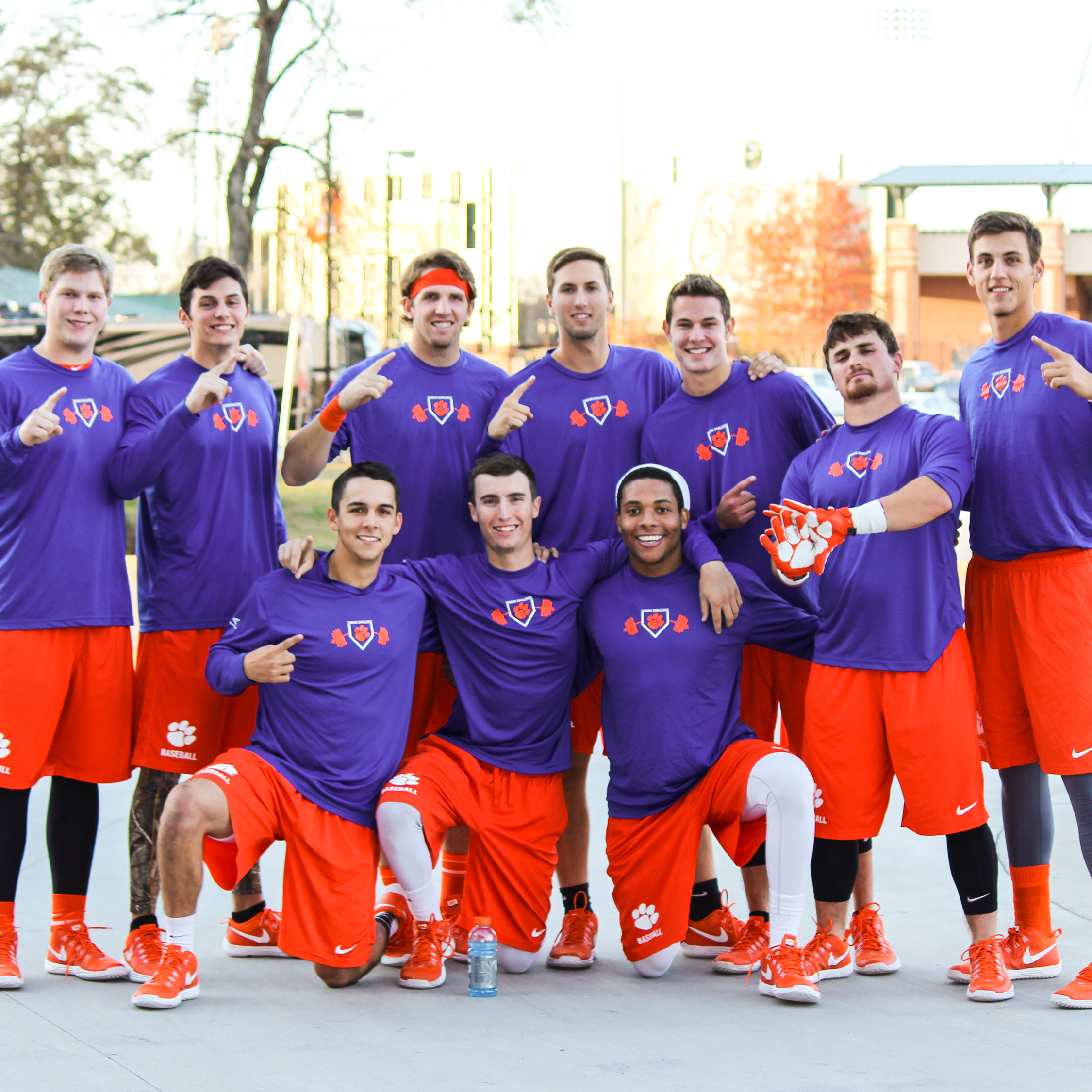 Omaha Challenge a Hit With Players

CLEMSON, S.C. – In the fall of 1998, Head Coach Jack Leggett conceived a first-of-its-kind offseason competition to test his players and build team unity. With Clemson’s College World Series tradition, he coined the competition the “Omaha Challenge.”

Sixteen years later, it is an often-imitated event throughout the country. What once was a set of drills limited to the weightroom has turned into a challenging yet fun compilation of events ranging all over Clemson’s picturesque campus.

The team-building and camaraderie the Omaha Challenge instills in every Tiger player is evident after watching the teams excitedly and passionately endure the following 11 competitions.

Dennis Love, director of Olympic sports strength & conditioning, was there every step of the way to direct the events. First-place teams for each event received 100 points, second place 75, third place 50 and fourth place 25. There were four teams with one captain per team. Those captains had a draft to choose players they thought would be well-rounded in the wide array of events.

In the end, Team Blue, captained by senior outfielder Tyler Slaton, came out on top. Heading into the final event Friday (Obstacle Course), Team Blue was tied with Team White (captained by Steven Duggar). Members of the winning Team Blue were:

The Obstacle Course was the most grueling of the 11 events, testing players stamina and strength across the 100-yard indoor football practice facility field. It’s safe to say Leggett saved the best, and hardest, event for last.

Special thanks to the Clemson track & field, diving, football and rowing programs for use of their facilities.